You are here: Home / Events / 5 Things to do Around Bend This Weekend

This weekend, find holiday traditions such as A Tower Christmas and the “Santaland Diaries”. There’s also the first Apres Ski Bash of the season and Sisters Fourth Friday arts stroll. 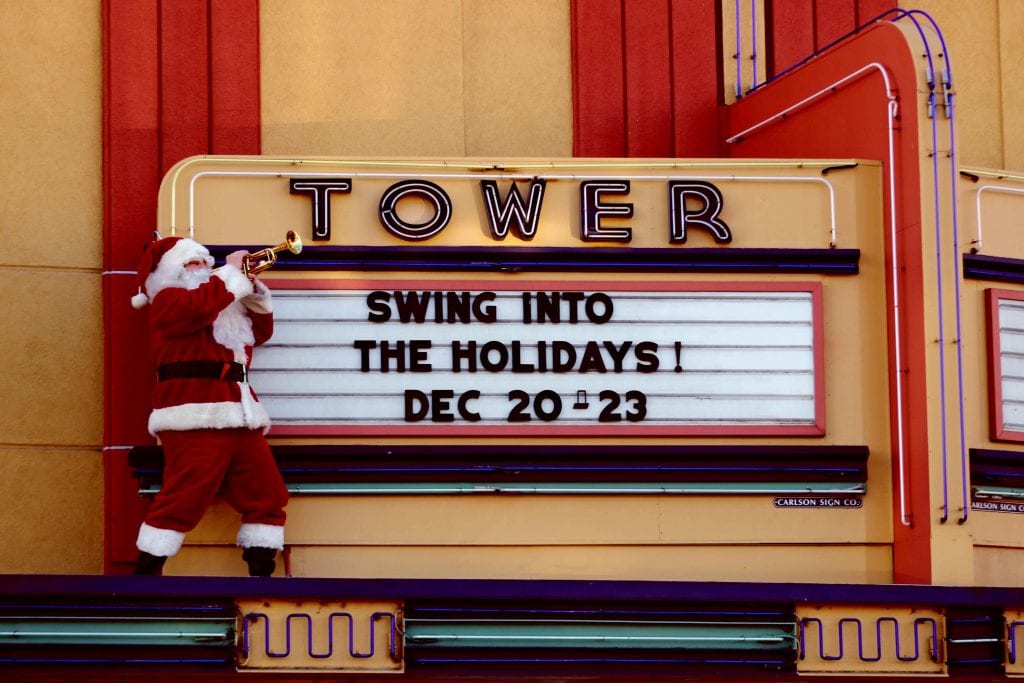 Photo courtesy of the Tower Theatre

Featuring the eighteen-piece Tower Big Band, A Tower Christmas is a holiday tradition in Bend. This year’s theme is “Swing Into the Holidays,” and the family-friendly performances will feature classic as well as contemporary holiday music.

For those looking for an alternative Christmas story, 2nd Street Theater is producing David Sedaris’ iconic “Santaland Diaries” this year. There will be five chances to see Clinton Clark perform in the cult classic one-man-show this weekend.

Mt. Bachelor brings the party down from the mountain for its Apres Ski Bash series at Crow’s Feet Commons. Oregon rock duo The Helio Sequence returns for the first in a series of parties to run all winter on Friday, December 22. There’s beer from Deschutes to sip by the fire while you listen to live music and trade shred stories.

If you’re in Sisters this weekend, head downtown on Friday evening for the Fourth Friday Stroll. Local businesses and art galleries will stay open later for you to browse artisan gifts and local art. Sisters is a hub of art in Central Oregon, with twenty local art galleries.

Piano masters David Goldblatt and Darrell Grant will perform on December 22 and 23 at the Riverhouse on the Deschutes. On December 22 at Volcanic, it’s the annual Ugly Pants Party with AKA Faceless and Streetlight Moon.