You are here: Home / Weekend / 5 Things to do Around Bend This Weekend

Our picks for the weekend include independent films, beer, live music and supporting the local food movement. 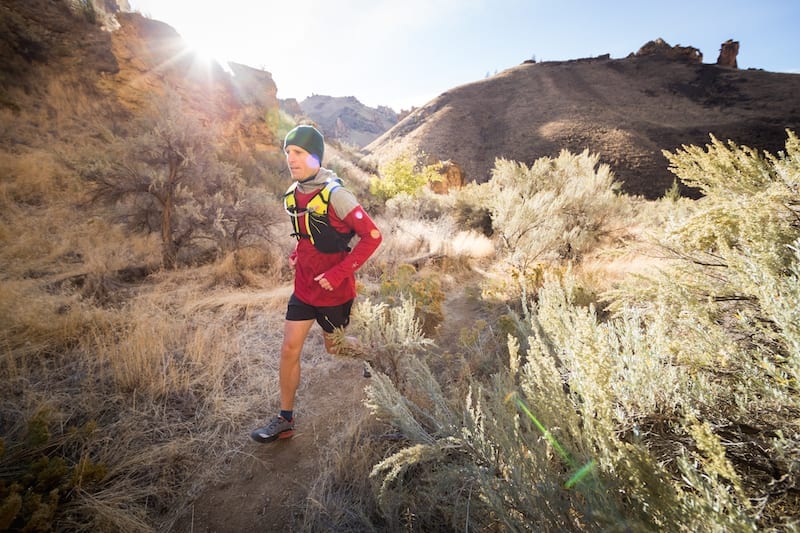 From a film at the Wild & Scenic Film Festival this weekend. Jereme Monteau trail runs in the Owyhee Canyonlands in Eastern Oregon.

The tenth annual Wild & Scenic Film Festival will showcase independent films “where epic adventure and environmental advocacy meet.” The one-day festival is a national touring program, and the proceeds from this presentation will benefit the Oregon Natural Desert Association. Held at the Tower Theatre in downtown Bend, the matinee presentation begins at 4:30 p.m. and the evening show starts at 8 p.m.

The BendFilm Festival is Bend’s marquee annual cultural, with the town full of filmmakers and film buffs here to see some of the best independent films made this year. Though the festival isn’t for another couple of weeks, the kickoff party happens this weekend where you can preview clips for the upcoming festival. The theme is “Once Upon a Time in the West,” and costumes are encouraged. The party is hosted by G5 in the Franklin Crossing building in downtown Bend. Ticket and event information at g5bendfilmkickoff.com

See more than one hundred musical acts perform throughout the weekend at the Bend Roots Revival Music Festival, a free community festival hosted by the nonprofit Rise Up International. All the proceeds from the event will benefit arts education in Bend. The event is family-friendly, and there will also be local food and drink vendors on site. The event takes place along Shevlin-Hixon drive near the Les Schwab Amphitheater.

The arrival of fall means fresh hop season for local breweries. Twenty breweries from across the Pacific Northwest bring out their fresh hop beers for the Sisters Fresh Hop Festival, now in its eighth year. The family-friendly festival held at Village Green Park in Sisters is a benefit for the American Cancer Society and will have local food vendors on site as well as live music.

Support Central Oregon’s growing local food movement by taking part in the High Desert Food & Farm Alliance’s (HDFFA) Local Food Challenge that takes place October 1-7. HDFFA will give away gift cards to purchase food from local farmers to participants who complete small daily challenges that will test your knowledge of food, product seasonality and local agriculture. Learn more and sign up for the challenge at hdffa.org