You are here: Home / Events / 6 Things To Do Around Bend This Weekend

Our picks for Martin Luther King Jr. weekend include plenty of live music indoors and out, as well as a beer festival at McMenamins, Hoodoo’s Backcountry Festival and the annual Polar Bear Run in Redmond. 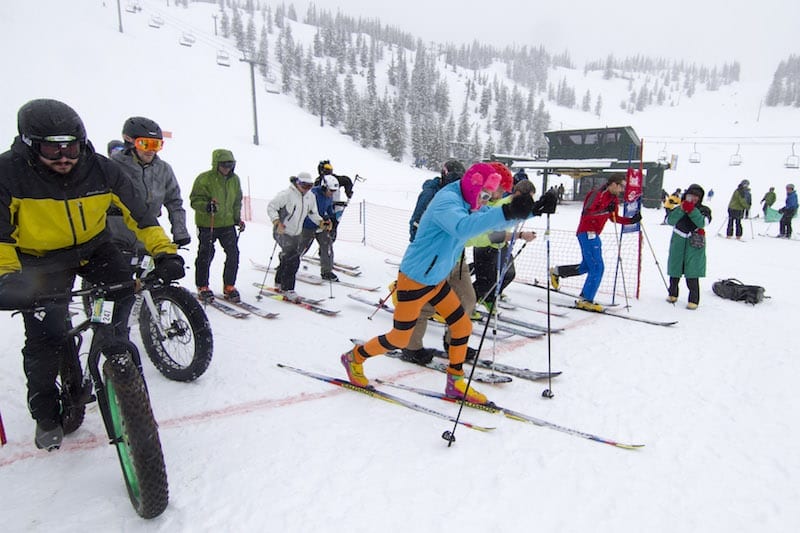 In the third event of Mt. Bachelor’s annual Après Ski Bash series, listen to live music from Swatkins & The Positive Agenda, a funk and soul group from Portland. The event is open to all ages, and there are local drinks and bites to sip and snack on while you stay warm by the fire.

Known as the lead singer of Pink Martini, China Forbes will be in Bend for the Jazz at the Oxford series at 10 Below at the Oxford Hotel. At Riverhouse on the Deschutes, in the third weekend of jazz performances from the Mt. Bachelor Riverhouse Jazz series, bassist Buster Williams, drummer Lenny White and pianist George Colligan combine their talents to form a world-class trio.

Get a taste of some of Central Oregon’s best craft beers at the fifth annual High Gravity Brewfest at McMenamins Old St. Francis School. The casual, all-ages brewfest will have twenty-five craft beers and ciders available to sample while you huddle around the outdoor firepits at O’Kane’s. Throughout the day there will be live music from the Maxwell Friedman Group, Company Grand, and Swatkins and the Positive Agenda.

Demo some of the latest ski and snowboard models at Hoodoo on Saturday during the annual Backcountry Festival. There will also be a beer garden, live music and a variety of races and seminars happening on the hill throughout the festival.

Join the 5k, 10k, half marathon run or walk in the annual Polar Bear Run held at St. Thomas Academy in Redmond. After, refuel on warm drinks and snacks at the Polar Bear Expo, which will have local health and fitness vendors.

Planning a wedding in Central Oregon? Don’t miss the Cascade Wedding Show, the one-day event that connects brides and grooms with local wedding and event professionals. Find inspiration and resources from more than sixty vendors and businesses with the latest trends and entertainment ideas in the wedding industry on display. There will also be raffles and prizes to take home.