You are here: Home / Weekend / 7 Things to do Around Bend This Weekend

There’s a lot to do around Central Oregon this weekend, and we couldn’t pick just five things. This week, here are the seven best things to do around town, from the annual independent film festival to a campy musical just in time for the season. 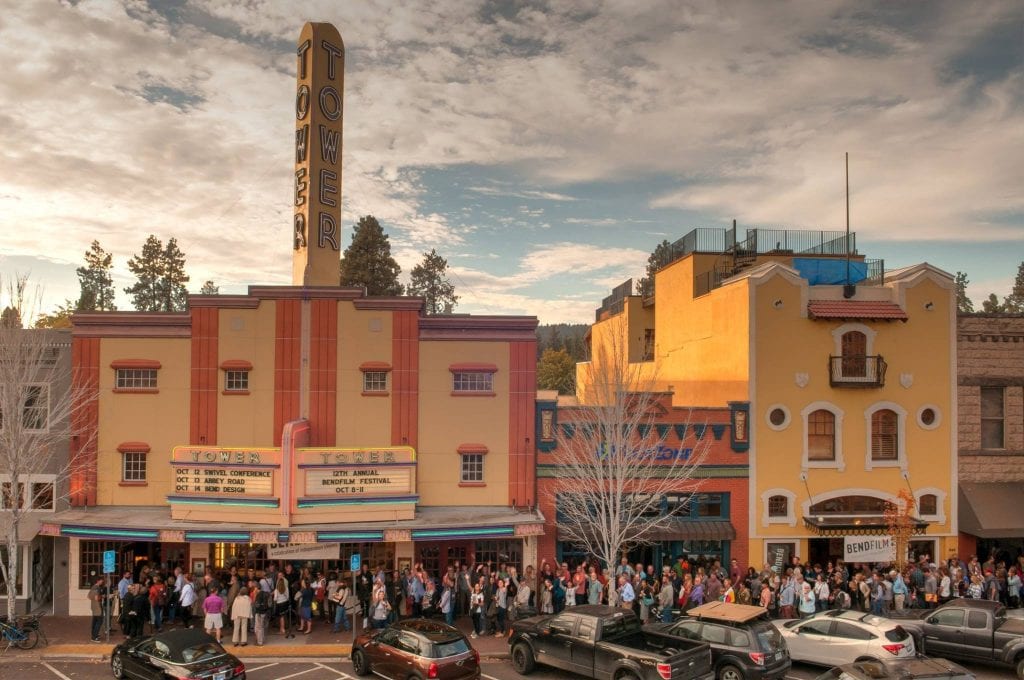 Get your indie film fix at the BendFilm Festival, now in its fourteenth year. The renowned festival brings top independent and documentary filmmakers from around the country to Bend for four days of films. The festival is one of the best events in Bend each year, and brings the community out for the chance to see films you can’t find anywhere else.

Head to The Capitol this weekend to see the Portland-based indie rock band The Automatics. The “catchy power pop” trio is on a west coast tour promoting their new album, Debt Sounds, which they self-financed while touring and working full-time jobs.

A new thirty-six acre park on Bend’s east side opens this weekend. The $3.6 million Rockridge Park includes a nine-hole disc golf course, lunar skatepark, a more than one-mile-long beginner and intermediate bike skills course and a nature play play with a Juniper “log forest.” An opening celebration will take place on Saturday from 1-3 p.m. and will have live music, food and drinks, and activities for kids and families.

This weekend, dinosaurs will swoop into Bend in the form of an exhibit at the High Desert Museum. The long saga of Archaeopteryx, a feathered and winged dinosaur long believed to have represented the only link between ancient, long-extinct reptiles and modern birds. While its place in the evolutionary chain is a matter of some scientific dispute, the smallish birdlike creature remains a subject of much speculation and study. The exhibit will feature multiple artistic representations of Archaeopteryx as well as interactive video. You don’t have to be a biologist to appreciate the vivid artist recreations of this unique specimen.

Celebrate the new season in Sisters. The Sisters Harvest Faire has been a tradition for more than thirty years. The two-day festival features a juried arts and crafts fair, where you can find handcrafted items from 200 vendors. Held along Main Avenue in downtown Sisters, there will also be live entertainment and local food and drinks.

The unofficial start to ski season in Bend may be the Skyliners Ski Swap, an annual fundraising event for Mt. Bachelor Sports Education Foundation. Held at The Pavilion in Bend, the Ski Swap starts at 8 a.m. Get there early to make sure you get first pick on all the new and used snow gear on sale.

Share This Article
« 4 Fall Reads From the Owners of Big Story in Bend
From the Flames: The Reinvention of Anjou Spa »