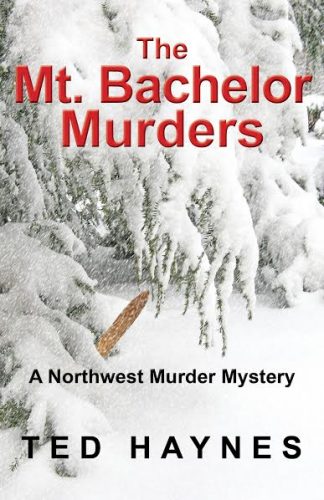 The third book in the murder-mystery series “The Northwest Murder Mysteries” is out now, and Bend locals might be excited about the setting. The book is called “The Mt. Bachelor Murders,” it takes place in Central Oregon, and was published on Feb. 2.

The book’s author, Ted Haynes, has been living in and writing about Central Oregon since he built a log house south of Bend in the 90s with his wife. His first published work that takes place in the region was entitled “Vandevert – The Hundred Year History of a Central Oregon Ranch” and is written about the Vandevert Ranch that borders his cabin south of Bend.

This latest work is set in 1966 when the Mt. Bachelor ski area was in its infancy. A father takes his daughter and her friend for a day on the slopes, but before the day is over, the father’s body is found on the mountain. The killer is not found.

Fast forward to 2018, and the cold case has warmed up. New details emerge that shed light on this mystery, and they just might end a daughter’s search for her father’s killer. The novel takes readers all across Central Oregon and even takes a trip to Norway.

Fans of classic murder-mystery novels will find something to love in this book, along with a few twists that make the novel unique in its genre. Central Oregon locals will be delighted to read about familiar landmarks, seen in a new light, while other readers will get the chance to learn a bit about the region.

Haynes will be presenting his latest work with local bookstore Roundabout Books at 6 p.m. Thursday, Feb. 11, with the talk broadcast on Zoom. Haynes will also discuss his newly announced sequel, “Pole, Pedal, Murder.”