You are here: Home / Business / Chips that Change the Game 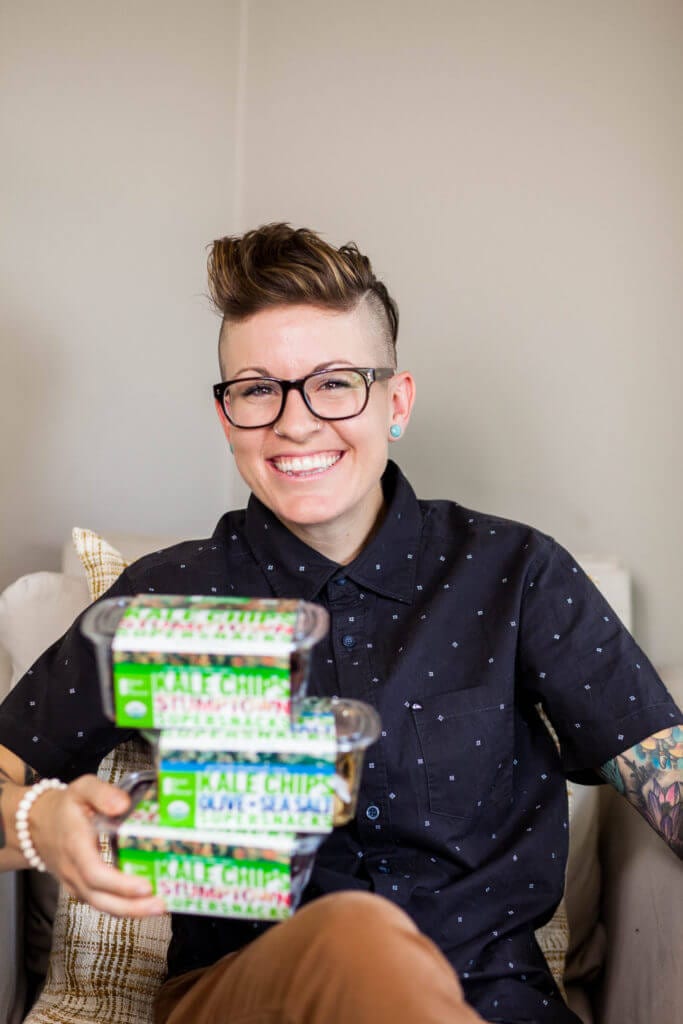 After finishing her collegiate basketball career, Sarah Pool started running marathons and doing triathlons. She was focused on eating clean, and became obsessed with kale chips as her go-to snack.

But the CEO of Pacific Superfood Snacks wanted an even more affordable and healthier version than what was available. So she decided to make them herself. “I’d never made a kale chip before in my life,” said Pool. What started as an experiment with food dehydrators in 2012 has since grown into a multi-million-dollar company, now based in Bend, with kale chips sold in 7,000 stores.

While Pool loved greens, she didn’t love that most of the chips on the market were baked or fried, which takes away from the nutritional integrity of the vegetable. “Our goal was to create a healthy chip that we could bring to the mass market,” said Pool. The company developed a way to dry the kale at low temperatures over long periods to extract the moisture, but leave the vitamins, minerals and enzymes.

Equally as important: The Bend-native wanted the chips to be delicious. “We wanted our flavors to be really exciting,” she said. Chip flavors now include hatch chile, sriracha and (vegan) pepperoni.

She began making chips at home and selling them at farmers’ markets in Portland. She then targeted grocery stores, visiting at least one location daily to offer samples to customers. “We worked so hard; we didn’t sleep,” she recalled. “We were just hustling and begging people to try them.”

Her passion paid off. In short order, the company landed a spot in Whole Foods. “At one point, we had forty small food dehydrators going at once,” she said. Then Made in Nature, an organic snack foods company from Colorado, asked if they could partner to create kale chips for Costco.

Made in Nature helped Pool scale her startup operation for larger customers, and ultimately acquired the kale chip company in 2014. The company’s growth skyrocketed. However, as a designated Benefit Corporation, Pacific Superfood Snacks has a mission beyond profit. “We wanted to commit ourselves to the highest level of transparency in every aspect of our business, from our suppliers to the actual ingredients that go into the product to the way the food is produced,” said Pool.

“We wanted to provide customers real food that they know they can trust without ever having to flip over to the ingredient panel, because they know we only use whole, organic, truly healthy ingredients.”

Looking to come back to her hometown, Pool moved the company to Bend last year. “Bend is probably the most special place in the world for startup companies,” said Pool. “I’ve been able to reach out to so many people; the community support is unparalleled.”