In a collaboration among multiple organizations, as well as a private collector in Central Oregon, Atelier 6000 (known as A6) is exhibiting fifty Edward Curtis prints in its Bend studio. The photogravure prints of Curtis’ work documenting American Indians at the turn of the century will be on display and available to purchase through October 31. He believed that their culture needed to be recorded and preserved in the midst of the changing West.

Until recently, Curtis had been largely forgotten. “You don’t see Curtis exhibits every day,” said Dawn Boone, executive director of A6. The nonprofit organization, a publicly accessible printmaking and book workshop, compiled the resources of the Deschutes Public Library, the High Desert Museum and the BendFilm Festival to encourage different ways of interacting with the exhibit and Curtis’ legacy.

“These events should tease out some important discussions,” said Boone. The Deschutes Public Library will sponsor at least three talks connected to Curtis and his work, including a talk by author and journalist Timothy Egan, whose 2012 biography of Curtis, Short Nights of the Shadow Catcher: The Epic Life and Immortal Photographs of Edward Curtis helped bring modern recognition to Curtis’ work. BendFilm will screen a documentary about Curtis. 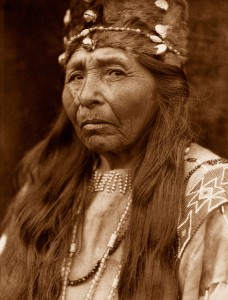