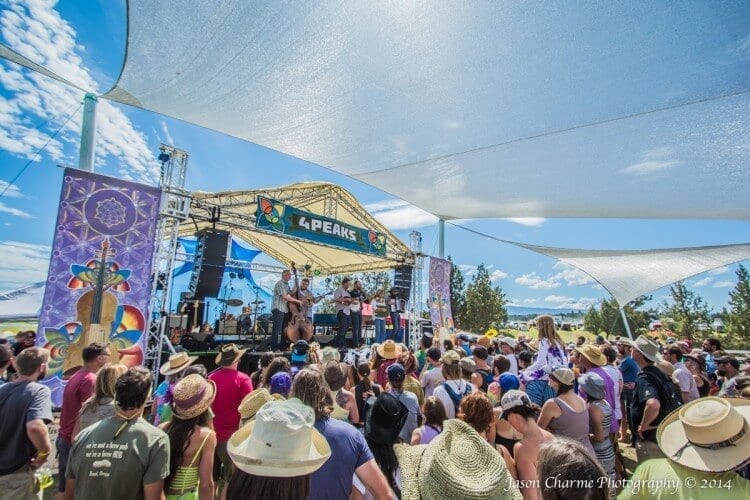 Camp out at a concert all weekend at the 4 Peaks Music Festival near Tumalo. Conceived by four friends in 2011, what started out as a small backyard music festival has morphed into a forty-acre event featuring fifteen bands and two stages surrounded by campers in RVs and tents. Every year, fans flock to the open pastures of the Rockin A Ranch for music, mountain views, brews and a family-friendly atmosphere. From rock to folk to bluegrass and funk, Four Peaks attracts local, regional and nationally touring acts that play nonstop and late into the night. This year’s lineup includes Chris Robinson Brotherhood, Jackie Greene and The Jeff Austin Band.