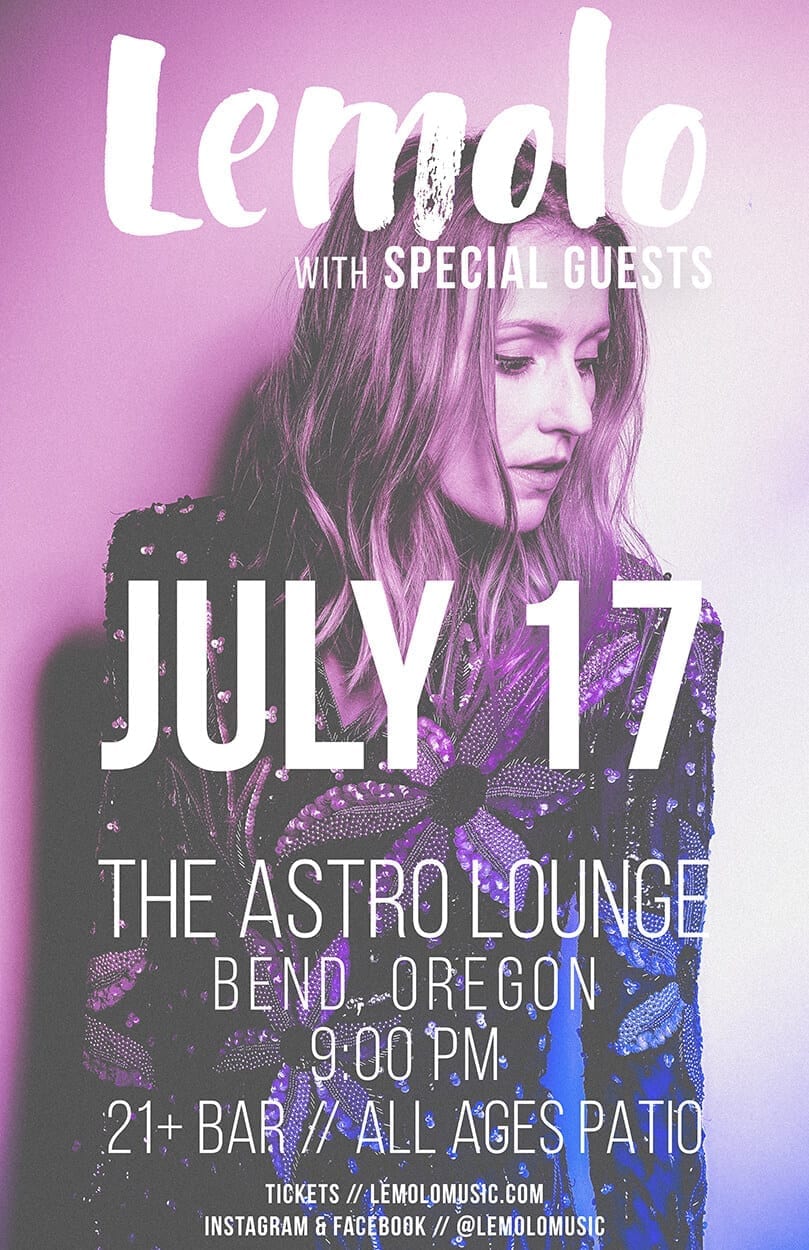 The Seattle dream pop band, Lemolo, will be performing an outdoor concert in Bend at The Astro Lounge as part of their highly anticipated summer tour. Following the excitement of having their music featured on the hit TV show, The Fosters, Lemolo will be bringing their dream pop music to cities along the west coast on their headlining summer tour.

Lemolo has received praise from the likes of The Seattle Times, Huffington Post and KEXP 90.3 FM, and the band was just named Best Seattle Band by Seattle Magazine. Their new record, Red Right Return, is out now after back-to-back sold out performances in Seattle. The band has toured throughout Europe and the US, and is gearing up for summer festival performances with the likes of Warpaint, Iron and Wine, Death Cab for Cutie and Macklemore. You don’t want to miss this special show as they bring their dream pop music to Bend on July 17th!