You are here: Home / Culture / Community / Fighting the Fit Way

The classes aren’t the typical high-intensity workouts with music blaring, people grunting and sweat pouring. Instead, the classes have an emphasis on movement—sometimes even just walking. “People are really hard on themselves,” said Mital, 45. “It can be so discouraging to be able to do all this before and suddenly now, you walk on the treadmill for five minutes and feel totally winded. I’m concerned with what today looks like.” 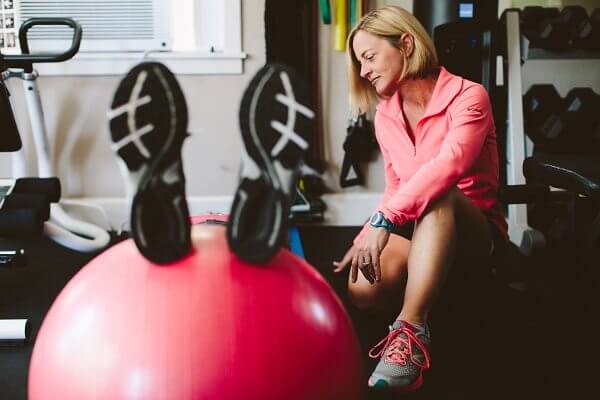 Her path to personal training started with an interest in solving problems. She graduated from the University of Dayton in Ohio with a degree in computer science. After several years working at software startups in Silicon Valley, she was done. Mital went back to school and studied kinesiology and then began training people. In 2008, she received her masters in human movement.

When she was 30, she fell head-first off a horse and damaged her neck. “The injury made me much more empathetic toward those who are recovering from an injury or experiencing chronic pain,” Mital said.

Since then she’s specialized in injury prone clients, but the cancer patients and survivors have sparked an even deeper interest in what the body can handle after trauma. “Each type of cancer has a different treatment, protocols and surgeries,” she said. “Breast cancer patients and survivors can have limited range of motion in their upper extremities due to scar tissue from mastectomy and reconstruction.” 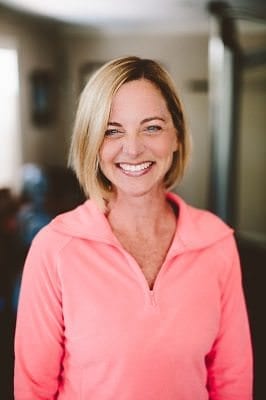 Yet the physical challenges aren’t the only hurdle that patients face. Mounting medical bills and the inability to generate income during cancer treatment can throw them into a downward financial spiral. One hour of personal training with Mital typically runs $65 to $75. For these workouts, sponsored by Bend Memorial Clinic and held at Recharge Sport on the edge of the Old Mill District, Mital donates her time. She said she’ll keep doing them as long as people continue to show up. “I’ve met some of the strongest, kindest people while doing these classes,” she said. “I leave every class with a big smile on my face.”

For Mital, this pursuit is personal. She took it up after her aunt, Debbie Schlessinger, died in 2002 from breast cancer at age 50. During her aunt’s six year battle, Mital’s mother, Myra Miller, asked doctors what types of activities or exercises her sister could do. Her doctor admitted that there weren’t exercise classes available for cancer patients.

More than a decade later, Mital said the medical community isn’t just flirting with the idea of exercise as a form of medicine today—they are prescribing it. “I wish there had been something like that for my aunt,” Mital said

Share This Article
« Four (Easy) Ways to Get Away
Fire Flyers »