You are here: Home / Culture / If You Only See One Film at BendFilm This Year, Make It This One

“No Man’s Land” will have two primetime screenings along with moderated discussions at the fourteenth annual BendFilm Festival. 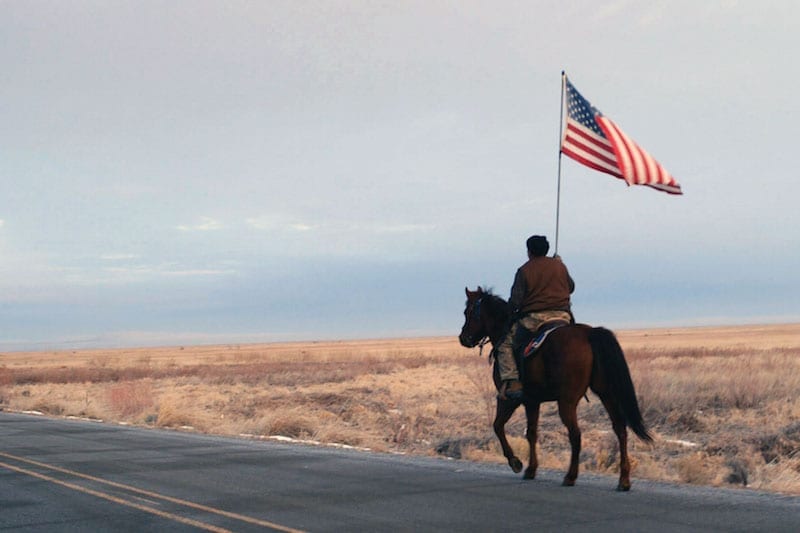 Film still from “No Man’s Land,” a documentary that will have two primetime screenings at the fourteenth annual BendFilm Festival.

Hindsight really is 20/20. Today, watching “No Man’s Land,” a documentary about the forty-day occupation at the Malheur Wildlife Refuge in early 2016, it’s easy to say that the event was a precursor to the results of the presidential election just ten months later.

But at the time, the occupiers seemed like a fringe group of libertarian cowboys.

Filmmaker David Byars had the fortuitous timing to have been working on a film about the public lands debate in the West for a year and a half leading up to the occupation. When news of the stand-off broke, he was on a plane and at the refuge just three days later.

Save a short fundraising break at his homebase in Colorado, Byars captured the entire occupation, from the initial takeover as the occupiers settled in to the aftermath of the death of LaVoy Finicum, the Nevada rancher who was shot by federal agents when he left the refuge. Byars slept in his car most nights through the bitter cold, and spent his time on the refuge with the occupiers. The result is a telling look into the day-to-day lives of the occupiers on the refuge. The footage is broken up with commentary from journalists, (former Oregonian reporter Les Zaitz, who grew up in Eastern Oregon and owns a ranch there is particularly interesting), the Harney County sheriff and judge and one of the occupiers.

Byars rarely inserts himself into the eighty-one minute documentary, letting the protesters and residents of Harney County, who were bitterly divided over the occupation, including the sheriff and county judge, tell their story.

“It’s not an easy film and it doesn’t choose sides,” said Byars in an interview with Bend Magazine. In fact, Byars added, “I’ve taken a lot of heat from both sides.”

Watching the film today, it’s impossible not to compare it to the events that paralleled the occupation and trial and what’s happened since.

“People are confused about American identity,” said Byars, “and they’re grieving about that confusion. They’re trying to come to terms with what it means to be an American.”

The film has been making the rounds at independent film festivals, showing at the Tribeca Film Festival and now at BendFilm, where it will be shown on Friday and Saturday nights at the Tower Theatre, followed by discussions moderated by Bend-based OPB reporter Amanda Peacher.

BendFilm executive director Todd Looby said that one the festival brings out a different type of conversation around the community.

“You’re talking about stuff that you typically don’t talk about year-round,” said Looby. “Now you’re really talking about what’s going on in the world and what’s here. That’s what I really like about ‘No Man’s Land.’”

The festival brings local, national and international films (some that are fresh off wins at Cannes) to Bend for the four-day festival. More than a chance to watch films you won’t find at big cinemaplexes, BendFilm is about starting conversations in the community.

“It’s four short days but I think it has a lasting impact,” said Looby. “It’s a vital thing for this town to keep pushing, because culture is what gets people out and gets people talking more than anything else, really.”

Byars will be at the Saturday night screening to participate in the discussion that follows, and he’s prepared for a conversation that might be animated given Deschutes County’s politically diverse population.

“No Man’s Land” is a powerful and important documentary about an event that put Oregon at the center of the nation’s attention for more than a month. It’s a timely and important film that shouldn’t be missed.