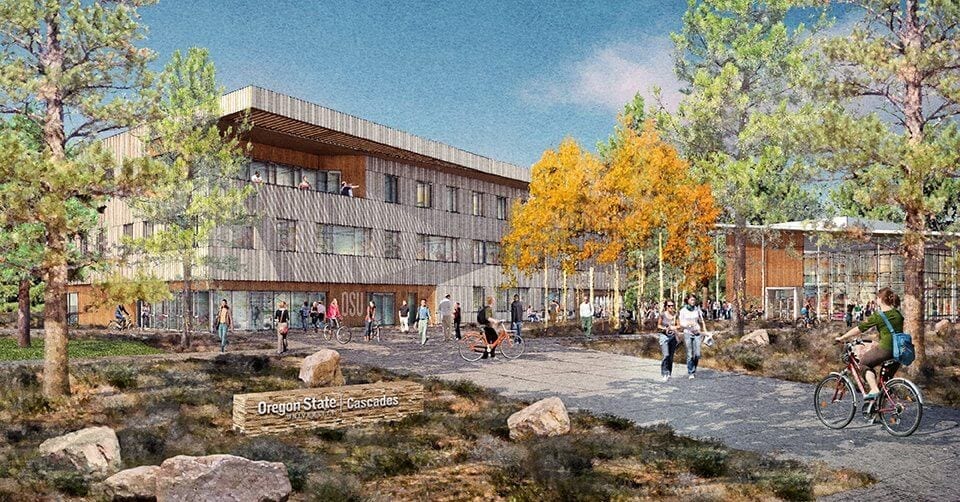 The Tykeson Family Charitable Trust of Eugene was recently recognized by OSU Cascades when it announced that the academic building now under construction has been named the Tykeson Building. The foundation was honored for its long-standing support of a four-year university in Central Oregon. The trust first supported the university in 2012 with a $1 million gift, and recently committed an additional $1 million to the campus’ expansion. Tykeson Hall opens this fall with 43,650 square feet of space in three stories. The building will include eight classrooms, three laboratories and a computer lab. The building will also house faculty offices and student gathering and working areas.

Other campus buildings under construction include the living and dining halls, which are slated to open in early 2017. Monitor construction progress by signing up for OSU Cascades construction updates at news@osucascades.edu.