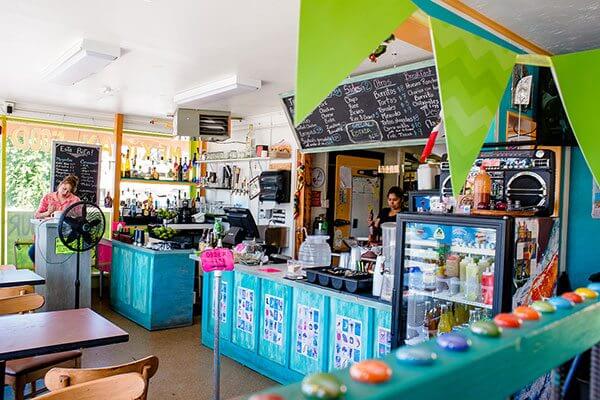 In the 1989 novel Like Water for Chocolate set in early twentieth-century Mexico, young Tita, forbidden from marrying Pedro, her true love, can express herself only through cooking. Her longing and passion for Pedro becomes infused in her food, influencing everyone who eats it. A similar magical realism is palpable at Esta Bien in Bend, where Marcos Rodriguez, managing partner of the area’s five Hola! nouveau Mexican-Peruvian restaurants, manifests his love for Latino peasant dishes. 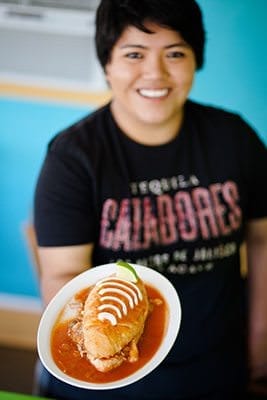 Tortas ahogadas —a signature dish of his native Guadalajara—are “drowned sandwiches,” a roll stuffed with pork and drenched in salsa. Traditional Salvadoran pupusas keep it interesting, too. The handmade corn tortilla, like a stuffed savory pancake, is slightly crisp on the outside, light and fluffy inside. Inside is melted cheese and freshly grated seasonal vegetables such as green squash. The revuelta is filled with soft, mild quesillo cheese, ground pork and beans. “It’s very good, fresh food, nothing too fancy, with handmade tortillas,” said Rodriguez.

Since it opened on SE Third Street last October, it has filled a niche for what the 39-year-old proprietor calls “soul food,” with a setting to match. A few steps inside the glass front door, a raven-haired woman with gold-rimmed teeth, presses tortillas. A handful of tables and booths with turquoise vinyl-covered seats make it “cool, different, old-school,” Rodriguez said.

This fall, patrons can expect to see specials such as birria, a spicy meat stew made with beef or goat, baked slowly with tomatoes and garnished with minced onions, cilantro and lime. As the mountain air grows crisp, a bowl of pozole, a corn hominy soup with pork or chicken, or a brothy Mexican meatball soup will warm you from within. Margaritas are made to order, specialty tequilas are on hand, and as late fall settles in, traditional Mexican hot chocolate is on the menu, too.