Head to Hoodoo for its Winter Carnival, stick around town to see a cappella performances and live music or jump in the river for a good cause. Our list includes the best things to do around Central Oregon this weekend with ideas for the whole family. 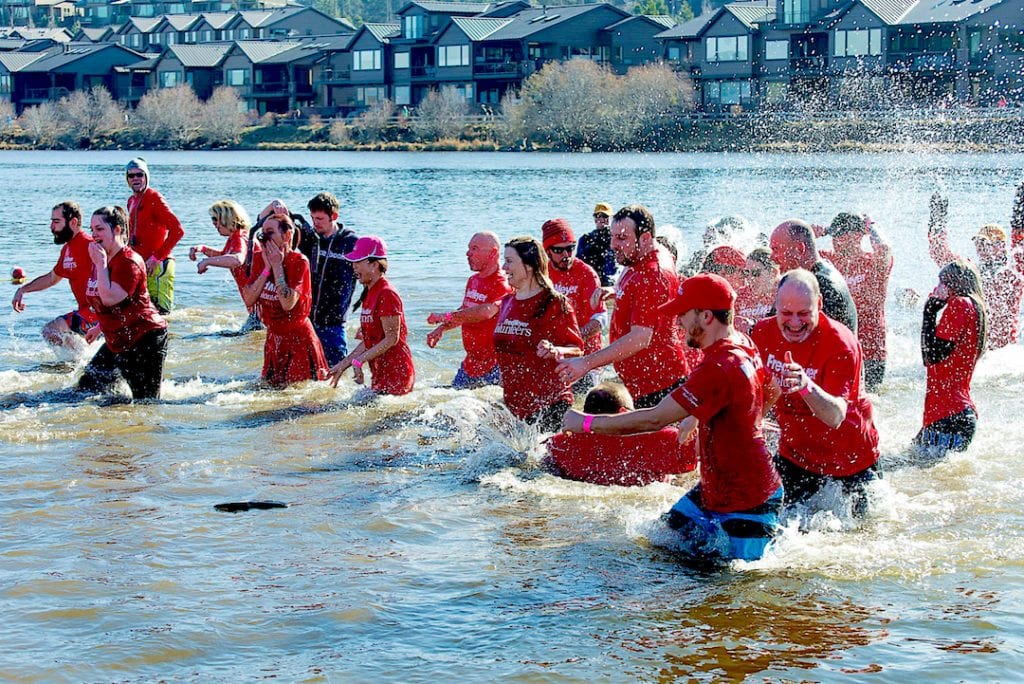 The Polar Plunge in Bend.

This is the third year for the A Cappella Festival, a singing competition that takes over the Tower Theatre and downtown Bend for the weekend. A Capella groups from junior high, high school, college and beyond come to Bend to perform and compete. If you can’t make the main stage performances, head to the Old Mill to watch the ACA-pop performances from the groups.

In the third installment of the Jazz at the Oxford series, musicians Paul Creighton and Jerrod Lawson will be performing “A Tribute to Stevie Wonder,” featuring the jazz and soul songs of Stevie Wonder. On Sunday, head to Redmond to listen to Tien Hsieh, an award-winning pianist who will be performing in the event from the Redmond Community Concert Association

Head to Hoodoo for a daylong festival featuring games and activities for the whole family. From a ski javelin throw and a team tube race to a pie-eating competition and Frisbee golf, the Hoodoo Winter Carnival will entertain your family on and off the slopes.

Brave the chilly water for the Deschutes River for a good cause. The Polar Plunge is an annual benefit event for Special Olympics Oregon, where participants take part in an early morning dip into the river.

Smoke from wildfire season may have canceled the Sisters Folk Festival in September, but the Winter Concert Series is in full swing. We Banjo 3, an Irish string band considered “the hottest thing in Irish music,” returns to Sisters for the performance.

Share This Article
« Where to Try Fat Biking This Winter
Weekend Roundup: Feb. 15-18 »