An endurance festival, bike race and a rodeo are on tap for this weekend roundup, along with a musical and some of the best live music of the season playing all weekend long at venues throughout Central Oregon. 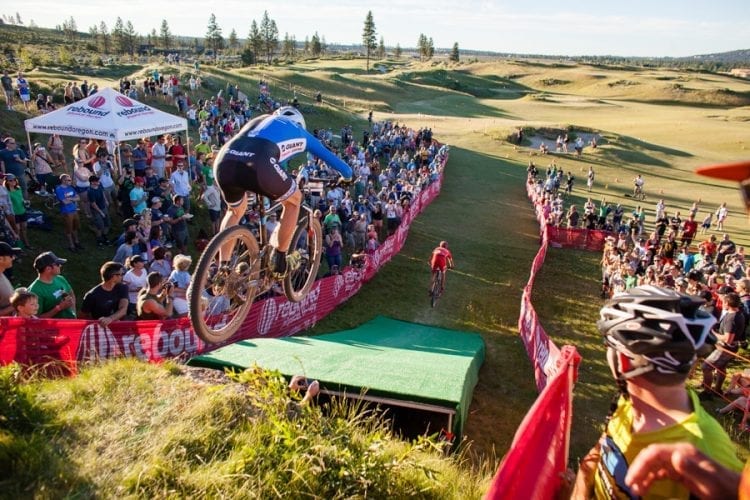 Blitz to the Barrel Photo by Rob Kerr

Watch pro mountain bikers battle it out at this year’s Blitz to the Barrel. The area’s top racers will push their riding to the limits as they careen back to town. Riders will start from the Shooting Star Shelter and head down upper and lower whoops. From there they will race down to the 10 Barrel pub on Galveston where the competition continues with a beer chugging contest and arm wrestling championship to decide the ultimate winner. With a prize purse of $5k on the line, it could be a great way to spend a Wednesday night.

The 2018 Medium Rodeo of the Year returns to Prineville. The 2019 Crooked River Roundup Rodeo attracts thousands of fans from across the country to watch as competitors from all over the globe compete for prizes and glory. The festivities get started on Wednesday with the cattle drive and through the weekend. With live music and great food, this promises to be a fun event and an excellent way to spend a summer weekend in Central Oregon.

Add a little musical theater into your weekend with “She Loves Me.” Presented by the Cascade Theatrical Company in Bend, this is always a great way to spend a summer night. Set in the 1930s before social media and online dating, the musical is an old school and refreshing take on life and love. The story follows two characters as they both try to track down the sender revered love letters that they have both, unknowingly, been receiving. The play, which has been showing throughout June, is now in its final weekend.

Each year, during the last weekend in June, thousands of athletes, their family and friends, converge on majestic Central Oregon to take part in the Pacific Crest Endurance Sports Festival. Known as the jewel of multi-sport events in the Northwest, it has become a traditional destination race for athletes from across the nation and across the globe. It has something for everyone including the 72.3 BEASTMAN—a triathlon that starts with a 1.2-mile swim, continues with a 58-mile bike ride, and ends with a half marathon.

Celebrating 7 years of community and craft beer, Crux Fermentation Project is back at it with Cruxaplooza. The brewery is showing its appreciation for patrons by offering free admission for all. They will have 30 beers on tap, live bands playing all day and activities to keep everyone entertained. In the morning, prior to the festivities starting, there will be a 5k race as part of the Oregon Brewery Running Series. Get your sweat on and then grab a beer and enjoy live music and festivities all day.

Catch music under the stars all weekend starting with Michael Franti & Spearhead in concert with special guest Ziggy Marley at the Les Schwab Amphitheater on Thursday. Then Lyle Lovett and His Large Band take the Les Schwab stage on Saturday. On Sunday Bend Distillery continues its summer concert series with Granger Smith. If you’re still looking to get your musical fix, you can extend your weekend with Kris Kristofferson and The Strangers as part of the clear summer nights concert series at The Athletic Club of Bend.