It’s a big weekend for Central Oregon. There’s the annual Pole Pedal Paddle, the Kickoff to Central Oregon Beer Week and more. If you’re looking to get out of town, Maupin has its annual Daze of the Deschutes street festival. 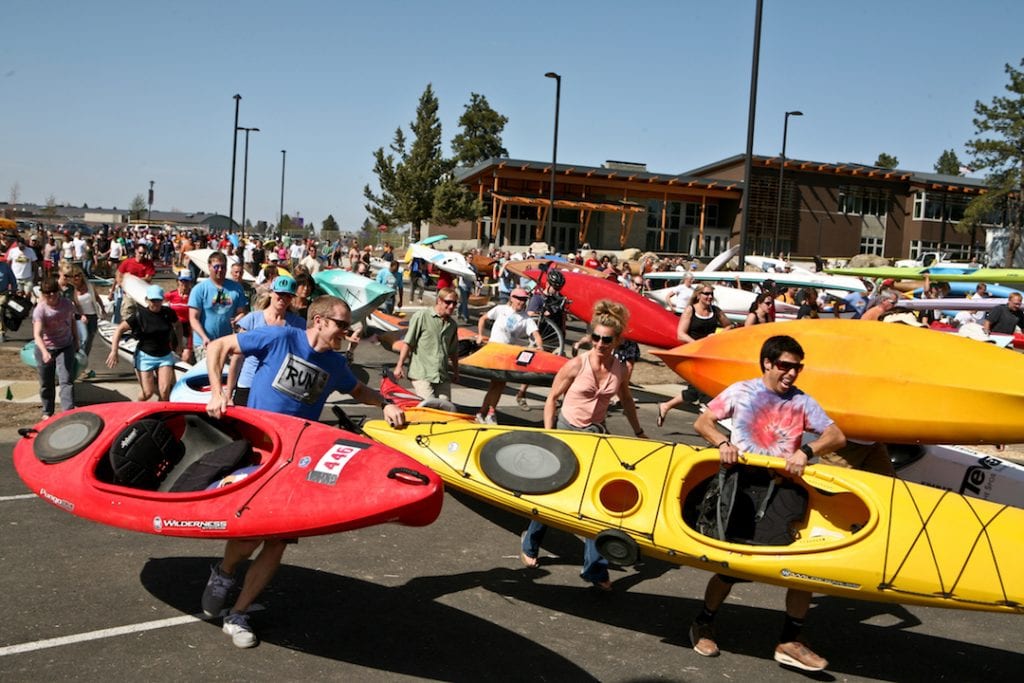 4HandsLA, a piano duo, will close out the High Desert Chamber Music’s tenth anniversary season. The impressive duo wows audiences with performances of classical piano music that has been described as “energetic” and “dazzling.”

Part endurance race, part costume party and community carnival, the annual Pole Pedal Paddle is Bend’s signature multisport race and a rite of spring in Central Oregon. The PPP is a major fundraiser for Mt. Bachelor Sports Education Foundation. If you’re not racing, chances are you know someone who is. Head down to the Old Mill District to watch some of the last legs and cheer on the competitors.

Maupin Daze on the Deschutes
May 20 | Maupin

Just in time for some of the best trout fishing of the year, Maupin Daze on the Deschutes is a full day of events and activities in Maupin that families will enjoy. Head to the small fishing and rafting hamlet on the Deschutes River to find rafting, a petting zoo, games, arts and crafts and more.

If you’re in the mood for live music this weekend, The Last Revel will be at McMenamins on Thursday night. On Friday, don’t miss the Dirty Revival, the popular soul and hip hop fusion band from Portland, at The Belfry.