You are here: Home / Adventure / A Bikepacking Adventure in Paisley, Oregon

I arrived in Paisley in the afternoon with the sun still high. Michael Norris, owner and guide of Paisley Adventure, and I were going to do a ride on the first evening of my weekend stay. I made my way to the last house in town on the right to meet the Norris pair and load our bikes for the shuttle up to Morgan Butte Fire Outlook. 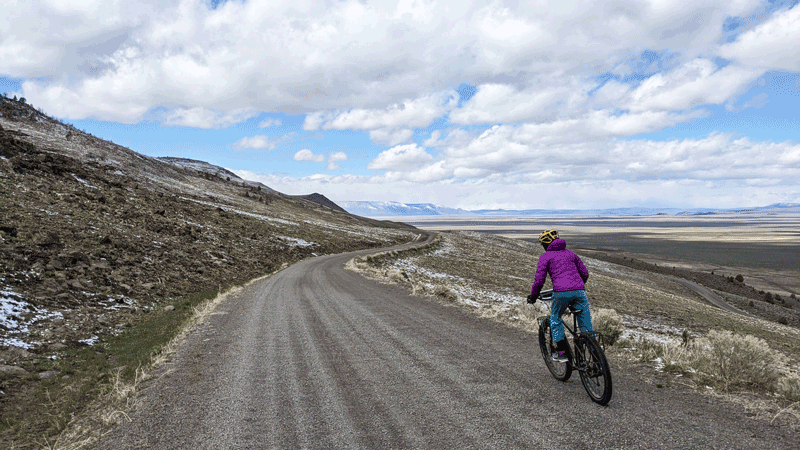 While Kris Norris, Michael’s wife, shuttled us through the vast basin and range landscape into the desolate Fremont National Forest, she explained Paisley’s story—from John Fremont’s exploration of Lake County due to his part in the Mexican-American War, to the influence of ZX Ranch, one of the nation’s largest cattle ranches. The small town contains a lot of history, and although the couple moved to the area twelve years ago from the Tahoe area, they can tell you most of it. At 7,200 feet, we reached Morgan Butte and took in the panoramic view. Michael said on clear days it’s possible to see Mount Shasta, more than 100 miles to the southeast. After a quick geographic overview, we hit the trail. I opted to leave my mountain bike in Bend and try out a Paisley Adventure fat bike. After a moment of acclimating to the bike, I quickly appreciated the “monster truck” I was on. My cheeks hurt from smiling as I did my best to keep up with Michael ripping downhill on the rarely-used trail. Michael said, “It’s almost like skiing in powder,” referring to the brush that blocked a clear sight of the trail, to which I hollered back, “waist-deep!” 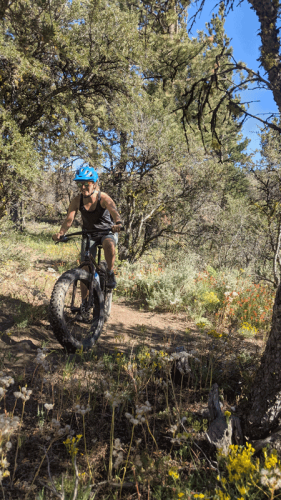 The Morgan Butte downhill is a ten-mile section of the Oregon Timber Trail: a 669-mile mountain bike trail that goes across Oregon and passes through Paisley. The entire route is divided into four sections and can be completed in about twenty to thirty days. Michael said the creation of the trail system and the work of the OTT has allowed for significant improvements on the trail in the Paisley area. Before the OTT—conceived in 2015—it was Kris and Michael’s hard work that improved the trail. “We moved here in 2010, and the first several years that we lived in the area and rode this trail were challenging because of its underuse,” Michael said. “I think it was just Kris and I riding the trail at the time, and we would end up clearing a couple of miles and then spend the summer riding it only to return to more deadfall the following season.  With OTT, we finally have consistently rideable singletrack. Their efforts have been phenomenal.”

We dropped through the rollers and chunky-rock sections; over creek crossings, through the brush and down to the Chewaucan River canyon with the trail entirely to ourselves. Just when the fun felt over, we got to coast down a paved, quiet road back to Paisley Adventure. Kris met us with samosas, homemade Rice Krispies Treats and coconut lemonade. The warm touch of Kris’s hospitality, I was realizing, was the backbone of Paisley Adventure. 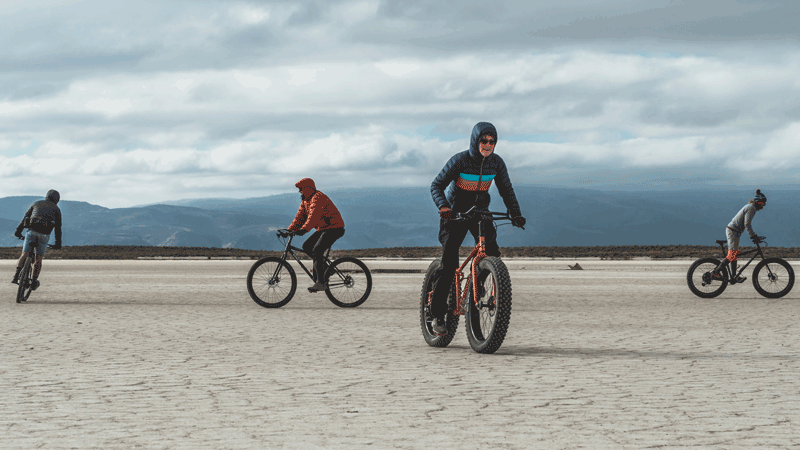 That evening, I headed back to the Sunset cabin: one of several spots to stay at Summer Lake Hot Springs. This healing retreat is centered around ancient artesian hot springs, with 360-degree views of the sun and wild horizons, including Winter Ridge to the west and Abert Rim to the east—long, fault block mountains formed during the Miocene Epoch. A dip in the hot springs at this special place paired with an insanely star-filled sky was the perfect prep work for another big ride in the morning with Paisley Adventure.

After a breakfast of eggs from Khloé Kardashian (the Norris’s chicken), potatoes and green juice sourced from their vegetable garden, we hit the road straight from Paisley Adventure to head deep into the big high lonesome—where the remote feeling cannot be overstated. We rode around the east side of Summer Lake over the natural desert surface, varying from rocks to packed sand, and through both drainage and the flow of the water-carved floor.

John Fremont named Summer Lake in 1843 while on an expedition through Central Oregon. He and his party were experiencing grueling winter snow conditions at the top of Winter Ridge (also named by Fremont) when he peered over and saw the alkali lake and the green prairie country surrounding it. Prior to Fremont’s discovery, the Paiutes had lived on the land of Lake County since time immemorial. 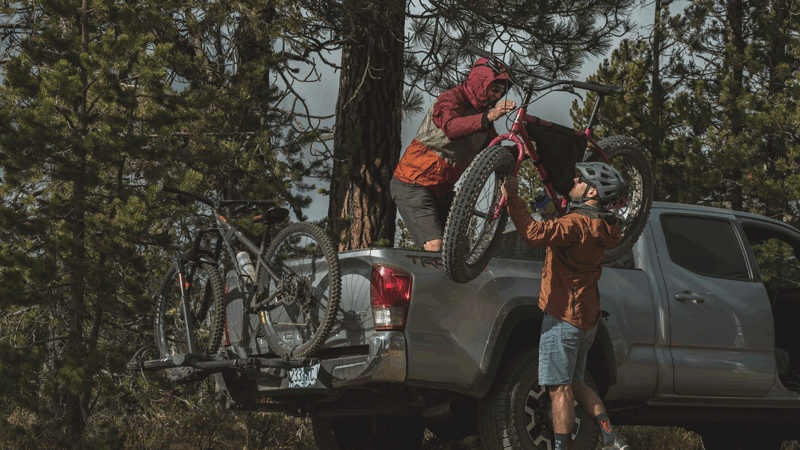 The ride took us past the Paisley Caves, which contains archaeological evidence of North America’s oldest known human existence, dating back 18,000 years. Although lizards were the only wildlife I saw, Michael mentioned his sightings have included pronghorn sheep, antelope, foxes, bobcats, wild horses and even black bear. One thing was missing—humans. Coming from Bend, it felt unreal to have two days and almost fifty miles of riding without sharing a trail. We finished the nearly thirty-mile ride with chicken gyros, among other healthy snacks Kris provided in a park next to the wildlife viewing area.

Just a two-hour drive through National Forest from Bend, a trip to Paisley for a riding adventure with Michael and Kris Norris sets a new perspective. It’s an opportunity to change up your typical ride and see a new landscape in the arid desert of the Oregon Outback. In addition to tours ranging from ten to 200 miles, Paisley Adventures offers shuttles, bike rentals, repair services, and resupply drops for Oregon Timber Trail and Oregon Desert Trail backpackers and bikepackers. With the kindness of the Norris couple, and the solitude of time spent in the remote high desert, I left more energized than before the fifty miles of riding. See paisleyadventure.com.