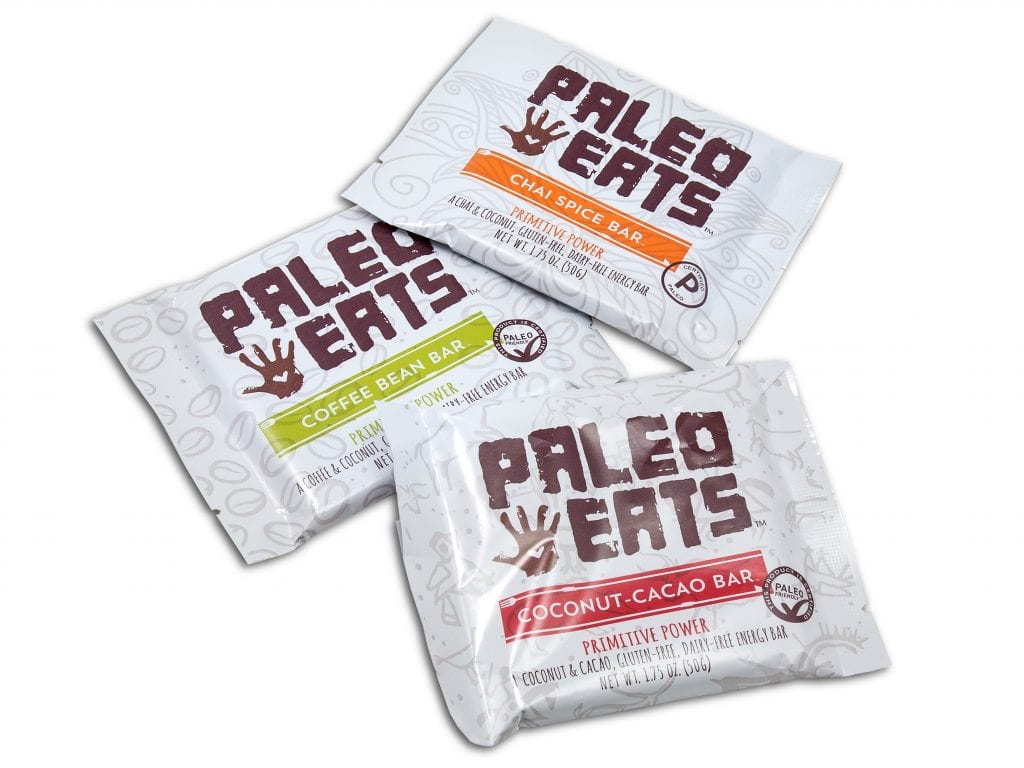 Have you ever heard of the Bend diet? It includes running, walking, biking, shredding and great food to satisfy any athlete’s hunger. Paleo Eats is a corporation born and raised in Bend with a specific goal of nutrition for everyone. The business began in 2012 through the zealous efforts of Debbie Fred, who at the time worked full-time as an MRI tech and baked on her one day off each week. Fred baked everything from granola to paleo bread at the start of Paleo Eats, but now she focuses only on her best selling product—certified Paleo bars. Paleo Eats has grown steadily since 2012, now claiming shelf space in fourteen natural grocers. Fred explained that Paleo Eats bars are, a “clean energy bar, no GMOs, wheat, corn, processed sugars. Best of all you won’t be hungry after you eat them.”

Paleo Eats’ recent expansion will increase distribution from Oregon to include Washington, Idaho, Nevada, Montana, Colorado and Utah. Fred explained her excitement humbly: “I’m just glad I still like to eat them.”

Originally, Fred explained that she made the bars with her children in mind—she has three and they each have a different kind of food allergy, from dairy to gluten. “It was difficult to find a natural bar to give them.” Now that Paleo Eats has expanded beyond her home kitchen, Fred hopes her bar will become a solution for many people on their path to healthy eating. Learn more at: paleoeats.com