You are here: Home / Adventure / There’s Plenty to See on an Early Spring Hike to Benham Falls

The six-mile hike from on the upper Deschutes River has a wealth of wildlife on display in early spring. 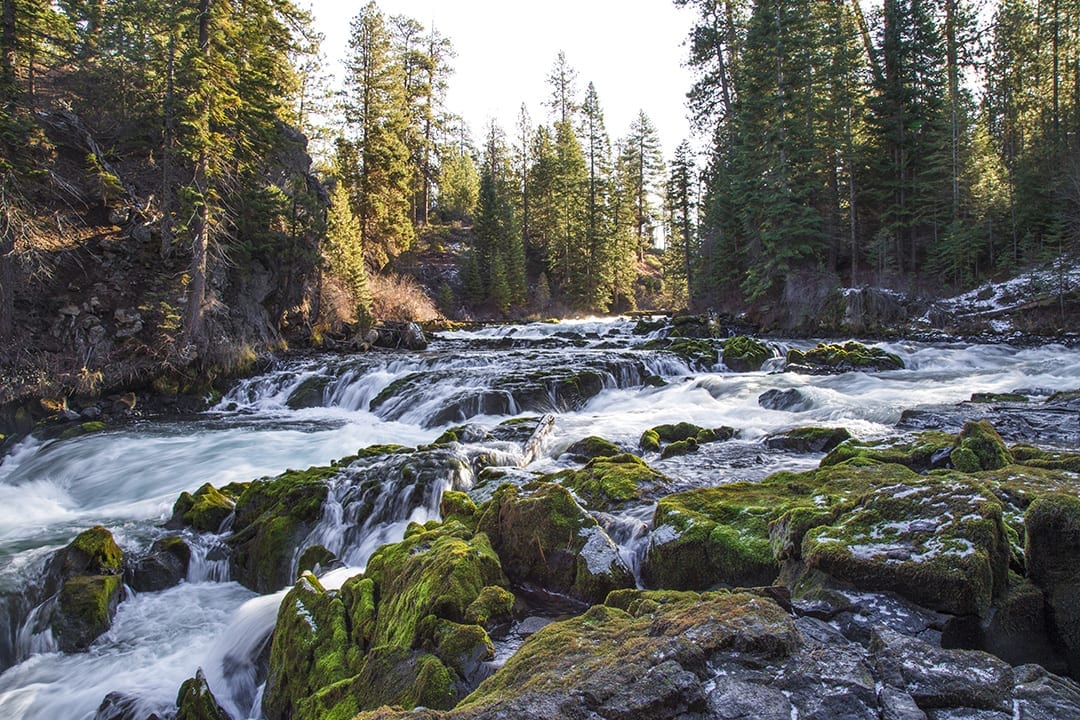 If you’re used to driving into Benham Falls from Century Drive or the Lava Lands Visitor Center, try walking into it from the south at Sunriver.

This out-and-back hike of about six miles is surprisingly variable. It starts out on the forest road in Sunriver and ends at the dramatic chute falls on the upper Deschutes River. The route is well traveled and clearly marked with virtually no chance of getting lost in the wilderness.

But with the variation of wildlife to be found, matched with breadth of changing landscape, this low-level hike ends up making the perfect trip for even the experienced trekker. It’s also one of the first areas outside Bend to really show signs of the emerging spring. With the wealth of habitat in the surrounding forest and adjacent river, nature is on full display.

If you head out at the right time, you can make a sort of game out of the trek, a scavenger hunt of sorts. See if you and your fellow hikers can find the following:

Redwinged Blackbirds: These birds will spend most of their time on cattails and tall grass in riparian zones along the river. They have a distinct whistle that is a sure sign of spring in Central Oregon.

Belding’s Ground Squirrel: Often mistaken for “prairie dogs,” these small brown rodents can be found poking their heads out from small burrows in the ground.

Oregon Grape: Part of the holly family and Oregon’s official state flower, the Oregon grape has spiny, waxy leaves and bright-yellow flowers. This plant makes a great indicator for spring, as it tends to bloom earlier than most plants in Central Oregon.

Greenleaf Manzanita: Identified by their red-brown and twisted branches, these fire-dependent shrubs are often found near areas of recent burns.