You are here: Home / News + Features / Deschutes River Gets A Winter Recharge

The perennially anemic winter flows in the upper Deschutes basin will get a boost this winter thanks to a decision by Central Oregon’s irrigators to release more water between November and March 2018, a period when river levels are typically at their lowest. 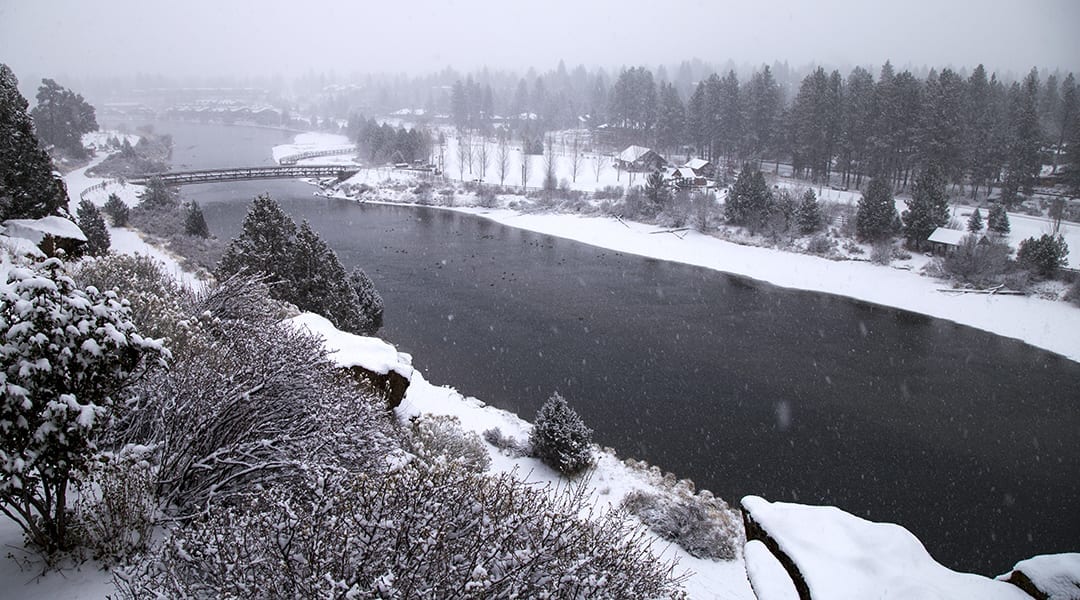 The Deschutes Basin Board of Control, which comprises all the local irrigation districts, voted in mid-November to ramp up releases below Wickiup Reservoir to at least 175 cubic feet per second (cfs), which is the equivalent of 78,000 gallons per minute, or enough to fill roughly seven Olympic-sized swimming pools in an hour. That’s a significant increase from the 100 cfs that the districts had previously agreed to release during the winter to benefit fish and wildlife.

“We could have sat on the 100 cfs all winter and come spring have a big gush of water in the river,” said board chair Mike Britton. “That’s not really what we are after. We are trying to balance the flows in the river over a long period of time versus the historic ups and downs.”

The decision is part of a larger effort by irrigators and interest groups to address the impacts of irrigation withdrawals on the upper Deschutes River, primarily the stretch between Wickiup Reservoir and the Fall River confluence where river flows are most depleted in winter.

The ramping back of releases to below historic averages, and the subsequent ramping up in the summer months to above normal flows, contributes to erosion and negatively impacts wildlife, including native redband trout and the Oregon spotted frog. Britton said those concerns are not lost on irrigators or their patrons, who share the public’s concern about the health of the river.

“They completely understand the dynamics and politics,” said Britton, “and if we can release a little more water to improve conditions, not just for the river, but also our public perception, they are all for it.”