Standing in Tumalo State Park and peering into a narrow river canyon, it might be hard to imagine walking or biking clear to Sunriver along the river trail. What was once a pipedream of urban and forest trails planners is drawing closer and closer to reality. This year work is expected to begin on one of the last major missing segments of trail needed to make that connection.

That state-led project is expected to be completed sometime in the next year and will include an elevated boardwalk crossing through a largely impassable boulder field near Tumalo State Park. When complete that trail will allow state park visitors to venture south to Riley Ranch, a new 184-acre park wedged between O.B. Riley Road and the Deschutes River.

The acquisition of Riley Ranch brought into public ownership one of the largest and trickiest pieces of land required for the extension of the river trail from Bend to Tumalo.

“I think it’s a big deal, and that piece of land that’s north of Riley Ranch is significant,” said Steve Jorgenson, Bend Parks Planning Manager. Ultimately the goal is to connect the existing trail on the west side of the Deschutes River at the base of Awbrey Butte with the planned east side trail from Riley Ranch to Tumalo. 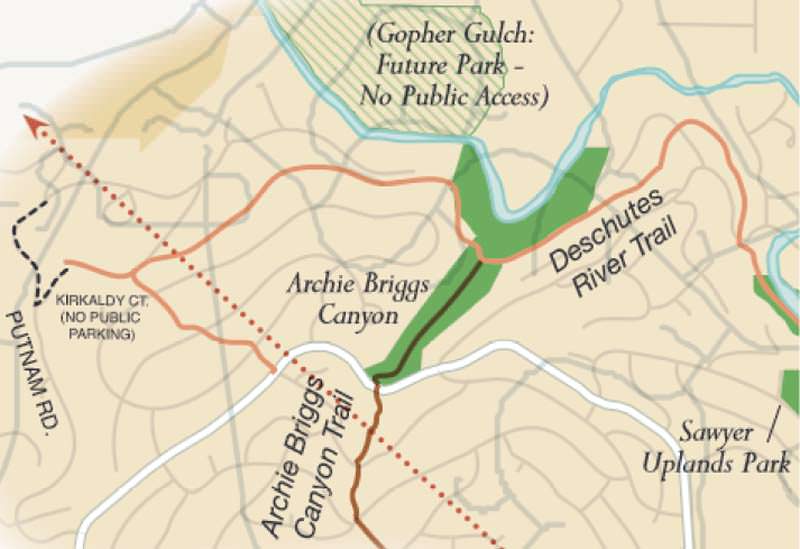