You are here: Home / Adventure / Eberhard’s Dairy Is Run By Its Fourth Generation

Eberhard’s Dairy in Redmond is run by four generations of the family. 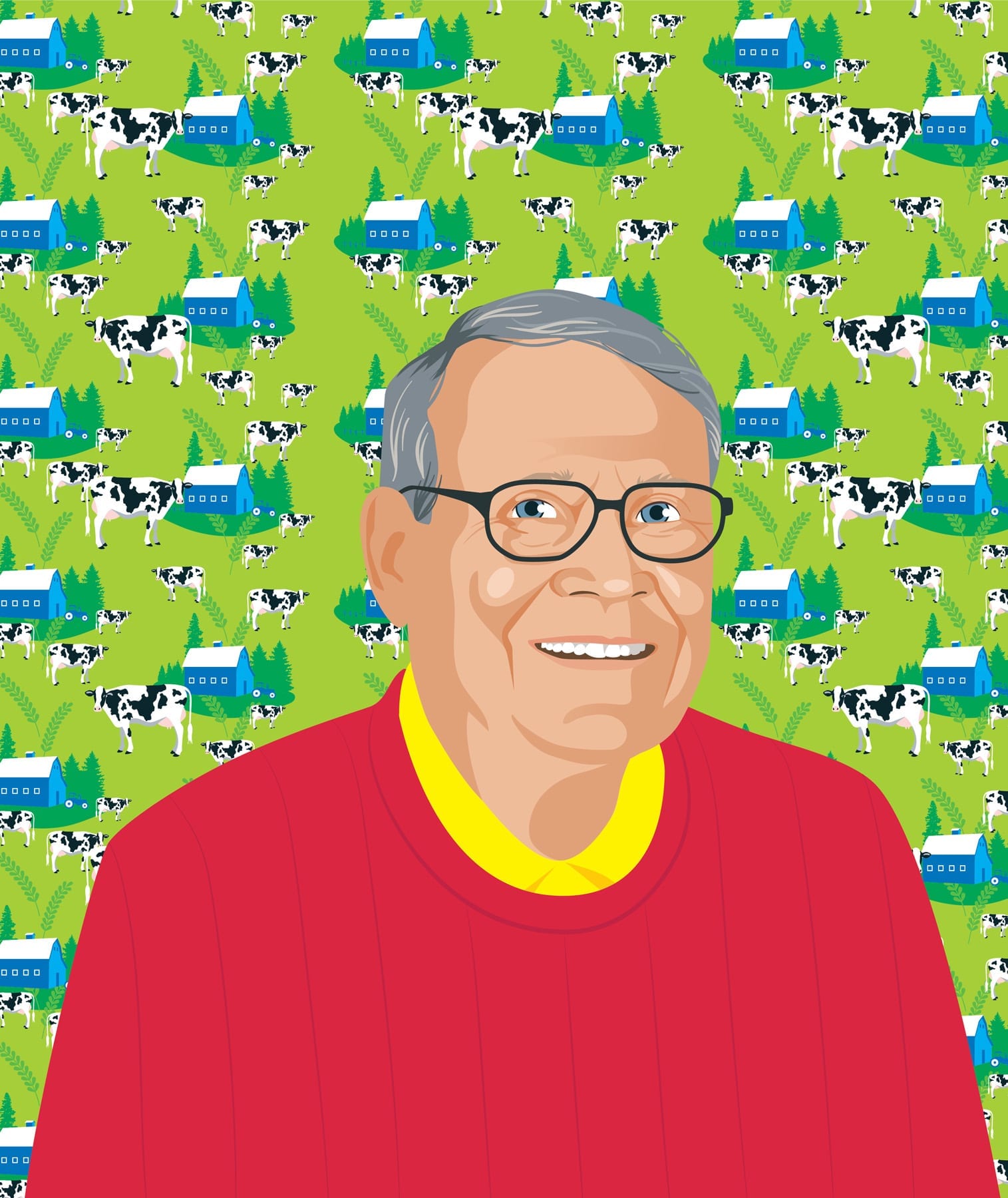 It was the late 1940s when a twentysomething immigrant who spoke no English got off the train in Redmond to find a job. He’d seen the Swift & Company cream buying station from the train and knew how to make butter, so he thought he’d try his luck.

By 1951, that Swiss immigrant, John Eberhard, had bought the company, which purchased cream from local dairy farmers and sold it to the community. By 1964, Nelda and John Eberhard’s three sons, John, Bob and Richard Eberhard, were running the company, Eberhard’s Dairy Products, expanding it to produce milk, chocolate milk, whipping cream, cottage cheese, ice cream and more. Jack and Richard had retired by 2005, and Bob Eberhard carried on nearly until he died at age 82, in 2017.

Today, the founder’s grandson, Mark Eberhard, 55, is at the helm as company president. In many ways, he’s been training for the job nearly all his life. Starting at age 10, he and his five brothers and sisters were involved in the business. They started out bagging ice.

“When I was 14, my grandfather taught me how to make butter,” he said. “That was his passion and got him where he was, and today we do it the same way—with a different churn, but with the same style.”

Every summer they’d be at the Redmond dairy, helping. “At Redmond High School, I played sports, basketball, but I still worked, it was just ingrained in you—that’s what you do.” He values the life lessons and business sense he learned from his grandfather and father (both John or “Jack”) and “how to hold people accountable and hold yourself accountable.”

Twelve years ago, Mark Eberhard became general manager and his Uncle Bob mentored him in sales, helping him develop relationships with customers. When the economic crisis of 2008 hit though, he looked for partners in other markets and began creating ice cream for Seattle-based Haggen foods.

Through the generations, three core family-business values endure. No matter who has been at the helm, the Eberhard’s brand is associated with supporting local businesses whenever possible, treating their fifty-seven employees well, and donating to local nonprofits, from schools and veterans’ services to musical events, Eberhard said. A fourth generation is involved, too. His daughters, Emily Holston, 26, runs Eberhard’s quality control department and Maddie Kirby, 27, runs the company’s social media from the East Coast.