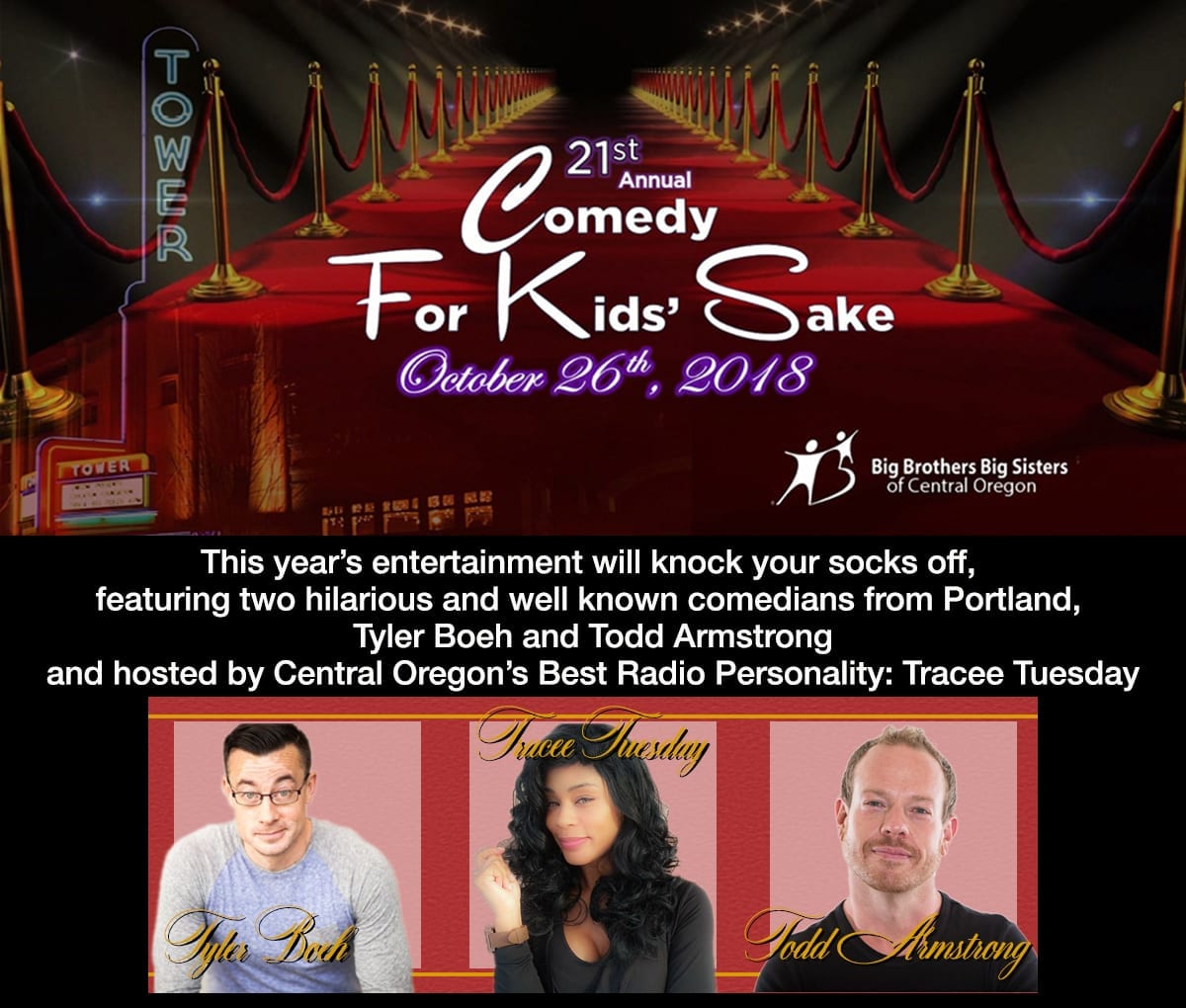 Tyler Boeh has won or been a finalist in several well-known comedy competitions from San Francisco to Boston, and performed in dozens of major cities in between. With a background in improv and a love for writing, Tyler’s act is fast paced with a shotgun delivery.

Todd Armstrong was named one of the 50 “comics to watch” by Comedy Central. He has been on VICE and Portlandia, and is the Writer, Director and Co-Producer of “Permanent Comedy”, a web-series that follows Todd as he interviews Comedians, Artists and Friends about comedy, life and making permanent choices in both.

Tracee Tuesday is not only a radio and TV personality, entertainment journalist, and wannabe astrophysicist, she is also a Big Sister and BBBSCO Board Member.