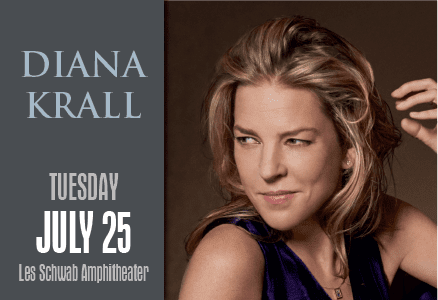 Diana Krall is a Canadian jazz musician who achieved crossover success with her sultry, understated vocals and her bop piano playing. She took the jazz world by storm in the late ’90s, and by the turn of the century she was firmly established as one of the biggest sellers in jazz. Krall is the only jazz singer to have eight albums debuting at the top of the Billboard Jazz Albums, and to date, she has won five Grammy Awards and eight Juno Awards.