FADE IN: A Twisted Tinseltown Thriller 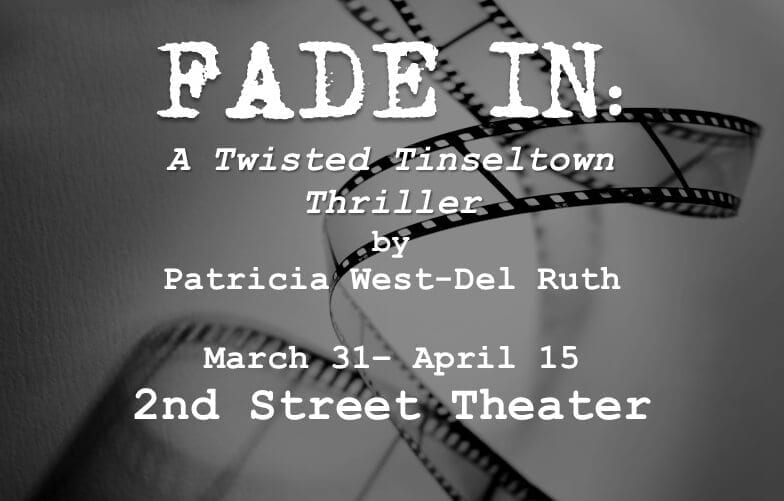 Local Playwright, Director, and Actor Patricia West-Del Ruth is premiering FADE IN: A Twisted Tinseltown Thriller, an original psychological thriller/black comedy March 31 at 2nd Street Theater in Bend. The play runs through April 15, with show times starting at 7:30 pm Thursdays, Fridays, and Saturdays. Matinees are at 3 pm on Sundays. Tickets are $19 for adults and $16 for students/seniors plus a box office fee at checkout.

About the play: This story reveals nothing is what it seems when two estranged sisters—one a psychologist and one a Hollywood screenwriter—come to terms with sibling rivalry, a horrific past, and the love they share over a deranged childhood sweetheart. Set in present-day Los Angeles, FADE IN: A Twisted Tinseltown Thriller stars local actors Skye Stafford, Catherine Christy, and Robert Marquez.

Playwright Patricia West-Del Ruth started her career in Hollywood in the 1980s. She has been active in the Bend theater scene for nearly ten years, most recently directing the sold-out Young Frankenstein: The Musical at Second Street Theater and starring in Love, Loss, and What I Wore on multiple stages throughout Central Oregon. Having earned a master’s degree in psychology, “FADE IN” blends Patricia’s educational pursuits with her love of theater. Don’t miss this original, spellbinding work fans are calling “a Twilight Zone episode with the edginess of a Tarantino film.”

To purchase tickets to the show or learn more about the play, please visit 2nd Street Theater’s website at www.2ndstreettheater.com