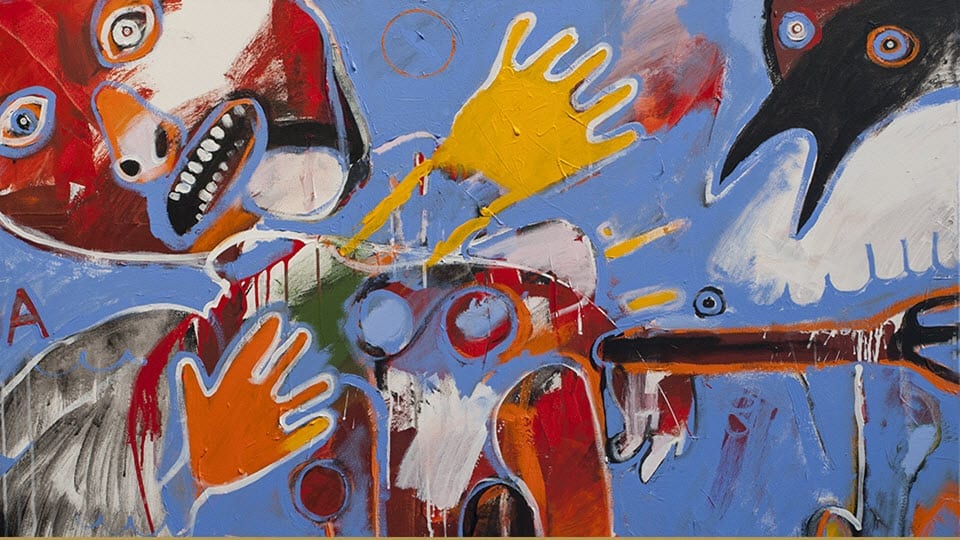 An exhibition featuring the vivid and engaging drawings, paintings, prints and sculptures of Oregon artist Rick Bartow (1946-2016) will open at the High Desert Museum on Saturday, January 26, 2019. Rick Bartow: Things You Know But Cannot Explain is an extensive retrospective of nearly four decades of Bartow’s work, an exploration of his extraordinary life and complex identity.

He was born in Newport, Oregon, where his family’s roots run deep, and grew up with close ties to the Siletz community. After studying art education at what is now Western Oregon University, he was drafted into the Army and deployed to Vietnam. The trauma he witnessed manifested as what we now identify as post-traumatic stress disorder and art became his path from the past to the present, a map back to himself and to the new self he would become.