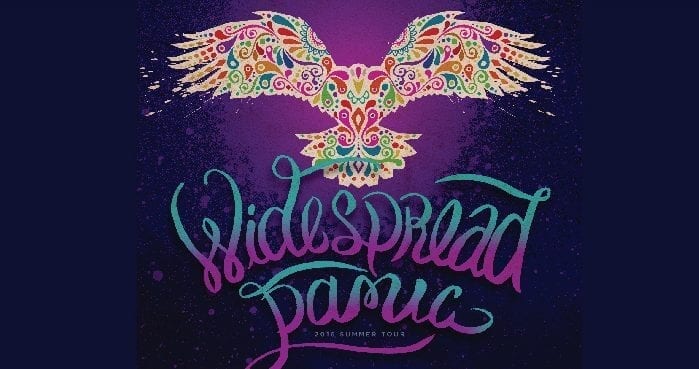 and Jerry Joseph & the Jackmormons

NO CHAIRS, BLANKETS OR STROLLERS WILL BE ALLOWED AT THE WIDESPREAD PANIC CONCERT.

Tickets on sale April 1 at the Ticket Mill in Bend and on this website.

The band has also headlined most of the major U.S. festivals, including Bonnaroo, Lollapalooza, Austin City Limits, Lockn’ Music Festival, Outside Lands Music Festival and many more. The band has a loyal fan base and are widely renowned for their live performances.

Widespread Panic will host a food drive at the concert in Bend. To date the band’sFeeding People Through Music endeavor has raised over $130,000 and 22,000+ pounds of food for communities across the country.

“Joseph first came to prominence in the mid-1980s with still-beloved cult band Little Women, a reggae-rock proto-jam band that dominated the Rocky Mountain club scene for nearly a decade, and notably helped break jam giants Widespread Panic, who looked up to Joseph and opened for his band before rising to prominence. To this day, many of Panic’s favorite concert staples were written by Jerry Joseph, including such blazing epics as North, Chainsaw City and Climb to Safety.” Dennis Cook

Jerry Joseph and the Jackmormons are about to release By The Time Your Rocket Gets to Mars where Joseph delves into some of the most challenging territory of his 30+ year career. The bulk of songs were penned after Joseph’s recent trip to Afghanistan, where he volunteered as a music teacher. Joseph’s full band includes Steve Drizos on drums, Steven James Wright on bass and Jeff Crosby on guitar.

Jerry Joseph has worn a lot of hats over more than three decades in the music trenches – righteous rocker, hyper-observant cultural observer, spiritual & political firebrand, force of nature live performer – but the bedrock of what he does has always been songwriting of the highest caliber.