You are here: Home / Adventure / Head North For Waterfalls, Rockhounding and Margaritas

Head north for a day of outdoor exploration that includes a dramatic waterfall, rockhounding and a well-earned happy hour in Madras. 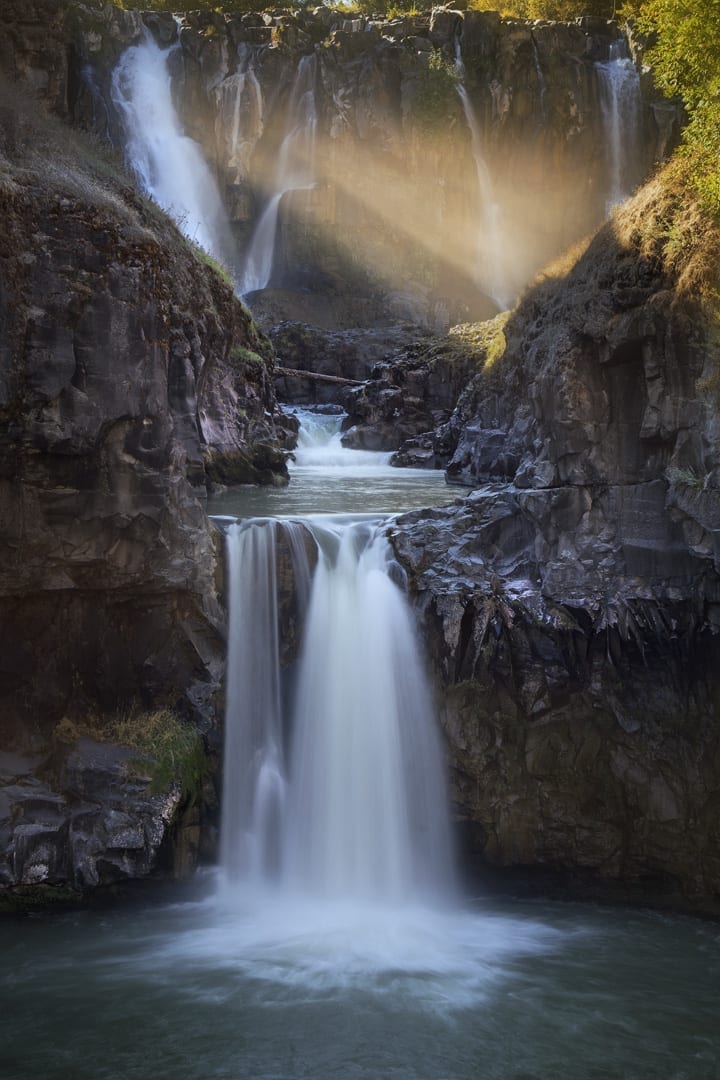 Tell friends in Bend that you spent the day exploring the greater Tygh Valley area and you’re likely to get a blank stare in return. That’s understandable, given that this sparsely populated section of the Columbia plateau northeast of Maupin doesn’t get a lot of visitors. But it’s worth more than a passing glance with its rolling wheat fields, historic homesteads and almost ghost towns. The biggest attraction is the sprawling White River State Park that is wedged into a narrow valley between Mount Hood to the west and the Deschutes River to the east. The heart of the park is a dramatic plunge falls that cascades 100-plus feet over a basalt shelf into a roiling pool below. The park also includes a historic powerhouse, a remnant from an earlier era when the river was harnessed to provide electricity to farms and towns around the valley. The hydroelectric project was idled in the early 1960s when the Dalles Dam was completed on the Columbia River, delivering power to the valley and well beyond.

Central Oregon’s volcanic origins left us snow-capped mountains and refrigerator-cool desert grottos. If you want your own piece of Central Oregon’s geology, then head to Richardson’s Rock Ranch outside of Madras. Here, rockhounds are invited to work one of the region’s largest and most productive thunderegg beds. These orange-sized rocks are split open to reveal a marble-like interior of polished quartz and silica in brilliant colors and elaborate patterns. Richardson’s provides digging materials and basic instructions for a DIY dig, or just peruse the ample selection in their onsite store (while dodging the roaming peacocks outside) and grab one for the road.

Kick back in Margaritaville

After you’ve checked waterfalls and rock mining off your to-do list, reward yourself with a stop a Rio Distinctive Cuisine in Madras. If you’re on a tight schedule, grab a cold cerveza and order the table-made guacamole before you head home. Better yet, linger a bit. Order a Casa Del Rio Margarita and a plate of the puerco emmolado, slow roasted pork shoulder served with mango mole sauce.