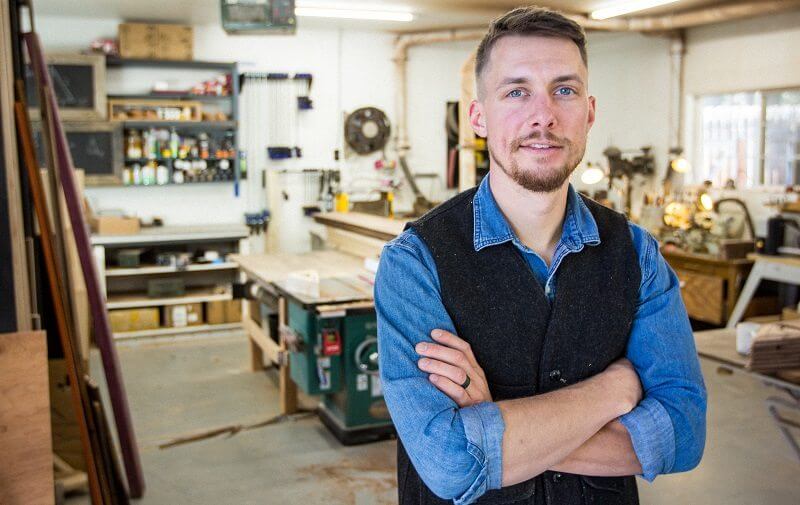 Curiously clean. That’s the impression that a visitor gets when first surveying Justin Nelson’s woodshop. An American flag folded neatly into a triangle near his desk hints at why, if not how, he keeps sawdust from piling up in his buzzing boutique woodshop. The 29-year-old former firefighter turned craftsman spent four years as a Marine Corps officer. Even now, working in an inherently dusty occupation, presentation is important to him. 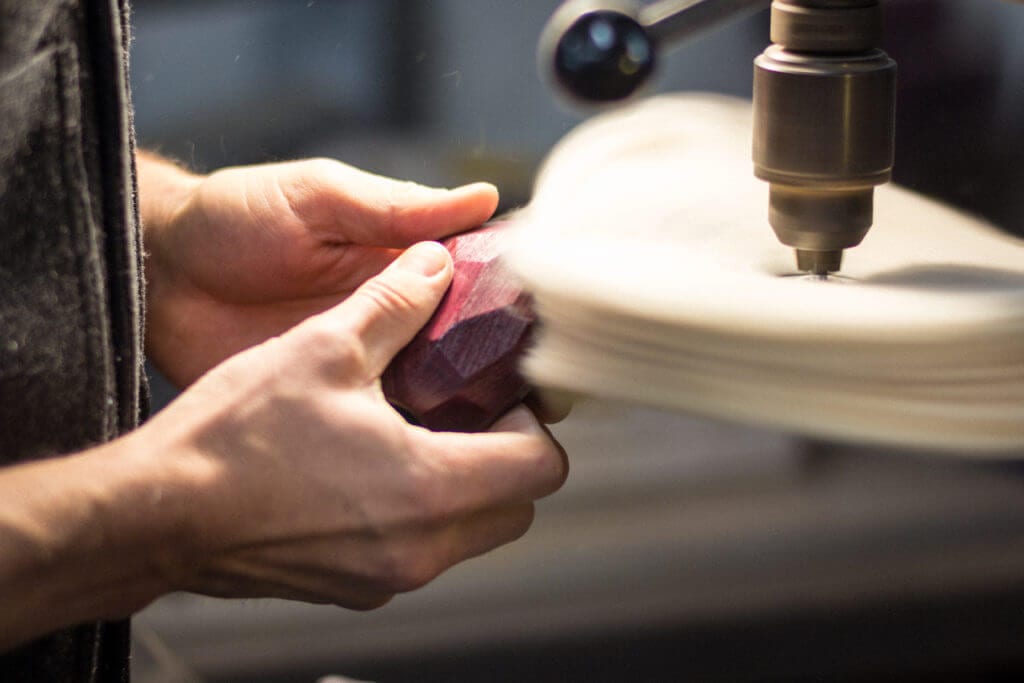 His eye for detail is evident in his work. Nelson crafts ornately detailed pieces that draw upon nature’s designs to transform everyday objects such as planters and cutting boards into artwork.

Nelson started his company, Fernweh Woodworking, less than two years ago, but his products have already caught the attention of Etsy. The goliath of handmade flew him to New York in 2015 for a “makers” meet and greet with wholesale clients. He left with a deal confirming what he hoped was true—people are willing to spend money for items that are truly handmade.

“I was honestly pretty concerned when I started out as to whether, in our culture and economy, being a full-time woodworker was realistic. Could I produce enough at a price people would buy it? I was skeptical of my own business,” said Nelson. 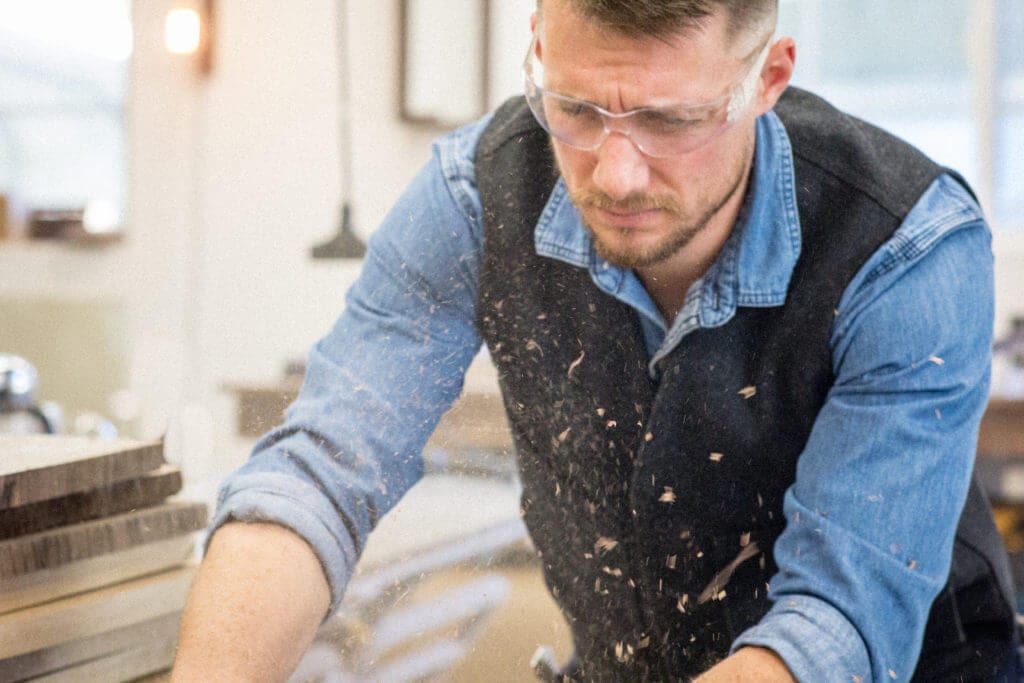 A former Hotshot on Prineville’s crew, Nelson’s career path has taken a complete 180-degree turn from fighting wildfires. “I’m on Pinterest now. I would have never been on Pinterest before,” he said with a laugh.

Many of his pieces have a delicate design. Petite planters and bud vases with geometric patterns aren’t just functional, they’re striking. His passion for woodworking began on the opposite end of the spectrum. Starting out, Nelson used rustic reclaimed barn wood in his designs because he thought that was where the market was.

“I assumed if I was going to make money doing it, I would have to change with the fads,” he said. 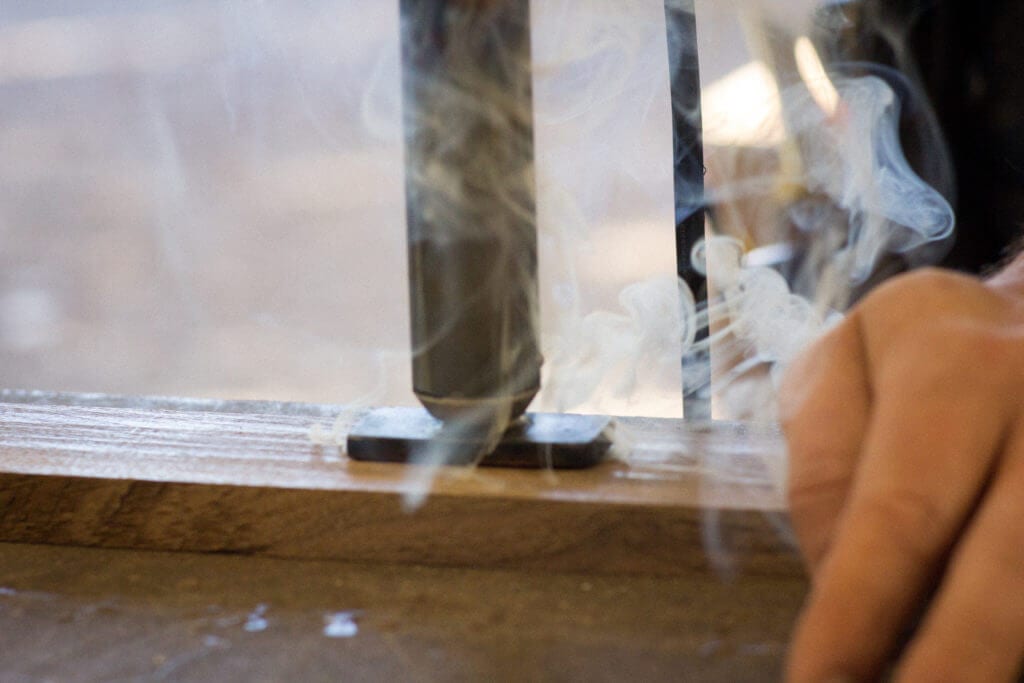 A mentor snapped Nelson out of it. He advised Nelson that if hardwoods were his passion, he had to listen to that.

His passion is evident. His speech quickens when he talks about the highlights of yellow and pink in Canary wood. He might be describing the features of a striking woman rather than something as ordinary as a block of wood when he describes his materials. Some of the colors in his pieces, he explained, are from what’s known as spalting.

“There are mold colonies growing in the wood and the lines you see are the borders between the colonies,” said Nelson. “It’s the beginning of the rotting process, but if you catch it at the right time and kiln dry it, the fungus is killed and it leaves beautiful lines.”

His current top sellers are Edison Lamps and Geometric Wall Planters—he can barely keep them in stock. Business is getting to the point where he’s worried how he’ll continue to keep up. 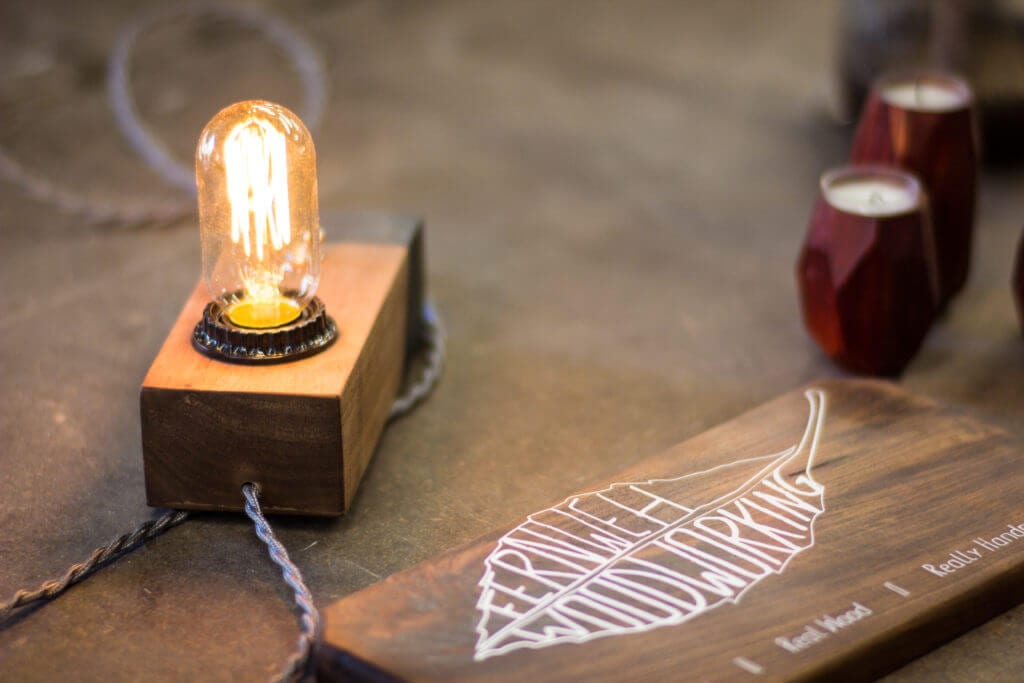 “It does scare me. I can always hire on an employee if needed. But I’d like to keep it [to] only me for as long as possible because I really enjoy it,” he said.

Check out more of his work here: www.fernwehwoodworking.com