Unlike most sibling rivalries, this one between snowboarders Gabe and Ben Ferguson is playing out on a global stage, with bragging rights printed out in gold and silver medals and cash sponsorships. 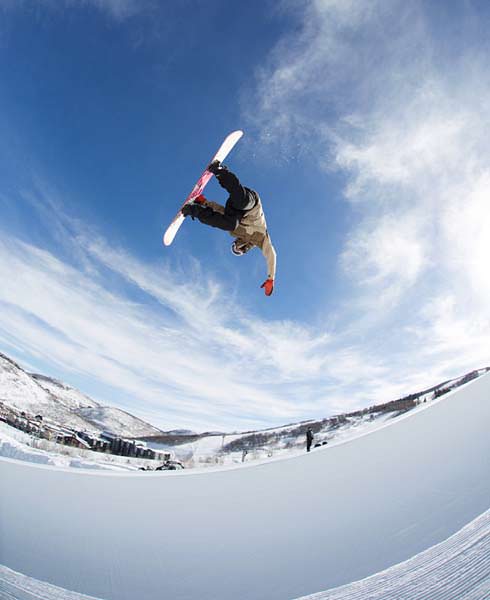 As the twin pillars of professional snowboarding in Bend, Gabe and Ben Ferguson are naturally competitive. But unlike most sibling rivalries, this one is playing out on a global stage, with bragging rights printed out in gold and silver medals and cash sponsorships.

But on a recent October afternoon, the two looked like any other late-teen and early-twenty-something locals sitting in a Bend coffee shop—Ben with a short haircut and a flannel shirt, and Gabe with longer, curly hair extending from beneath his beanie. The Red Bull and Rock Star energy drink sponsor logos on their skull caps are the only giveaway that their day jobs don’t involve a time card and a half-hour lunch break.

For the Fergusons, it was never a question of if, but rather, when they would get on a board. “When I was 6 years old [my dad] took me up [to Mt. Bachelor] and I’ve been doing it ever since,” Ben recalled.

And figure it out he did. At year’s end, Ben was ranked 9th in the world in the half pipe, according to the World Snowboard Tour standings; Gabe was 23rd.

Both Gabe and Ben credit the Mt. Bachelor Sports Education Foundation (MBSEF) youth programs and Bachelor’s terrain that is filled with bowls, cliffs and wind lips, plus its man-made features.

While the early start and proximity to Bachelor helped, U.S. Snowboarding team coach Spencer Tamblyn credits Ben and Gabe’s drive for their success as pros.

“Ben has set the bar pretty high for Gabe,” said Tamblyn. “Gabe is going to have to really push to keep up with him. As of now, I think Ben is still leading the Ferguson charge, but Gabe is close on his heels.”

Tamblyn said he remembers recognizing Ben’s motivation early on—at age 15 or 16—while snowboarding at Bachelor during the 2010-2011 season.

“Ben and I rode the chairlift together and discussed his plan to qualify for the Youth Olympic Games,” he said. “We talked about what he would need to do to qualify and what kind of tricks he should be working on in that quest.”

After another summer practicing at Mt. Hood and learning those tricks, Ben went on to take gold at the event in Austria in 2012.

“He was dedicated to that effort, and both Gabe and Ben have that kind of drive,” said Tamblyn. 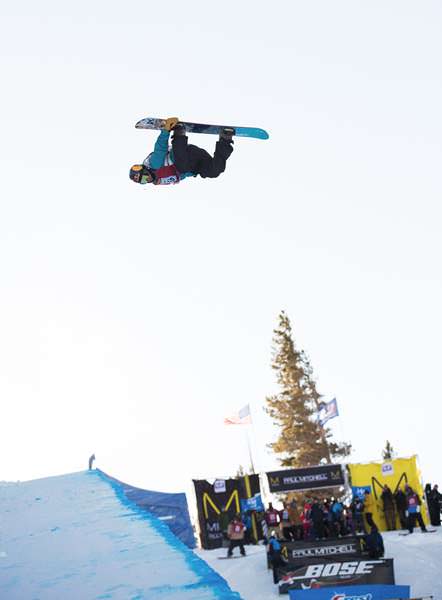 As the younger sibling, Gabe credits his early success in large part to his brother’s example.

“I don’t think I’d be in the same position if I didn’t have a brother to ride with and push me,” said Gabe. “I’m super blessed that we have this thing.”

When it comes to competition, they still want to beat each other, but they now consider one another good friends as well.

“We’re really good homies now. It’s been great being able to travel together for so long,” Ben said of road trips to Colorado and international travel for competitions. “I think I kind of took it for granted when we were younger.”

Back from snowboarding in New Zealand with the U.S. Team in early fall, the Fergusons will have a full season of competition this winter before looking ahead to 2018 Olympic qualifiers.

Ben was on his way to claiming the final U.S. Olympic snowboard spot in 2014 when one of his role models, Danny Davis, bumped him out of contention in one of the final lead-up events.

Looking back without regret, he said it was wild just to be in contention.

The brothers started their 2016-17 campaign at the annual Dew Tour in Breckenridge in December.

“I’m feeling good—stoked on last year. I had a lot of fun, did decent,” said Ben. “I just want to keep it going. I definitely want to try to qualify for the Olympics.” This time he won’t be the only Ferguson on the radar of the U.S. snowboarding team. But when you’re a pro snowboarder in Bend, that’s what sibling rivalry is all about.