You are here: Home / Adventure / How Triathlete Heather Jackson Bounced Back

Bend’s star triathlete Heather Jackson on bouncing back from disappointment and cranking up the speed.

After finishing third, fourth and fifth among pro women between 2015 and 2017 at the Ironman World Championships, Heather Jackson was considered a favorite this past fall to do what no American woman has done at the Kona race in more than twenty years—win.

The Bend pro would finish a disappointing fourteenth, the result she said of overtraining and insufficient rest in the lead-up to the October championship.

Frustrated, she returned home to Bend to re-group.

So five weeks later, Jackson lined up at Ironman Arizona. She went on to win with a blistering time of eight hours, thirty-nine minutes, setting a new best Ironman time for American women, and shattering her own personal record by more than twenty minutes.

With the victory, Jackson punched her ticket to the 2019 Kona championship, and, now in her tenth season, is more determined than ever to leave her mark there.

The Road to Bend

A standout youth hockey player from New England, Jackson was star and captain of the Princeton women’s hockey team when she was invited to try out for, but narrowly missed, landing a spot on the 2006 Olympic squad. After graduation, she moved to Southern California and took up cycling, where her strong skating legs were an asset. Swimming, however, proved more difficult.

Despite this, less than two years after entering her first event, Jackson quit her teaching job to take up triathlon full-time. She and her husband Sean “Wattie” Watkins moved to Bend three years later.

On paper, Bend may not seem like ideal training ground for pro triathletes, given that winters here aren’t ideal for cycling and running. But Jackson disagrees, citing an ideal altitude for training, extensive running trails and a devoted community of Masters swimmers.

Although Bend’s triathlon scene may be relatively small, three of the country’s top pros, Jackson, Linsey Corbin and Jesse Thomas, all live and train here. 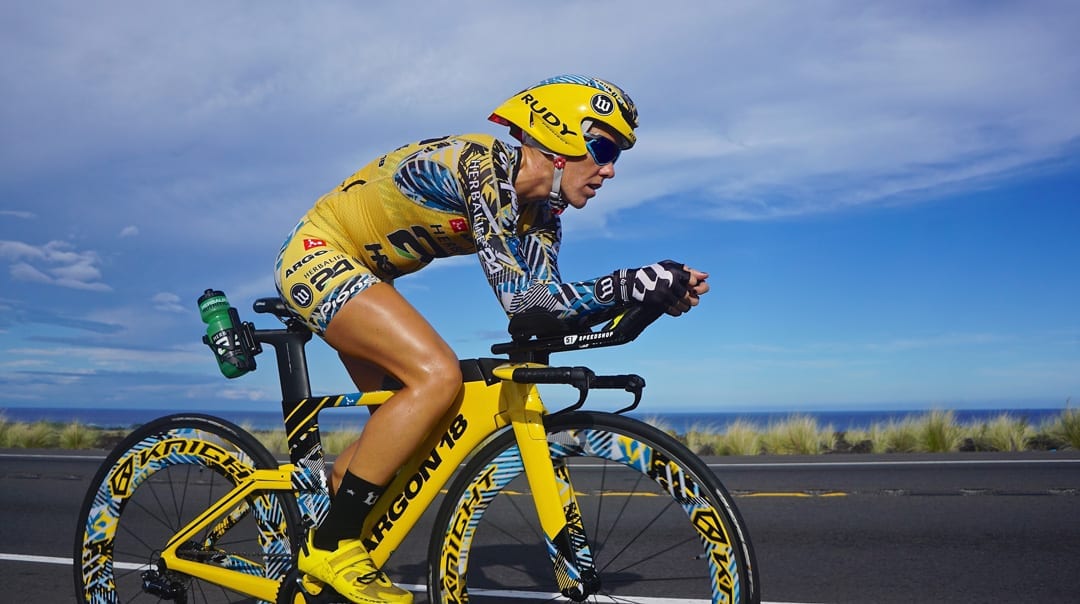 A doppelganger of the rockstar Pink—complete with the cropped platinum hair, extensive body ink, and tight, compact frame—Jackson is drawn to the sport’s toughest courses.

She’s amassed five Ironman wins, including Coeur d’Alene and Lake Placid, where she holds the course record among women, and will be gunning for her fifth Wildflower victory this spring, a race known for its gut-checking hilly terrain.

“Crazy hilly hard” is the phrase Jackson uses to describe her favorite events, those that allow her compact powerful frame and gritty determination to shine.

An extreme competitor all her life, Jackson said her attitude has matured over the past decade. Early in her career, she’d be in tears if she missed a training goal, and felt fiercely competitive toward her fellow racers.

“I’d line up and think ‘I’m going to beat all these girls,’” she recalled. “It’s weird how it shifts. I still want to beat everyone, but not in an aggressive, angry competitor sort of way.”

Over the years, Jackson’s learned to bring her focus inward and give herself some grace if a training session or race doesn’t go exactly as planned.

“If I’m in the middle of a session, and I’m not close to the splits, I’ll just jog home,” she explained. “I don’t bash my head against the wall anymore. In time you learn what makes you able to go the hardest. And it might not be on the day your coach put it on your training schedule.

“I used to think I had to do more than everyone else,” she continued. “But it’s not like that anymore. It’s more about how I can get the best out of myself.” 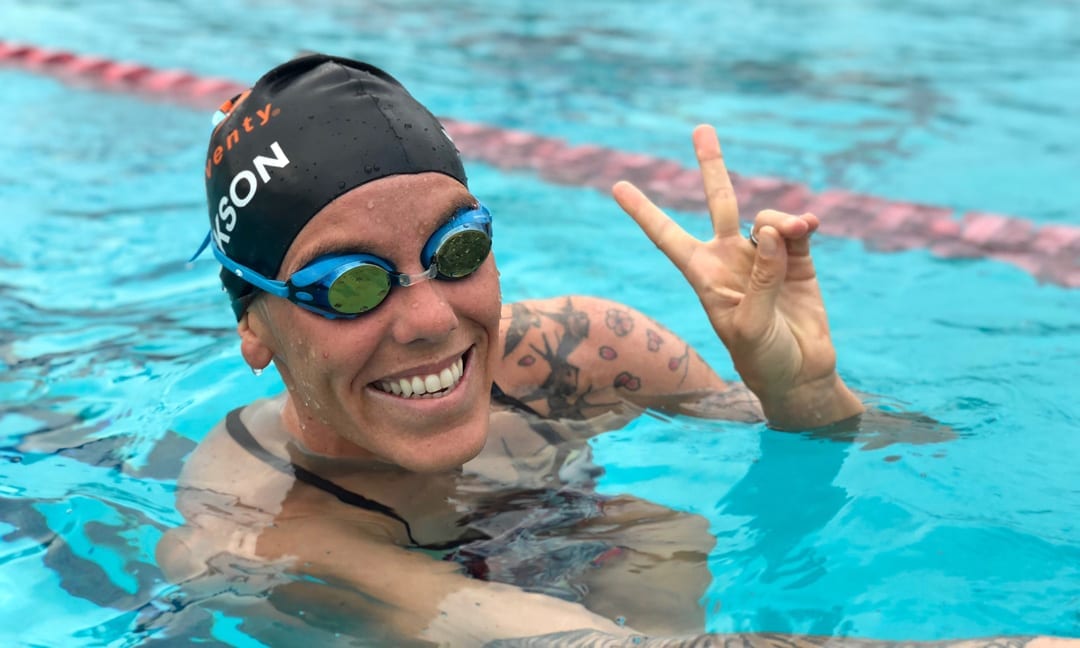 Along with the Ironman World Championships in October, look for Jackson to try to four-peat at Ironman Chattanooga in May and attempt her fifth win at Wildflower—both of which are half-ironman distances.

By racing only shorter distances and shifting her training schedule up in this year, Jackson hopes to enter Kona fresh and ready to compete for a spot on the podium.