You are here: Home / Business / High Desert Maker Mill’s Scot Brees on Where the Next Big Ideas are Being Incubated

The “maker movement” has been gaining momentum for the past fifteen years, cultivating skills and community spaces to localize manufacturing again and challenging conventional business models. Central Oregon was late to the game, not really having much to speak of until 2013, but High Desert Maker Mill president Scot Brees sees that as an advantage—local makers can see what has worked and what hasn’t. The High Desert Maker Mill is a nonprofit that opens this fall. It will be a community resource for local makers—developers, fabricators, entrepreneurs, screen printers, designers, metalsmiths, 3D printers and engineers—or people who want to gain the skills to become makers. The nonprofit space wants to be the venue for “Aha moments” that might launch the next big thing.

Scot Brees sat down with BEND Magazine to talk shop. 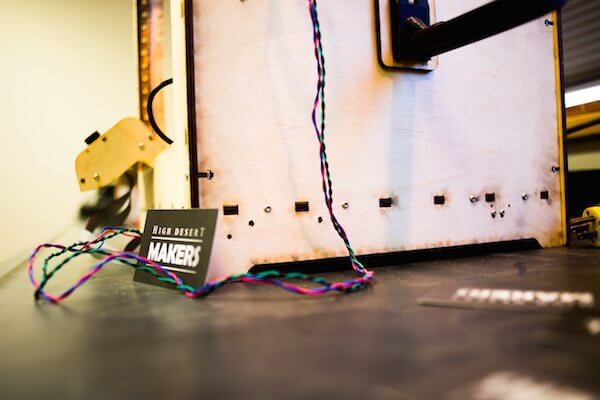 Tell me more about the “maker movement.”

The maker movement really started with the fabrication labs from MIT and the concept of shared tooling, the traditional co-op space. It really picked up momentum about fifteen years ago or so because people started getting access to advanced technology, and some of the patents on the proprietary hardware were going away. People were actually able to modify and hack the technology, and make it more affordable and accessible … We refer to it as the modern industrial revolution.

What kind of people do you want to bring into the Maker Mill?

In its simplest form, we want people with ideas. We want people who want to develop products, think of an idea to improve something, or as they typically refer to it, ‘hack’ something that already exists. We want entrepreneurs and inventors to come in. That’s how we are differentiating our space, because in addition to offering workshops to the community or to the people that just want to learn skills, we want people to take those skills and turn them into products. `Zero-to-maker’ is someone who doesn’t necessarily have a skill or experience but wants to learn something. Then you’re a maker. So maker-to-maker is about sharing experience with other people. And the last one is maker-to-market, taking an idea or a product or that skill and making it a marketable product or a service. I think that last part is really the big one that we’re finding a lot of demand for.

What makes Bend a good place for this type of resource?

We have the expertise, the subject-matter expertise, and here in Central Oregon, if one of those products starts to take off, then we’ve got the venture capital groups, we’ve got development groups, and we’re right around the corner from what is basically becoming the entrepreneurial district.

Do you think the maker movement will become the norm?

It absolutely is. Advanced manufacturing, using the technology to be able to make manufacturing more efficient or more accurate is already on the cutting edge, and you see a lot of that here in Central Oregon. There’s a lot of focus on that education—the career technical education. One of the other things we’re noticing around the country and around the world, is that economic development organizations are identifying the maker movement and these maker-spaces and saying, ‘Hey, that’s where our next big things are going to come from.’ These are actually altering the way that business is done in our community and not in a bad way.

You guys are also working with the schools and doing workshops with kids?

I came to Central Oregon and started working with Oregon State University doing youth programs. I oversee youth robotic programs as well as some other science and technology classes. The kids understand this stuff, they’ve grown up with it and they just get it. I took a local team of robotics kids down to Silicon Valley to compete at a robotics tournament. On the way back we stopped at the Jelly Belly factory, which is just arguably a tourist destination, but Jelly Belly’s a very high profile company across the world. They have a manufacturing line tour, and the kids who were in this robotics program were looking around, talking and describing the entire manufacturing process. The technology they were using with the robots was already more advanced than the technology process that’s used in manufacturing that product.

What is the ultimate goal for the Maker Mill?

We know what infrastructure is necessary to enable the opportunities, whether it’s for kids, adults, businesses or whatever. The partnership we did with Cascade Divide Data Centers was incredible because they had a building that was under-utilized. We’re in a building now that has shop space, lab space and offices. Somebody can literally come in and learn a skill, they can share with other people, and then they can actually catalyze and start a business. We’re building a community, and out of the community are going to come a couple of those entrepreneurial lightning strikes that just explode. But at its heart, what we’re building is a community center, a community maker-space.

To see what the Maker Mill is all about, check out its Maker Monday at Maker Mill weekly meetups at their space at 213 SW Columbia Street in Bend.