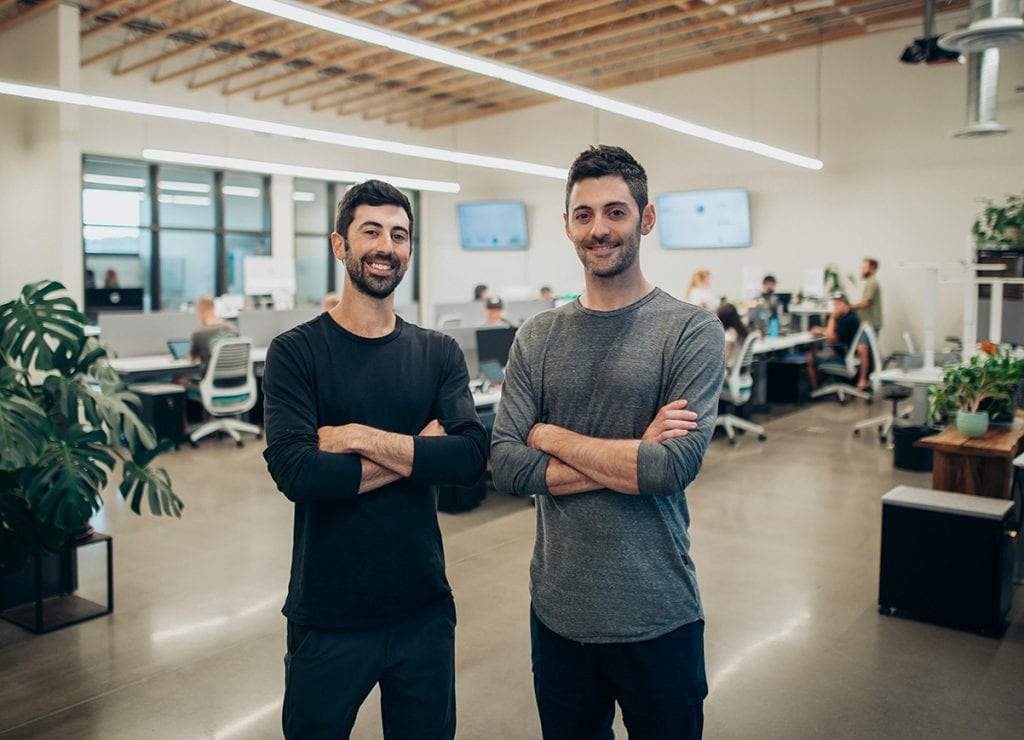 When Ross Lipson went off to Michigan State University in 2005, on his first day in the dorm, he got inundated with take-out food menus. Knowing there was a better way to connect restaurants and customers, he dropped out of college in the first week of school to launch one of the first online restaurant-ordering sites in the U.S. capable of aggregating offerings from multiple eateries. He replicated that with GrubCanada, the country’s first such service, which became a household name and the hub for online ordering.

After selling it in 2011, Lipson, an avid snowboarder, moved to Bend in 2012. His timing was fortuitous. When Oregon voters legalized cannabis for recreational use in 2014, Lipson saw an opportunity. He founded Dutchie (pronounced doo-chey) an online marketplace where consumers can place pickup or delivery orders from local cannabis shops. With hundreds of participating dispensaries across the nation, Dutchie is dominating the space and expanding locally. We talked with Lipson recently about the endeavor and his plans for its growth.

Tell us a bit about launching Dutchie in Bend in mid-2017.

Shops were starting up, as we all remember, on every corner—lines out the door. Everyone was very excited. I was personally excited. I enjoy consuming, the culture, the people, I see the opportunity. I’m in Bend, in Oregon, one of the first markets to go legal for rec[reation], and so I have this early exposure to this emerging industry, cannabis. I’m in line that first day of legalization, and my light bulb is going off in my head, screaming at me, saying ‘You need to apply the online ordering concept, everything you know, to the cannabis space.’ I called my brother (Zach Lipson), who’s my co-founder and chief product officer here. He was living in Chicago, he’s a tech startup guy, and serendipitously, he was going through an acquisition at the same time. I called him with my idea and he said, “It’s a no-brainer, you have to do it, and I’m in.”

How much is the company growing?

We launched here in Bend in mid-2017 with just one dispensary and now, two-and-a-half years later, we’re in twenty-two states, we’re in more than 500 dispensaries, we have forty-five employees, growing quick. We just signed a lease for a 13,000-square-foot building with room for 130 employees. We’re moving in November 2020, so we’re really aggressively recruiting. We are recruiting software engineers, product specialists—cannabis connoisseurs, customer support, sales, account management. Those are the buckets for thirty job openings.

Tell us about your funding and sales.

We’ve raised $18 million in funding. The lead on our first round was Casa Verde Capital, which is [backed by] Snoop Dog, and Gron Ventures led our last round, our Series A in September. We’re the leader in the nation in online ordering for cannabis —transacted more sales in cannabis than anyone in the nation last year. We’re right now annualized at doing $185 million in GMV, gross merchandise value—transacted sales. (The amount of sales made by dispensaries using Dutchie online ordering.) We work with many multi-state operators like Mission and ZenLeaf and the largest dispensary in the world, NuWu, in Vegas, and the closest recreational dispensary to New York City, Theory Wellness, which averages a two-hour line all day in Great Barrington, Massachusetts, on the border of New York State. Order volume like you’ve never seen—over 1,000 transactions per day.

Who are your main competitors and how are you distinct?

Leafly and Weedmaps are our two main competitors, however, we’re very focused on online ordering. That’s all we do, whereas they do many things. They’re first and foremost product review, and a dispensary guide of listings in your area. They just recently launched online ordering.

What have been the biggest challenges so far?

I am so optimistic; I see the challenges as positive. In the cannabis space there are these rules and regulations that wear you down. Those are the reasons why the big players aren’t in—the barriers to entry—I love those problems. It all comes down to the mindset.