You are here: Home / Homepage: Recommend / A Bold, Modern and Sustainable Home in Bend 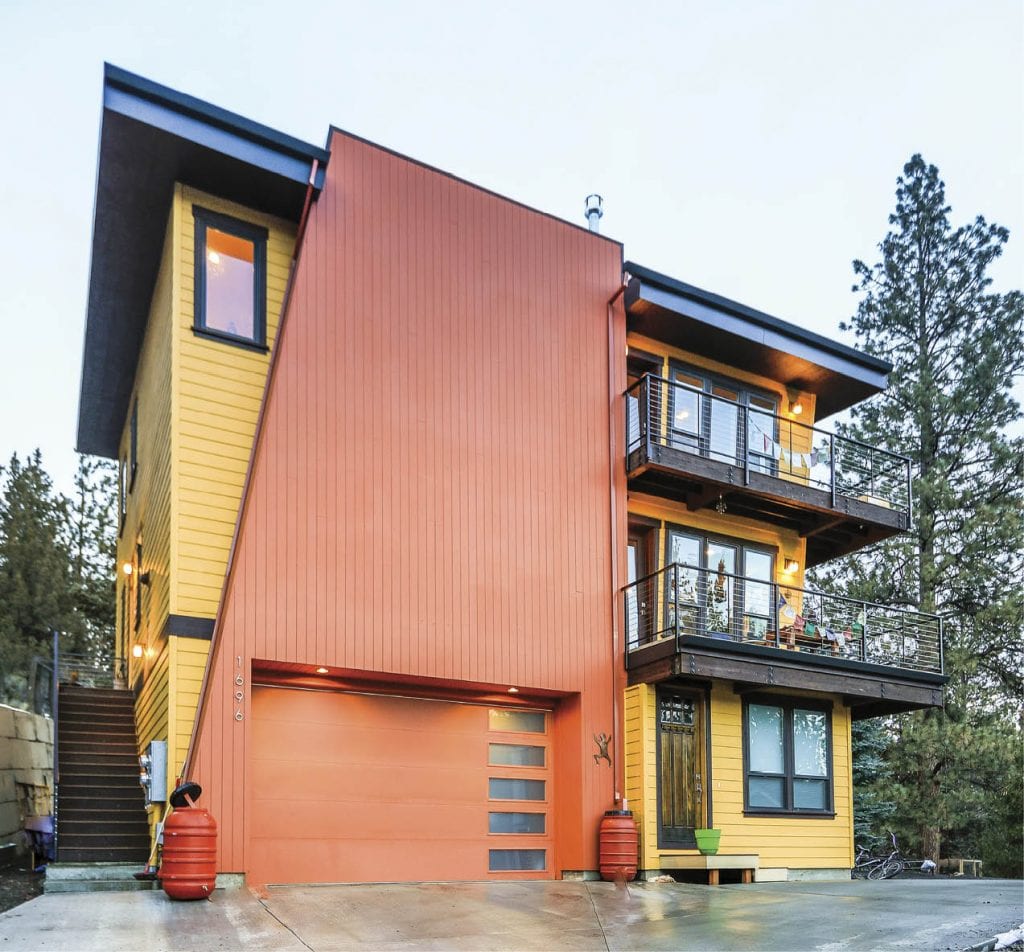 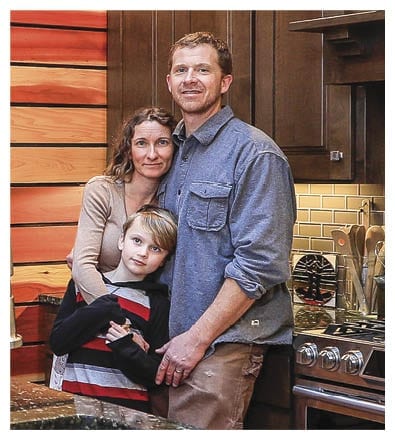 When Nick Holdeman contemplated the lot where he was going to build his family’s new home, he thought of the Jetsons. “I like modern, and I thought about how that house reached up. This lot is small, maybe sixty by sixty feet, so I knew we would have to go vertical. I was talking to a friend Steve Write about it, and he just sketched it on a piece of paper, and we took it from there.”

While there is no Rosie the Robot, and the family can’t work on Jupiter or play on Neptune, the 2,186-square foot home does reach into the sky, and it’s built on Bend’s west side where accessing work or play is right around the corner, not an interplanetary undertaking.

The resulting building was designed to comfortably accommodate the family of five and one dog. On the bottom are a 564-square-foot rental apartment and a two-car garage that connects to the home above; on the second, or main level, is the main entrance, public living areas and master suite, and on the third floor are three bedrooms, an open family room and a bathroom. 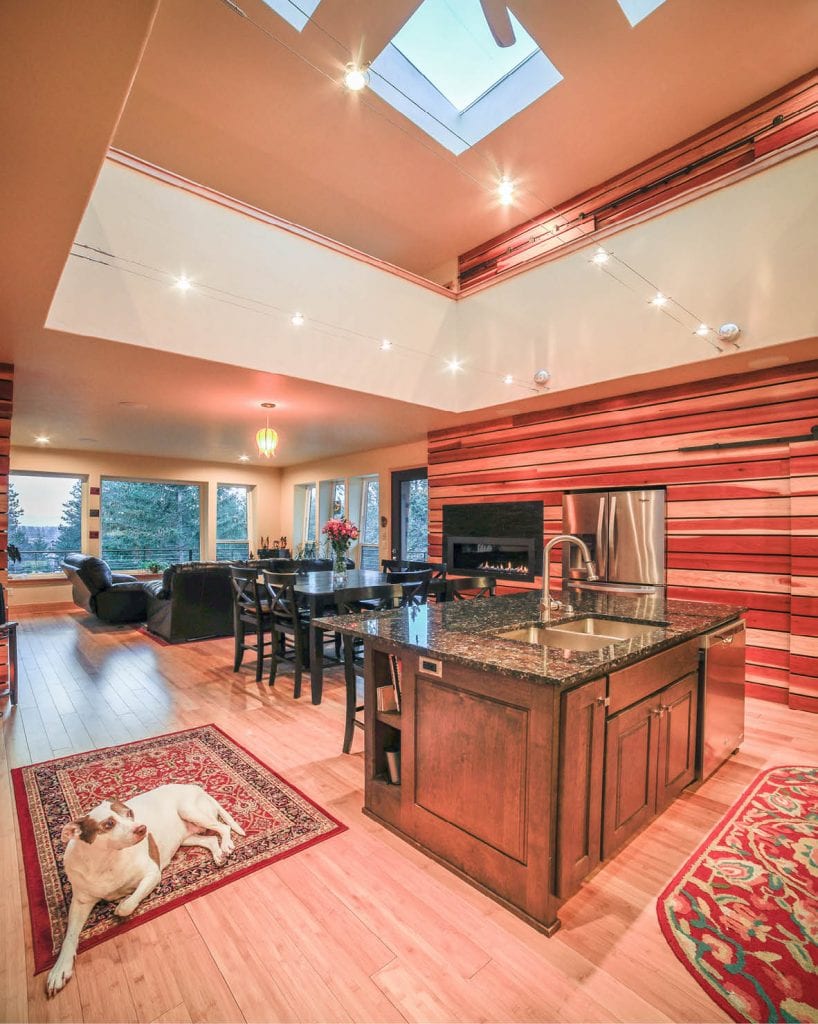 Central Core: All the living spaces are organized around an open core with the kitchen and dining area at its base.

All the living spaces are organized around an open core with the kitchen and dining area at its base. Light streams down into the central space from a pod of four-by-four foot skylights, comes in from floor-to-ceiling windows in the living area on the main floor and from similar windows in the family room on the top floor.

Central to the home’s success was Holdeman’s vision of its construction as a healthy, comfortable, sustainable home built with “real” materials. “I had firm ideas and I stuck with them,” he said. 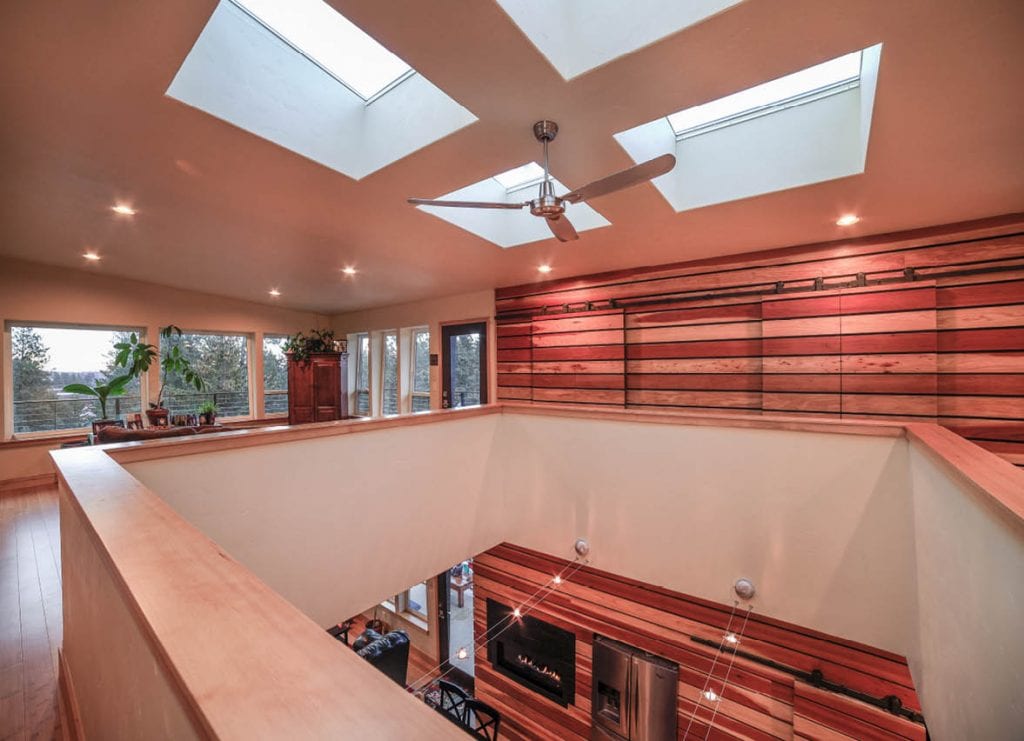 Light Effects: Light streams down into the central space from a pod of four-by-four foot skylights, comes in from floor-to-ceiling windows in the living are on the main floor and from similar windows in the family room on the top floor.

Holdeman, who owns Alcove Construction, had already built several Earth Advantage homes and wanted his own home to meet the organization’s criteria for platinum certification. “Our criteria is higher than that of building codes,” explained Matt Douglas, senior green building consultant for Earth Advantage, “so the finished house is more sustainable and energy efficient, more comfortable and has lower utility bills.”

Using a score sheet that awards points in the categories of energy, health, land, materials and water usage, buildings can qualify for silver (60 points), gold (80) or platinum (100) certification. In addition to the point sheet, an Earth Advantage consultant also performs periodic inspections during construction and a final inspection once construction is complete. 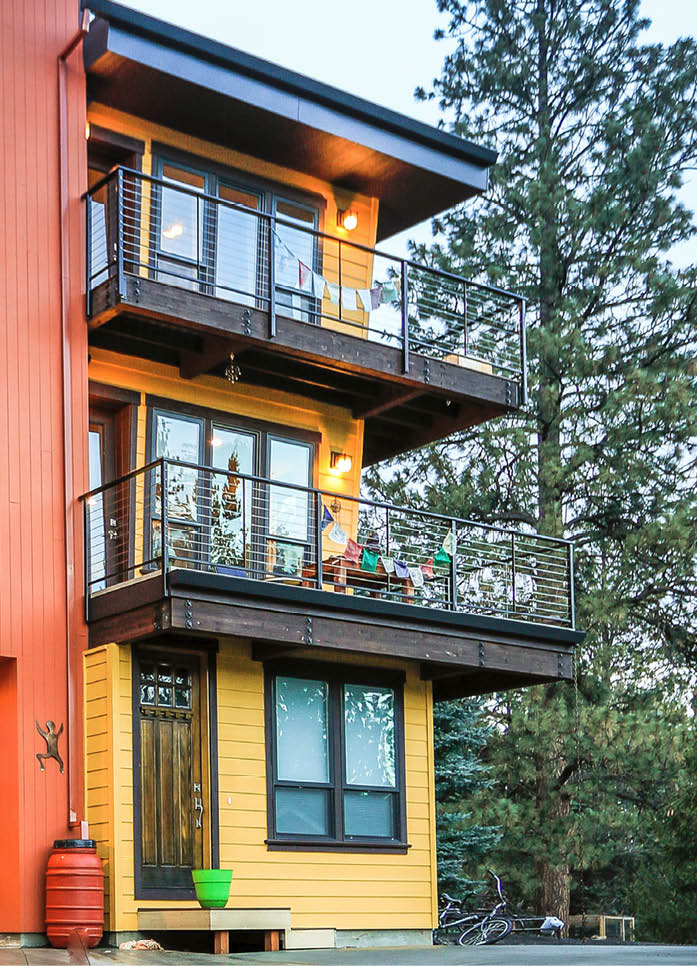 “Probably the least well-known but most appreciated benefit is that there’s a second set of eyes on the home construction,” said Douglas. “The city has its own inspectors for such things as safety and electricity, but I look at it from a different perspective to make sure the house is built well and will perform as it should.”

To fulfill the requirements for the platinum certification, the home was oriented to take advantage of solar gain and constructed with staggered framing, which allows the use of continuous insulation. Decks wrap around the home’s south and east sides to provide additional living areas and mitigate summer heat gain. Additional climate comfort comes from a high efficiency gas furnace that divides the home into two zones. On the roof, a white rubber membrane reflects the sun, and a collection system provides water for the yet-to-be planted native landscaping. 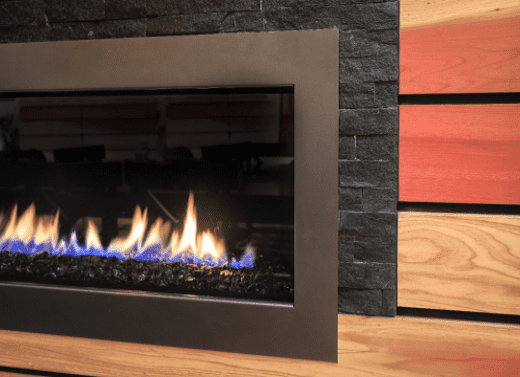 Inside, modern meets organic with wood trim and bamboo flooring. Walls were finished in low VOC paints in colors chosen by Holdeman’s wife, who also chose the exterior’s distinctive orange spice color. In the dining-kitchen area, planks are spaced with gaps over black painted plywood for a three-dimensional effect that disguises a pantry and helps provide visual cues to the end of the kitchen-dining area and the start of the living room. Stainless steel Energy Star appliances, dark alder cabinets and black granite complete the area’s palette. 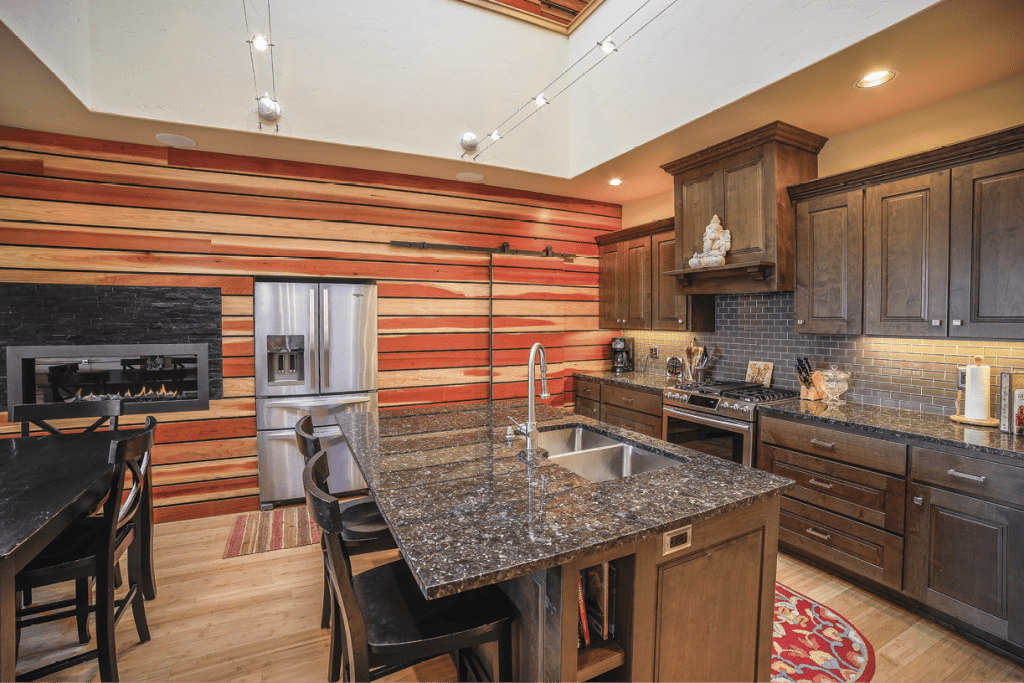 Completed in May 2016, the home was part of the Bend Energy Challenge Week green tour last fall. Since then, however, it has quickly and easily gone from show home to family home. “Our initial idea was to build and then sell this house,” said Holdeman, “but that has changed. We really like living here.”