You are here: Home / Home / Bend Makeover Show “Mom & Me” To Debut on HGTV

A Bend mother-son duo could be HGTV’s next makeover hit with a new Bend-based show,“Mom & Me,” set to debut in 2019. 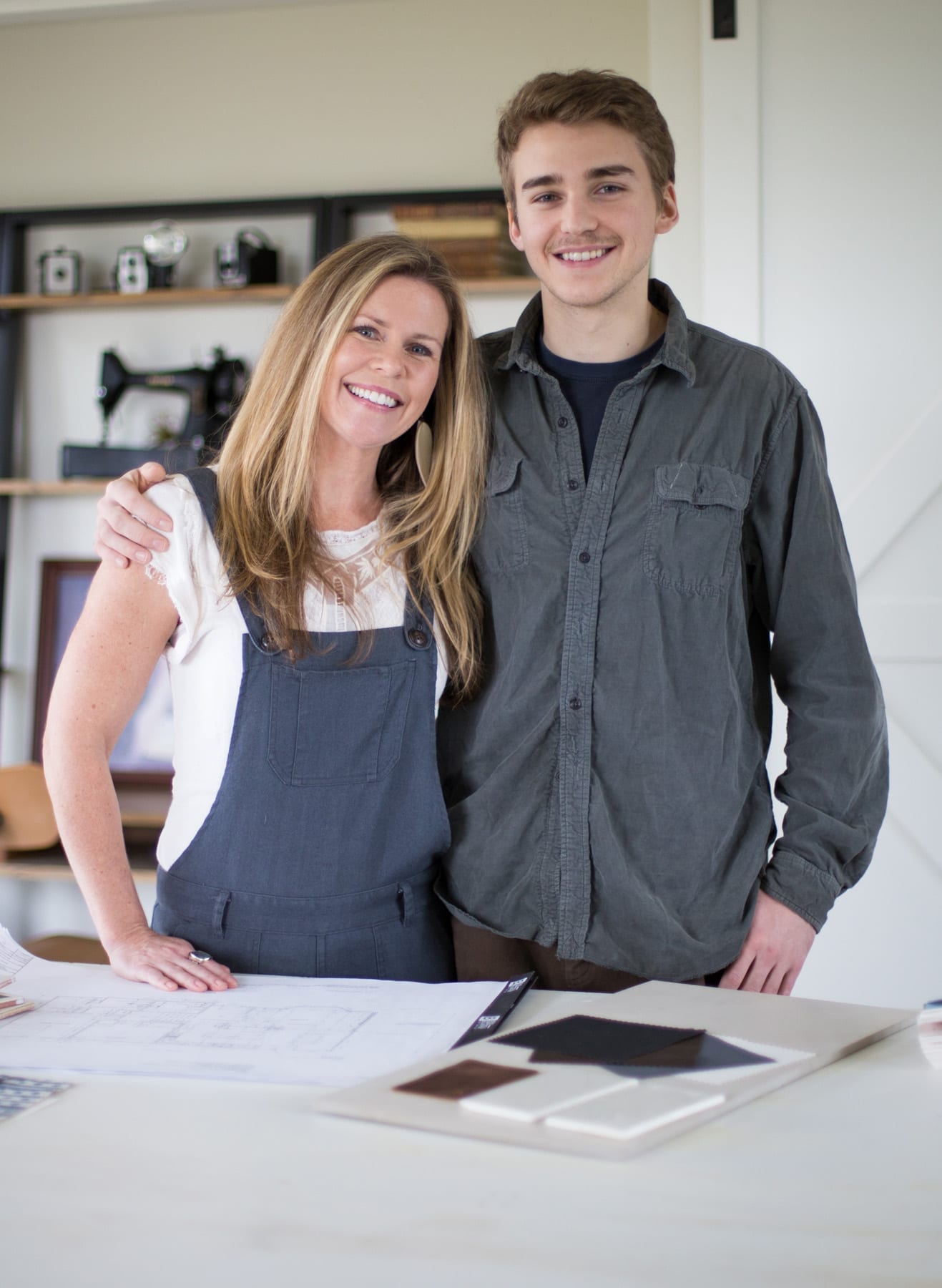 With a sparkling personality and a natural ease on camera, Karrie Trowbridge of Bend is parlaying a home remodeling and design business into something that could become an ongoing series on HGTV.

A pilot show that aired in August 2017 rated well enough for HGTV to enlist Trowbridge and her son, Tristan, the oldest of three sons, to produce six additional episodes titled “Mom & Me.” The network is planning to air them in early 2019. If they gain traction, the Trowbridges could be signed up for thirteen more episodes. Owned by Discovery, Inc., HGTV broadcasts home improvement programming to millions of viewers through cable and satellite channels. 

They’re definitely riding the crest of HGTV’s second wave of programming aimed at a younger demographic, the Gen X and Y viewers who are starting to buy their first homes. Petite and blond, Karrie is a youthful 42. Tristan, at just 22, believes he may be one of the youngest remodelers on HGTV. “They ended up liking me,” he said. “With us in its lineup, the network can reach out to a younger demographic. It’s a new niche.”

Like many success stories, the Trowbridges’ foray into television started with an unlikely event. Karrie had been fixing up and selling homes for more than a decade when a local investor hired her in 2015 to renovate and prepare six foreclosed Central Oregon homes for resale. She posted a before and after shot of one of the remodeled kitchens on Instagram. It caught the eye of a production company, which began informal auditions on Skype to see whether she and Tristan might be the next undiscovered talent for HGTV. The company, Essential Quail Television, liked what it saw and shot a “sizzle reel,” a four-minute video, to pitch the Trowbridges to HGTV.

“I feel like I’ve won the lottery, and I didn’t even purchase a ticket,” Karrie said. “We weren’t looking to do this. I’ve since learned that tons of people are always pitching their ideas to the network with hopes of landing a show. The thought never occurred to me that this could happen to us.” 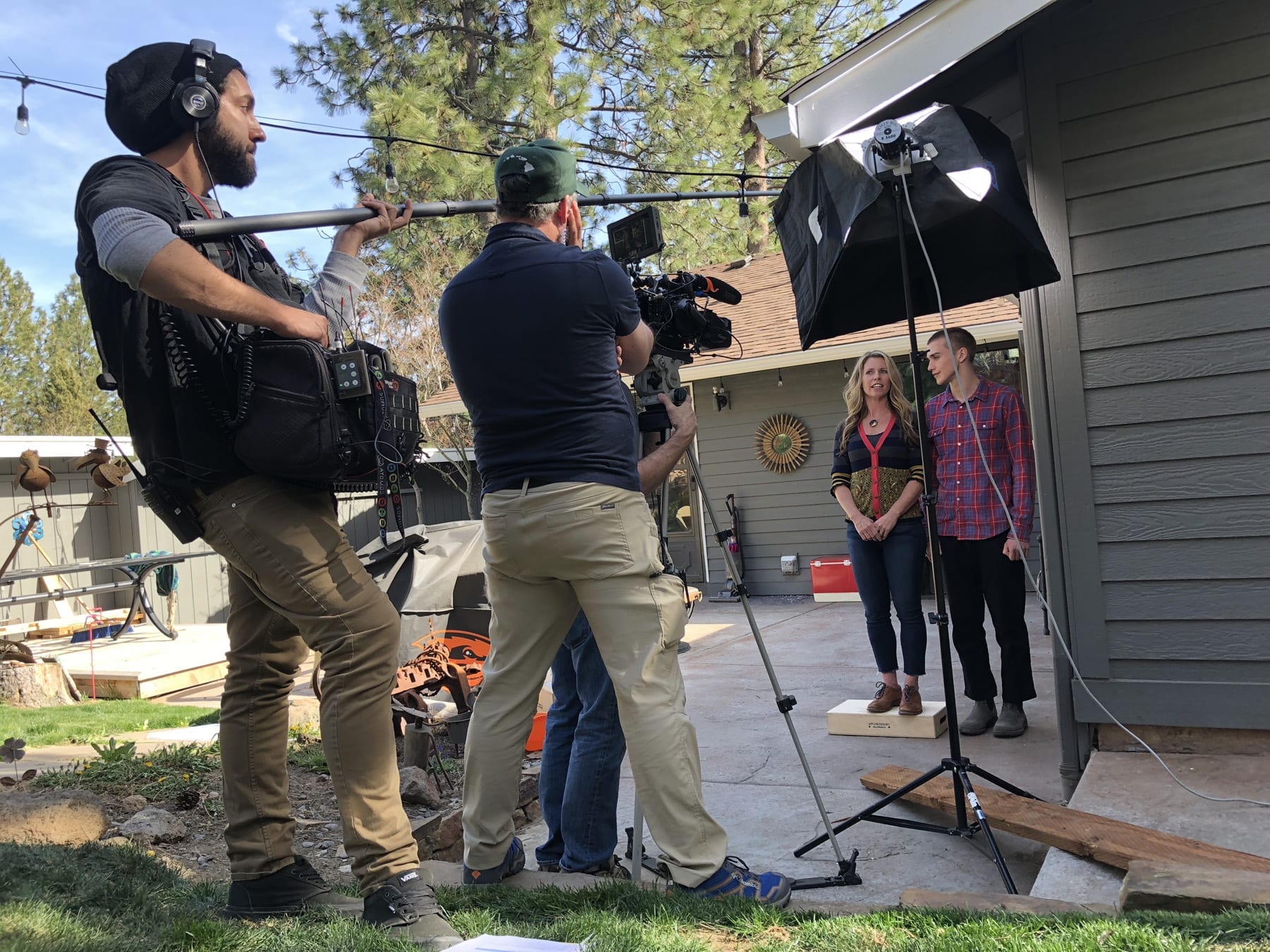 Behind the scenes on the first season of “Mom & Me”.

“There’s a magic that happens with them on screen, and that’s why they’ve made it this far,” said Patrick Trowbridge, Karrie’s husband and Tristan’s father. “After shooting the pilot, they got better and better.” 

The Trowbridge’s Bend home makeover narrative is more than just a made for TV plot. They have been living this story for almost two decades. The family moved to Bend in 2000 with hopes of buying their first home. They slept in a tent for two months while searching for the perfect starter home. Although that didn’t pan out right away, they eventually bought a 1923 Craftsman near Newport Market. “It was in terrible shape,” Karrie recalled. “We did the work ourselves and when the remodel was finished, I thought, ‘Ooh, I want to do more of this work’.” 

Thus began a cycle of buying, fixing up and selling, with Patrick serving as real estate guru and Karrie as general contractor. “I love what I do,” Karrie said. “It’s almost like a sickness. The worse the house, the more I love it.” After the pilot aired, HGTV began casting for homeowners in Central Oregon willing to turn over their homes to Karrie and Tristan. Those chosen had to commit at least $60,000 to pay for their home remodel and move out for six weeks while the Trowbridges worked their magic. “People trusted me with their home, even though it was for a reality TV show,” said Karrie. “My number one goal was to ensure that the client was happy with the results.” 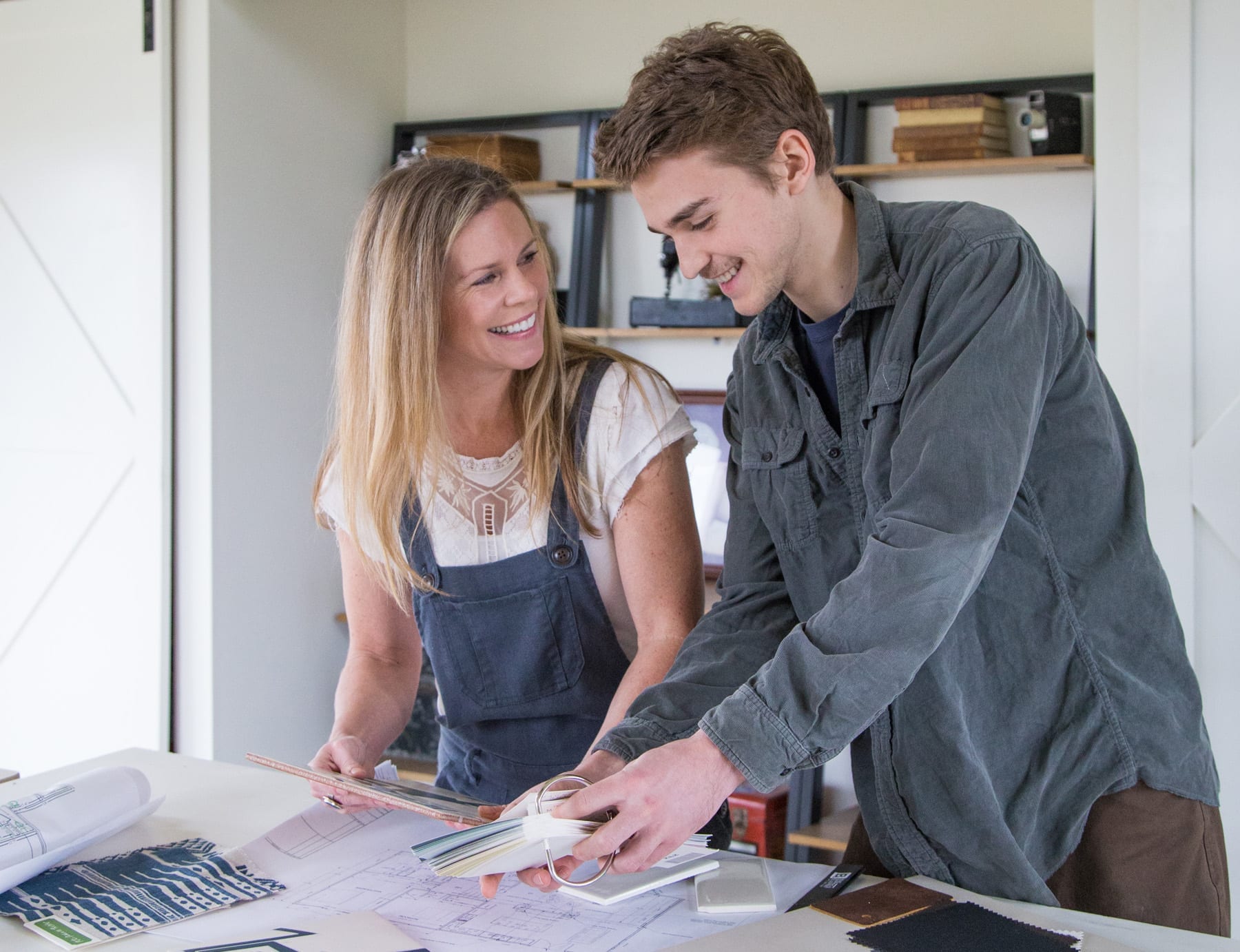 Because of the high cost of filming, the six homes had to be completed within ten weeks. “It was extremely stressful,” Karrie said, adding that she designed each renovation, enlisted client input, coordinated contractors and was on camera with Tristan.

Under normal circumstances, each of the homes would have taken six months to finish. But Karrie was able to hire local subcontractors and had a project manager, Peter Carmichael, to facilitate the fast pace. “The tight deadlines, high pressure and the stress, especially for my mom, brought us together,” Tristan said. “When it got really hard, we were there for each other.”

A film producer was on set to direct interviews between mother and son. Their banter is good natured, with Karrie respecting Tristan’s input. “He’s so supportive, plus he’s got a great design eye,” she said. “We like to bounce around ideas that we think the client is going to love.” The Trowbridges hope they can continue making shows for HGTV, but if that doesn’t happen, they’ll still be out pounding nails and transforming client homes. “Making a beautiful space to live in is never going to go out of style,” said husband Patrick.