You are here: Home / Business / North Drinkware Brings the Mountains to Your Table

A mountain molded into the bottom of a pint glass took off like wildfire—and Mount Bachelor is the next peak in line to be pressed forever into glass from North Drinkware. 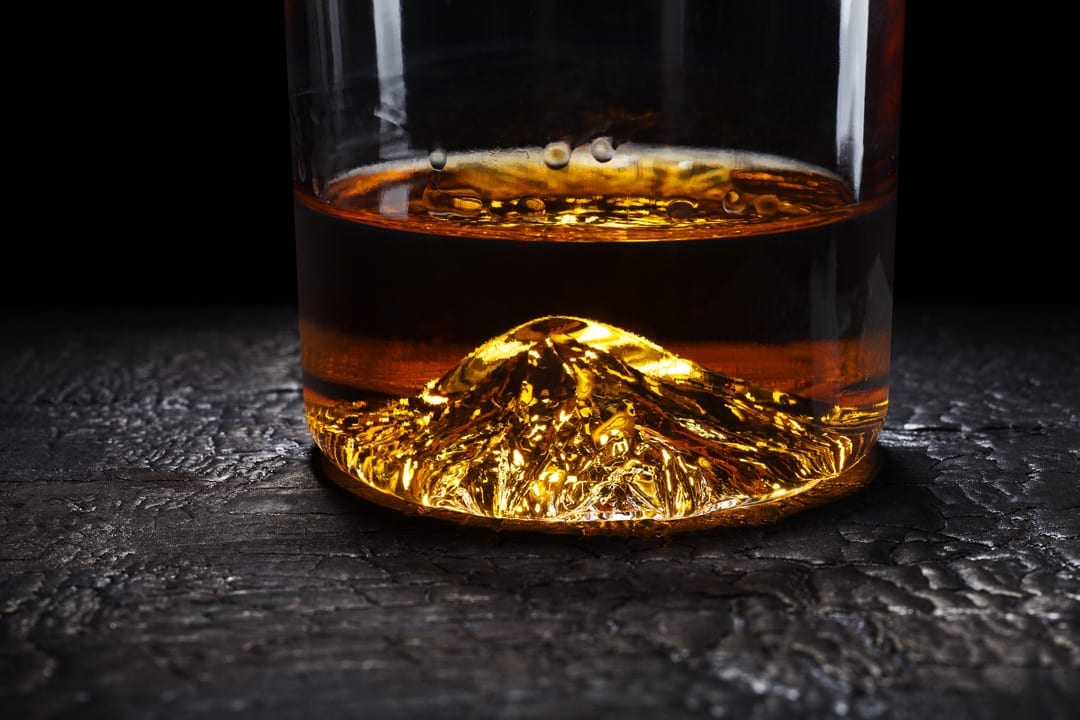 On February 1, 2015—Superbowl Sunday—Leigh and Matt Capozzi and their family kicked back to watch TV in their Portland home. On the screen wasn’t the game, however, but a live feed of the Kickstarter campaign they’d launched that morning. The goal was to raise $15,000 to begin production on a pet project they’d dreamed up with their friend Nic Ramirez: a hand-blown pint glass with the shape of Mount Hood molded into the base.

“Our hope was to be able to produce maybe 200 glasses to fulfill Kickstarter orders and gift the rest to friends and family,” recalled Matt. Fate had another plan for the founders of North Drinkware. Instead of the projected thirty-two days, $15,000 was raised in five hours and fifteen minutes. Within forty-eight hours, North Drinkware was 600 percent funded. The campaign ended with $531,000 in pre-orders of The Oregon Pint from more than 5,500 backers.

“We achieved our five-year business plan day one,” recalled Matt. “It was blistering,” agreed Leigh. “We thought, wow, this is a much bigger idea than we thought it was.”

What the North team loved about the handcrafted vessel—the way it celebrated both Oregon craft beer and the state’s beloved and tallest mountain—turned out to be only part of what attracted others. “We fielded hundreds of emails in those early days,” said Leigh. Some interested buyers were Oregon ex-patriots, missing home. Some were one-time visitors seeking a souvenir. Some loved the idea of supporting the art community. Others appreciated the 100 percent locally sourced business model. Overall, the glass hit a serious chord of connection to Oregon and the mountains. 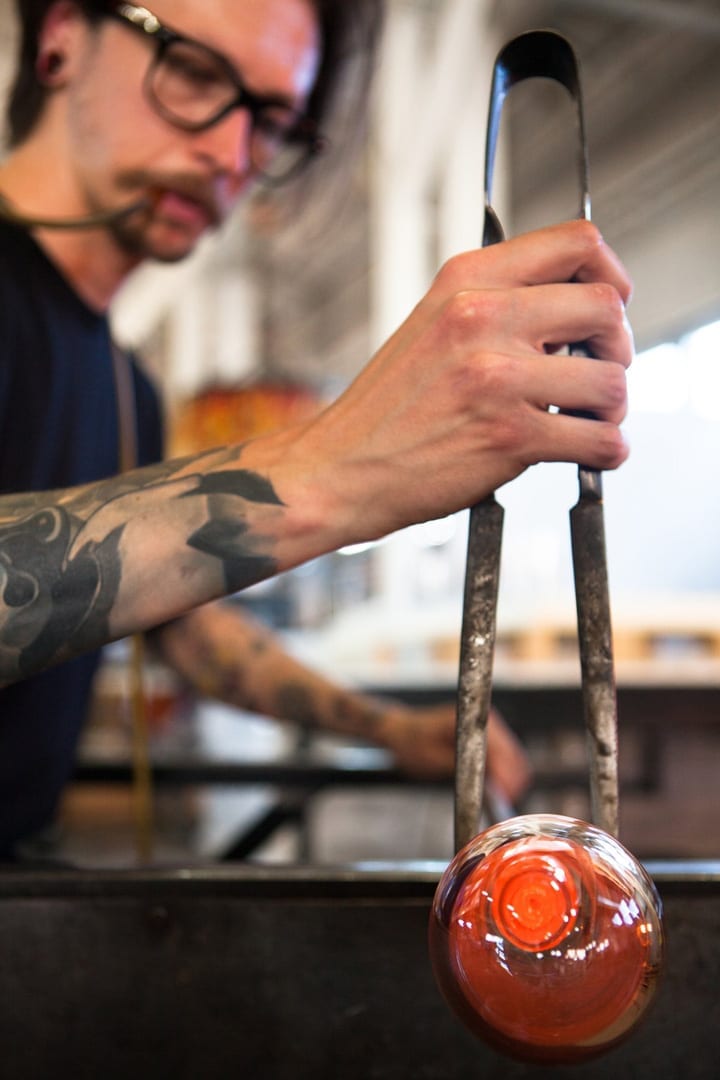 “What’s great about Kickstarter is that it’s a platform for authentic connection with consumers,” said Leigh. “You can put your idea out to the mass community and see what people really think.”

The team was blown away by the feedback they received, both aesthetic and financial. But challenges were still to come. Taking USGS data of a mountain from 3-D imagery to tangible, detailed design was its own trial. Next was the search for a mold medium that could withstand the 600-degree temperatures of the hand blown glass process. Several very expensive graphite molds (as well as a lot of pint glasses) were destroyed before they arrived at the stainless steel mold currently in use. It took eight months to fulfill the original 12,000 Kickstarter orders and another to launch an online store, which promptly sold out.

These were all good problems to have, and anyway, the trio had come to North Drinkware with a combined powerful skillset. Leigh and Matt met in the late 1990s while working for Burton Snowboards, Matt in product management and Leigh in public relations. Matt and Nic both presently work for Cinco Design in Portland, a product and brand design agency with huge clients such as Nike, Smith Optics and Microsoft.

“All three of us have had the opportunity to work for world-class brands and agencies through our careers,” said Leigh. “Launching a brand and having to manage everything from logistics to development and production to marketing to finance has been an amazing growth opportunity.”

Like so many entrepreneurs, the team has found that what makes this experience stand out in the arc of their careers is that it’s personal. “Doing great work is fulfilling, but doing great work and seeing results for your own brand is super rewarding,” said Leigh.

Matt and Leigh moved to Bend in 2016, fulfilling another dream to raise their two daughters closer to their long-term “personal playground,” Mount Bachelor. Nic and Matt now put in a day or two each a week for North, while Leigh concentrates full-time on the company. Glass blowers create custom pints and tumblers five days a week at Elements Glass in Northwest Portland; warehousing and shipping is all out of Portland, too. 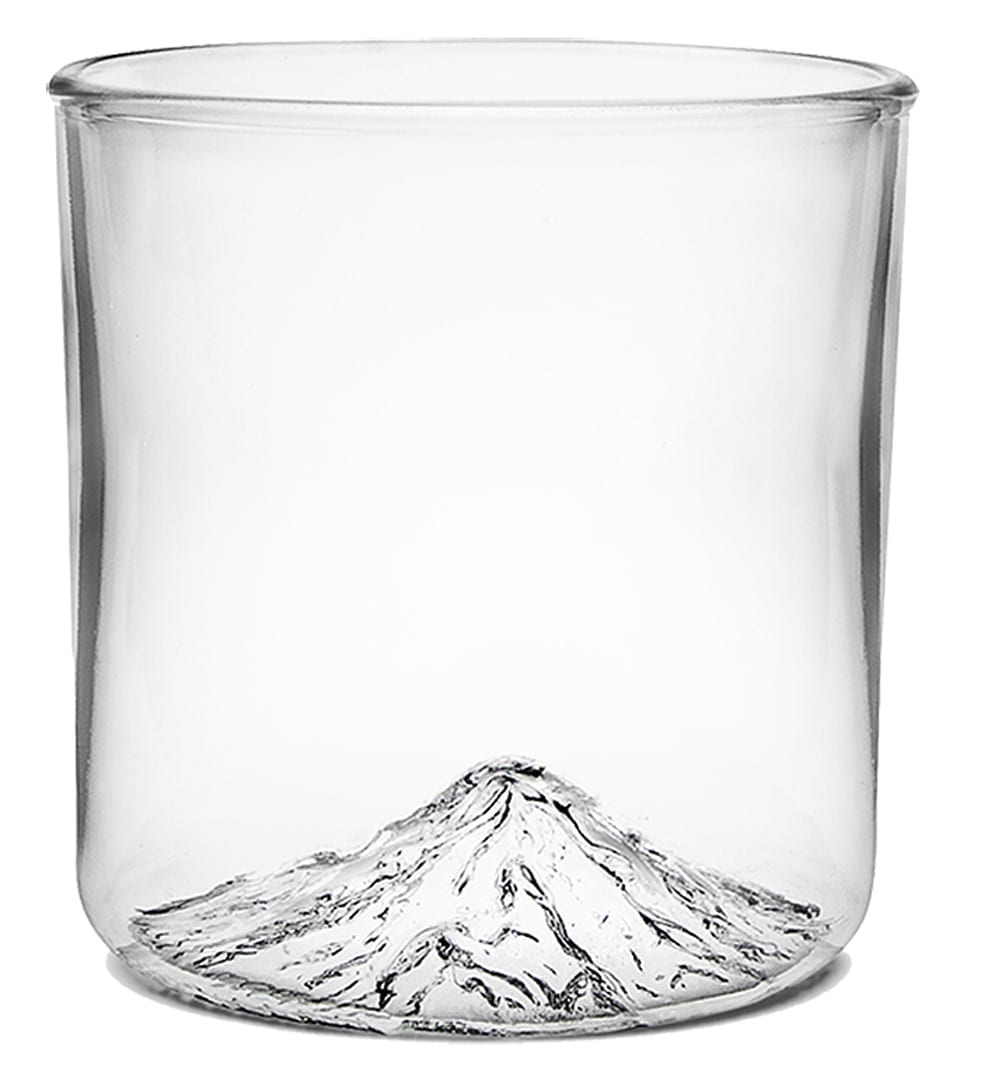 North Drinkware currently produces glasses featuring mountains from Washington, Colorado, California and Vermont, in addition to Oregon. Custom wood coasters featuring USGS topographic data complement each glass. This February, North will launch a new collection featuring a second mountain from a state for the first time. Not surprisingly, the peak they chose for this distinction is their own most cherished, Mount Bachelor. “We’re excited to honor our local mountain and offer a glass to our hometown,” said Leigh. The Mount Bachelor pint and tumbler will be available at Ginger’s Kitchenware and Lark Mountain Modern in Bend, as well as online.

More mountains should appear in the bottom of your glass in coming years, though maybe not as quickly as that Kickstarter campaign that got everything started. “We have a team mantra of wanting the company to be ‘just big enough,’” said Leigh. “We want to grow responsibly and authentically.”