The Open Hub Singing Club is a group formed by Ian Carrick that explores the mental and physical benefits of singing in a group. 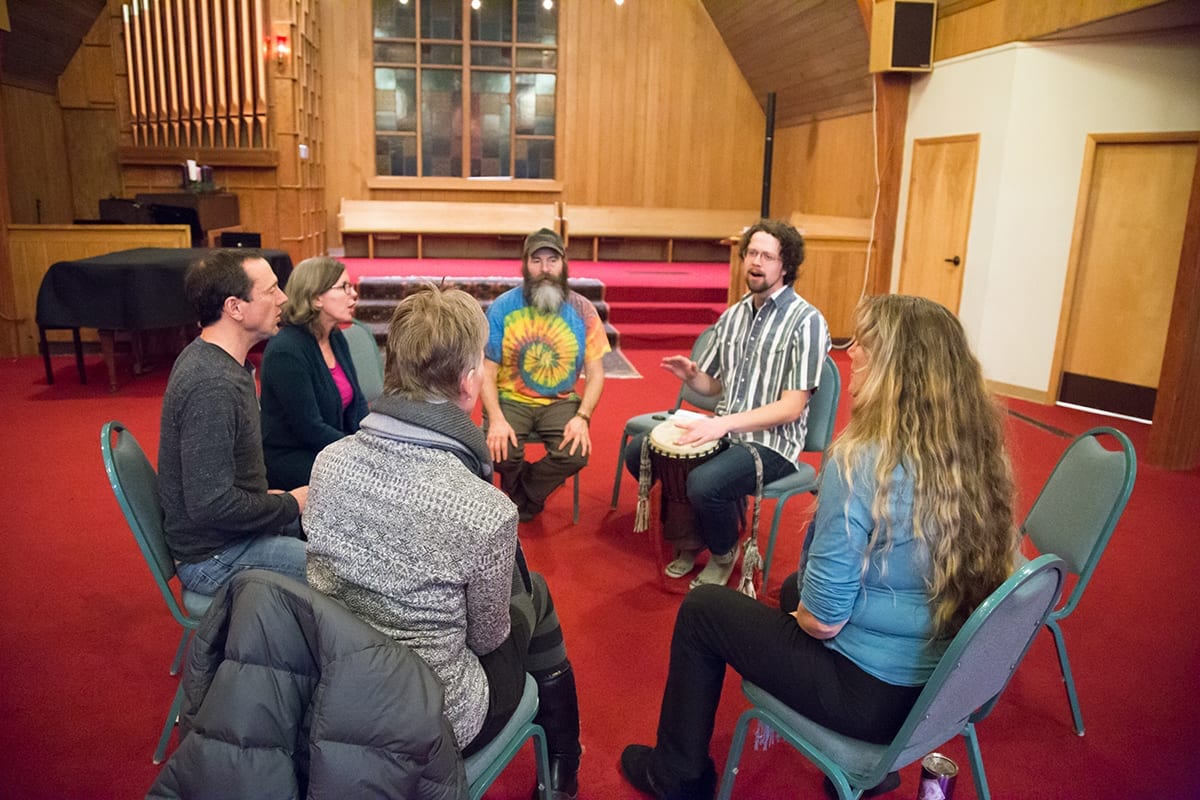 When we think about getting healthier, diet may come to mind first—what we put into our mouths. Now, think about what may come out—in the form of song. Increasingly, research shows that singing can improve physical and mental health, boosting the immune system, reducing stress hormone levels, aiding asthma, helping stave off dementia, and elevating general health, mood and well-being.

Although singing is as old as humanity, new local vocal opportunities are piping up. Consider chanting, a capella, folk, gospel, spiritual, rock choir, and singing for newborns in intensive care and for the dying. At the same time, longtime groups in the area, including a youth choir nearly three decades old, are thriving.

Ian Carrick has been convinced of the transformational and healing power of singing by his experiences, from harmonizing under a full moon with rural workers in northern Sumatra, Indonesia, to leading songs in a drug-and-alcohol treatment center in Newberg, to traveling to Decorah, Iowa, to meet with a community song leader, Liz Rog. She introduced him to Open Hub Singing in 2016. It was that style of group singing, in which people harmonize in uplifting songs passed on through oral tradition, that caught the imagination of Carrick, a 26-year-old who has lived in Bend since age 1.

Rog’s music-driven work in the Midwest was moving to Carrick, as was what he’d seen in Sumatra a couple of years earlier, during two trips to study global poverty, language and culture through Seattle University. “I was blown away. Singing was what people did before work, on the farm, after dinner…it’s a big component of the culture,” Carrick said.

Rog urged him to start an Open Hub Singing Club in Bend, and he did. More than fifty members have joined the welcoming, audition-free group, which is focused on joy. Carrick’s vision is for singing together to become an essential part of a more honest, less fearful, kinder culture.

The group has done a singing flash mob at the Old Mill and sings to welcome friends home, say goodbye, honor new endeavors, let tired dreams die and support people of all ages in the midst of life transitions. Another fledgling group seeks to offer ease and compassion to people at the thresholds of life, be it birth or death.

Yolanda Sanchez-Peterson brings to Bend more than a decade of experience in the California Bay Area singing for newborns in intensive care and for the dying. For the past three years, she has been singing at bedsides for St. Charles Hospice Volunteers and has formed the Bend Threshold Singers. The members strive to sing virtually any kind of music upon request for people at the end of their lives throughout Central Oregon.

“This singing isn’t about having a fantastic voice. It’s more about knowing how to be quiet and present in the midst of what I consider to be any person going through a sacred space,” Sanchez-Peterson said.