You are here: Home / Food & Drink / Spork Is Neither An Average Restaurant Nor Workplace

From food truck to foodie fixture, Spork and its visionary trio fused a melting pot of flavors with urban style. 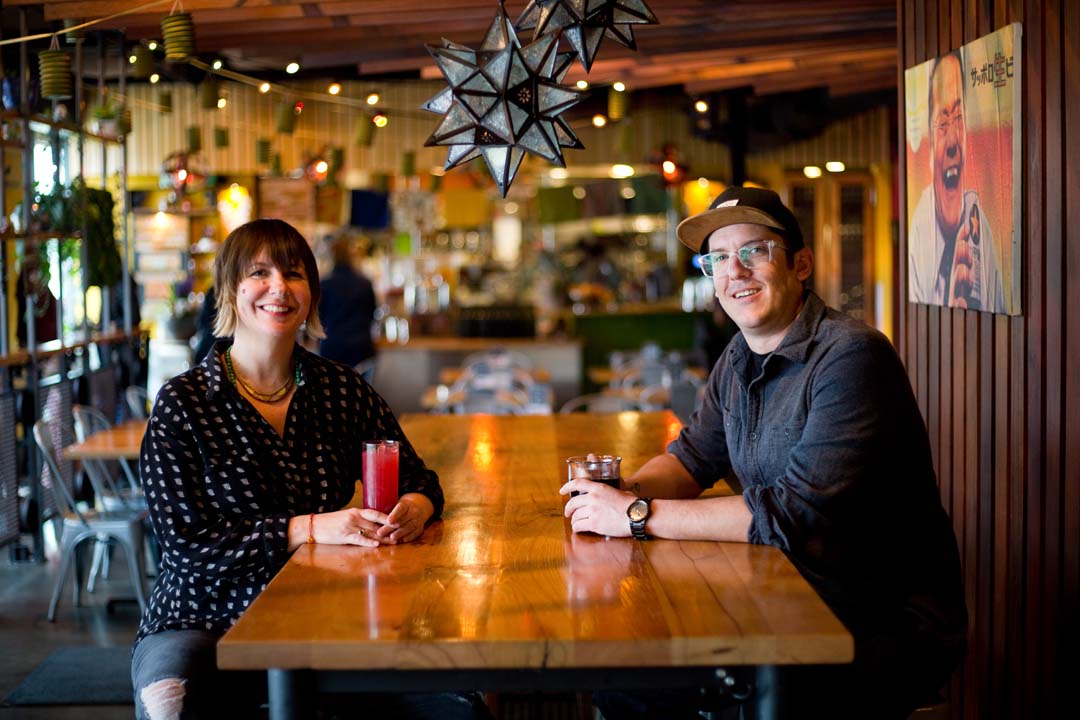 Stories about Spork, a Bend favorite offering creative, globally inspired fare at an affordable price point, generally focus on the kitchen. And there have been some impressive stories, including several “best of” nods and even a profile in The New York Times. The attention is well deserved. When you eat Chef Jeff Hunt’s innovative interpretation of street food and traditional dishes from around the world, you can taste his years of travel in countries such as Spain, Japan, Vietnam, Thailand, Mexico, Ecuador and Colombia, as well as his genuine passion for what he does.

While the heart of a good restaurant may lie in its menu, a great one also needs a soul and a vision. Spork has it all. The mutual respect and complementary talents of owners Hunt and Erica Reilly, general manager and beverage guru, along with help from consultant and idea-man Chris Lohrey, elevate this casual, counter-service spot into something much more. 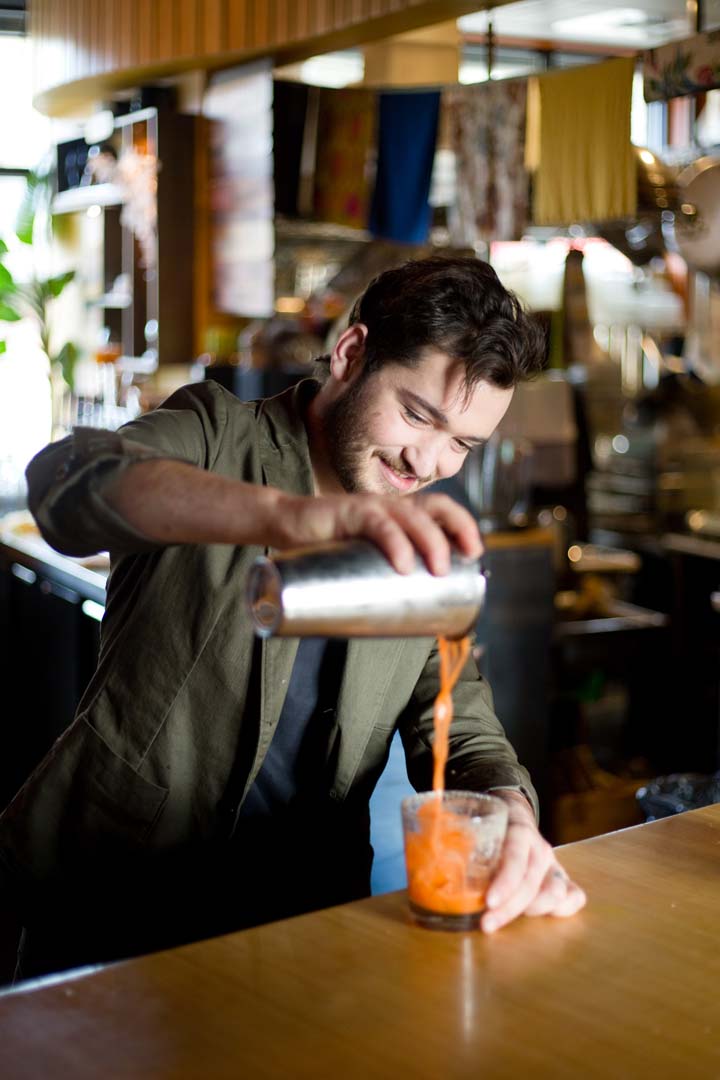 Our story begins in 2001 at the old Astro Lounge on Minnesota Avenue, back in the (recent) olden days when Bend was still the Wild West to most people east of the Mississippi. He was a snowboarder from Illinois. She was a bartender from Orlando. Erica was Astro’s bar manager, and Jeff was in the kitchen. (“She took advantage from her position of power,” Jeff joked.) Their relationship ended after five years, but their partnership didn’t.

Jeff went on to cook in several other kitchens including Marz, at the time considered the best restaurant in Bend. Erica and Chris (who eventually were dating, but are no longer) partnered to buy in to legendary hotspot The Grove on Bond Street in 2003. When it was time for Erica to embark on her next venture in 2009, Jeff was the clear pick for chef.

Years before food carts were parked around every corner in Bend, Spork was a pioneering and popular food truck housed in an old Airstream. In 2013, they put down roots in their current location on Newport Avenue. Already expanded once in 2015, it’s a thoughtfully designed space with high ceilings, metal and wood industrial notes and a pervasive air of cool that isn’t at all cold.

The partners were a winning combination from the start. Erica was the hospitality maven and glue holding the whole thing together, who Jeff also characterizes as “the boss lady—like in Vietnam—the one in the corner with a box of cash who everybody’s afraid of.” Jeff,of course, was the talent behind the food and oft-world traveler on a constant quest for new flavors and culinary ideas. And Chris, who Erica describes as “the visionary, tastemaker and ethos designer,” consulted on concept and design.

They set out to ensure that Spork wasn’t going to be your average restaurant, nor your average workplace. All three were longtime veterans of the industry and wanted to do things differently. Spork opened with a mission to create a deeply satisfying dining experience, as well as a commitment to quality, locally sourced, green-conscious ingredients. But just as important was making a decent living while maintaining work-life balance for themselves and a positive work environment, fair pay and ample time off for their staff. 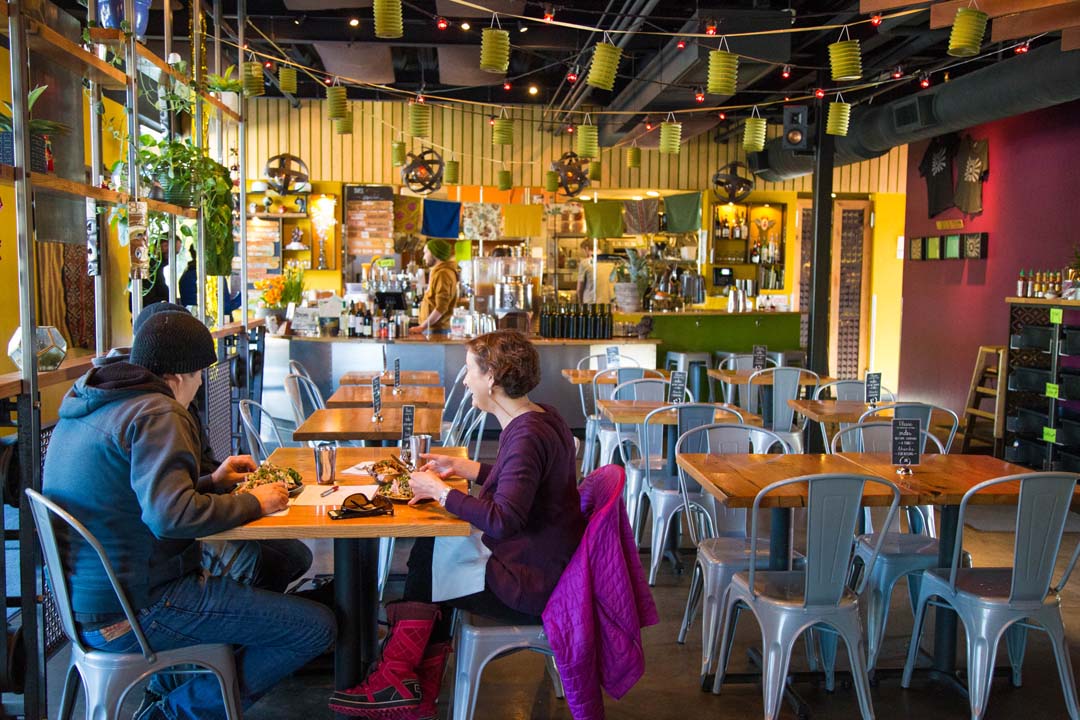 Even if you don’t know exactly why the experience at Spork is deeply satisfying—and it is—the food itself is only a part of it. A visit to Spork is always flavored by the atmosphere, the culture the owners have created, and the deep appreciation Erica, Chris and Jeff have for each other after so many years and so much change. “We’re a special team, and it’s just as rewarding as making a bunch of money,” said Erica.“At the end of the day, we are artists more than capitalists. We have a passion for what we create on each and every level.” 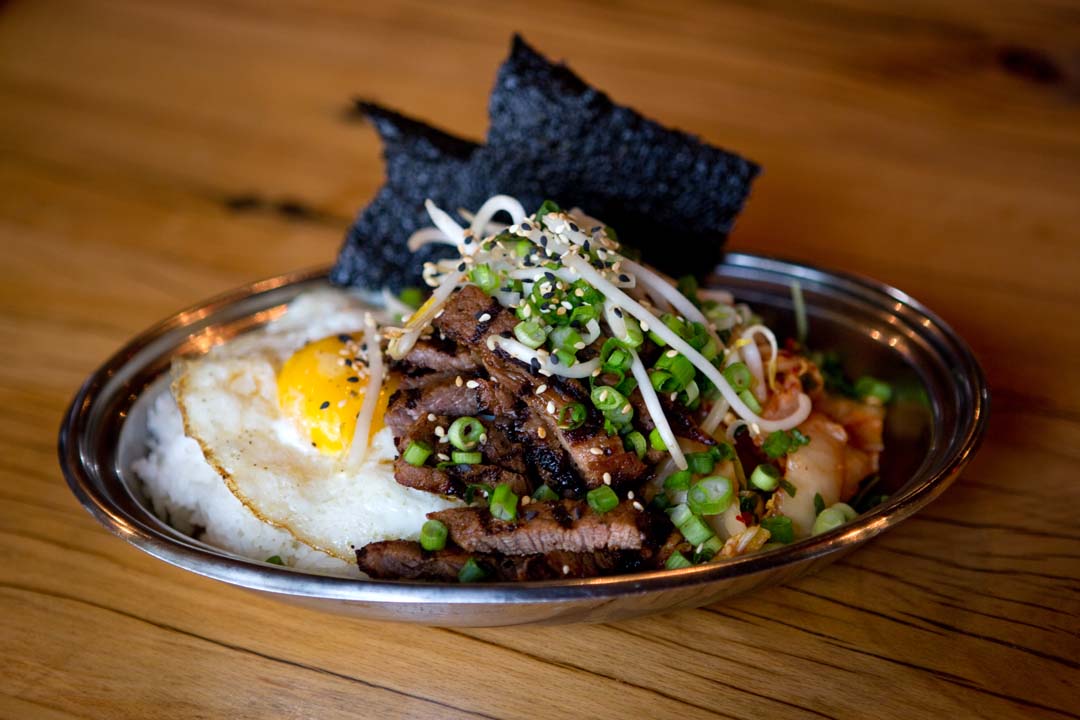 Kalbi, beef short ribs often served raw and grilled at the table, is a staple at Korean barbecue restaurants around the world. But you won’t find Kalbi in Bend. And that’s sad.

We do, however, have a close approximation at Spork in the beautifully marinated short rib served with a perfectly fried organic egg, kimchi, jasmine rice and bean sprouts sprinkled with scallions and garnished with crispy flash-fried nori. It’s one of the best of Spork’s many delicious offerings and highly recommended, particularly to anyone in desperate need of a Korean fix.

As Chef Jeff Hunt will tell you, his food is “not trying to be authentic. It’s about flavor profiles.” But for a lover of Korean food—one of the more elusive cuisines in our area—Spork’s Korean BBQ Short Rib certainly hits the mark.