Five Talent’s CEO on what it takes it to make it in Bend and how tech companies are working together to make this the most liveable city in America. 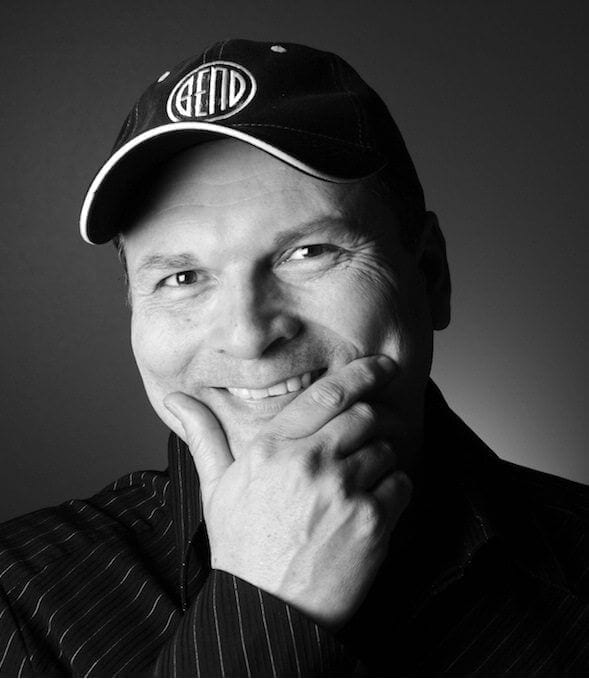 Preston Callicott is your classic go big or go home personality. For example, the CEO of Five Talent and his wife visited Bend for the first time ever on a Friday in 2003—they bought a house here twenty-four hours later. Callicott started several companies in the Bay Area, and for the past six years has helmed Five Talent, doubling the software development company’s revenue annually for nearly his whole tenure.

Recently Callicott has turned his energy toward tapping Bend’s tech and startup community to participate in the city’s civic issues. He helped rally dozens of tech companies to sponsor the Bend Livability Project, and he’s made strategic asks since then for support on other community projects. We sat down with Callicott to learn more about Bend’s tech industry and why he thinks it’s important that tech and startups get involved.

When did you realize you wanted to live and work in Central Oregon?

I had been commuting from here to the Bay Area every day for more than seven years. I kept trying to spin up our startups in Bend; the investors would like the idea, but they didn’t want us to start it here. One weekend I was driving with the kids down Wall Street downtown and I told my wife that our most recent startup had been funded, but that the investors wanted it based in Silicon Valley. From the back seat, my daughter points out the window and says “Daddy, if you worked at that hot dog stand, I could see you every day.” I knew then that I needed to figure out how to fully be in Bend. I joined Five Talent a few months later.

For many years, investors challenged the notion that you could build a tech company here. Has that sentiment changed?

Before if you wanted to live here, you either had to create a business or bring something with you. The concern from investors was whether you could find enough talent and was it close enough to keep an eye on. In the last four years, we’ve seen enough companies start, get funded and be successful. Now they’re attracting talent and spinning out their own startups. Suddenly we’re pollinating our own ecosystem and people are realizing that you can move here and get tech jobs. So I do think it’s changed. I see so many bright minds and great ideas. And the exciting part is that’s just the surface—there’s so much more going on that we haven’t heard about.

You’ve rallied the tech community to sponsor the Bend Livability Project and support other community initiatives. Why do you want tech to be involved?

I want Bend to be the most livable city in America. There’s a massive sense of new ideas and innovation brewing here to facilitate that goal and I think we should take advantage of it. It’s not just tech, but innovators. There are so many entrepreneurial people who moved to Bend for the same reason, the lifestyle. So they have a vested interest in helping the city navigate its growth. In addition, they are used to finding creative solutions for problems, and they move fast. The tech/startup community often avoids getting involved with government and politics, but this stuff—from affordable housing to transportation—affects all of our daily lives. When one of your employees can’t find housing, then it’s suddenly your issue, too.

What current private or public initiatives are you working on?

I’m on the Bend 2030 executive board, which created MOVEBend, a group dedicated to transportation issues. We’re supporting the OSU bike share program and trying to bring zip cars to Bend. I’m also committed to supporting entrepreneurs and businesses here. To that end, I’m on the board of Opportunity Knocks (OK), I mentor one entrepreneurial OK group and I am a member of another OK group.  I mentor and meet with new startups all the time, and I’m in the process of starting another one right now.