You are here: Home / Adventure / The Ballad of Bend’s Other Butte 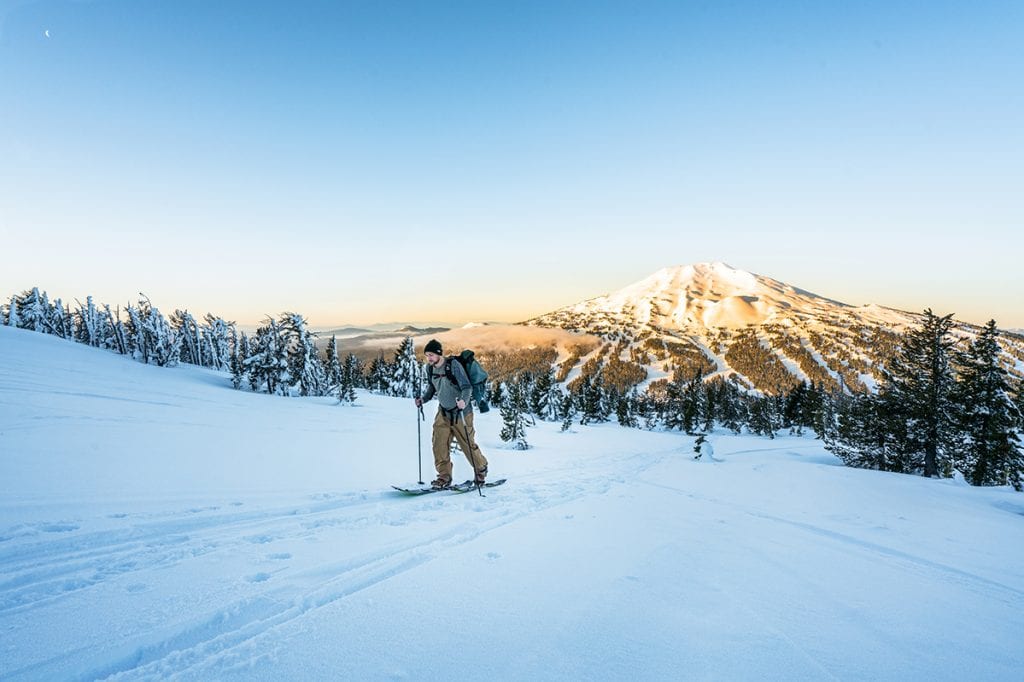 Alone, I set out on the two-mile skin to the top of the 7,779-foot volcano in a ritual that would not change over the next 15 years. Hard breathing would soften into a steady chuff set to a mohair metronome swaying over snow. The cold air hitting hot lungs gradually lost its bite. With each stride, the curtain of spruce pulled back to reveal the pink folds of Mount Bachelor to the southwest. In the backcountry, the winding up of gravity is just as pleasurable as the release.

A place of easy access and easy reward is bound to tease out our natures, too. We players want what we want and will tribe up to get it. Two legs, four legs, blue smoke, pedal strokes: we stride, ride, spin and slide up and around those flanks in a microcosm of everything that makes Bend great. The peak may sit in the shadow of one of the nation’s largest ski resorts but Tumalo is a destination in its own right. We’ve mostly figured out how to tolerate, maybe even how to share.

I got to the top that day just as I’d do hundreds of more times over the years. The windswept ridge of storm-punished pines feels impressive every time. The backside bowl howled steep and tempting but the snowpack that year would prove be the shallowest in sixty years. No matter. I stripped skins, locked heels and came down the thousand feet.

Frank Zappa once said you can’t be a real country without a beer and an airline. I don’t think you can be a real mountain town without a Tumalo. It’s the season’s great equalizer, where what goes in is what comes out, and the you that’s up there is always better than the you that began.