You are here: Home / Culture / Community / ONDA Talks About the Future of Public Lands 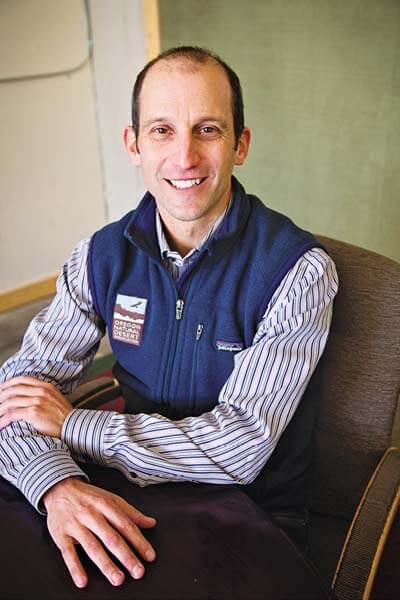 “ONDA will continue advocating for science-based land management and working with diverse stakeholders to protect, defend and restore the most special places in Oregon’s high desert. I think that’s what it will take to leave future generations with a natural legacy they can be proud of.” — Brent Fenty

Two major shockwaves hit the conservation community late last year: first the Malheur verdict and then Trump’s surprise victory in November. What’s been the general mood at ONDA and among your supporters?

If this past year has proven anything, it’s that we cannot take our public lands for granted. We are all committed to preserving that birthright for current and future generations.

Is there concern about rollbacks of conservation wins, such as the sage-grouse protection effort?

Thoughtful management of our public lands is a shared value of millions of Americans. As an example, conservation of sage-grouse continues to be a key priority for a wide range of stakeholders in Oregon and throughout the West. Simply tossing the sage-grouse plans or other painstakingly developed and collaborative policies doesn’t address anyone’s long-term interests.

What do you say to your supporters who worry that the recent developments represent a potential open season on public lands?

I’d say that we have accomplished huge gains for Oregon’s high desert over the past three decades. But we can’t take these places for granted. The voices of public lands supporters must be more powerful than those who would attempt to sell off, give away or degrade the land that is the legacy of all Americans.

Has the general political climate made it more difficult to build the consensus necessary to protect and preserve some of our most precious places?

Oregonians love public lands and Oregon’s self identity is tied to our natural wonders. This core identity remains in place no matter who holds political power and serves as a starting point for determining what kind of future we all want for public lands. There are some people who have no interest in finding common ground; instead they remain focused on their narrow interests. I believe they will be left behind over time. ONDA will continue advocating for science-based land management and working with diverse stakeholders to protect, defend and restore the most special places in Oregon’s high desert. I think that’s what it will take to leave future generations with a natural legacy they can be proud of.