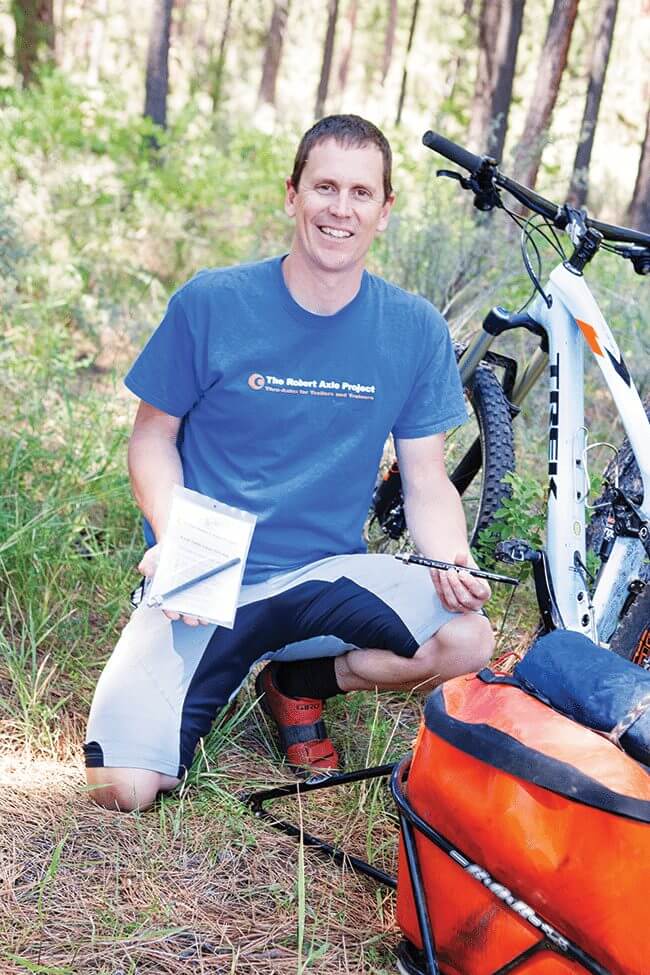 Three years into their entrepreneurial adventure, Chris Kratsch and Katy Bryce still joke that they accidentally created a company. “We always look at each other and ask ‘We’re doing this?’” says Kratsch, co-founder with his wife Bryce, of The Robert Axle Project. The Bend startup makes “thru axles” for connecting trailers to modern bikes.

The couple’s business was born out of necessity. They bought new mountain bikes in 2012, and quickly realized that they couldn’t attach their bike trailers. Their surprisingly simple solution has since grown into an international company that sells products in 35 countries.

Kratsch and Bryce are passionate about biking. In 2003, the couple biked 2,400 miles on the Great Divide Trail from Canada to Mexico. They have designated motor-free weekends. “We’ll ride out to the Cascade Lakes and camp,” said Kratsch. He is a long-time Central Oregon Trail Alliance volunteer who has spent hundreds of hours maintaining local mountain bike trails.

BOB trailers—the same company that makes the ubiquitous three-wheeled BOB strollers—have been crucial component of all their adventures. Kratsch and Bryce use them to haul their camping gear and pull trail maintenance equipment. But their newer carbon frame bikes had 12 millimeter thru axles, which attach the wheel to the bike frame, unlike the older quick-release skewers. That made connecting the BOB trailers temporarily impossible.

Kratsch called BOB and the bike manufacturers, but didn’t get anywhere. “I worked at a machine shop at the time, and I realized I had the resources to make something myself,” said Kratsch. His replacement axle worked so well that friends were soon asking if they could buy them. Thinking others probably had the same issue, Bryce, a writer and marketer, put up an e-commerce site.

The pair named their company The Robert Axle Project, a tongue-in-cheek reference to their beloved BOB trailers. Within weeks of their site going live, they received an order for 100 axles from a large bike parts distributor in Switzerland. The business took off from there. “Now nearly half of our orders come from Europe,” said Kratsch.

Long-distance bikers like themselves seek out the after-market axles, which can be used with any brand trailer. But the bulk of their orders come from people pulling kid trailers. The bike manufacturers have shown no interest in tackling the problem. As a result, The Robert Axle Project created the solution that has become the industry standard. While it’s a small market, the Bend-based company has a virtual monopoly. It sells direct to consumers from its website, to bike shops, and parts distributors and recently partnered with a trailer company. The business grew 400% last year, and is slated to grow another 200% this year.

Being in bike-crazy Bend turned out to be a boon. “We have so many bike shops here,” said Kratsch. “Not only were they supportive, but I was able to ride around town and measure the axles of nearly every bike on the market.” He used that information to build an online tool for consumers to determine which size axle they need. The startup was also part of Bend Outdoor Worx (BOW), an accelerator for outdoor gear companies.

Kratsch quit his job in 2015 to run The Robert Axle Project full time. Bryce continues to do the company’s marketing. Devoting more time and energy to their business has definitely cut into the couple’s own long bike adventures, but Kratsch said it’s worth it.

“It’s exciting to see how far we can push this,” he said. “We’re helping others find adventure, and we’re finding our own through growing a business.” 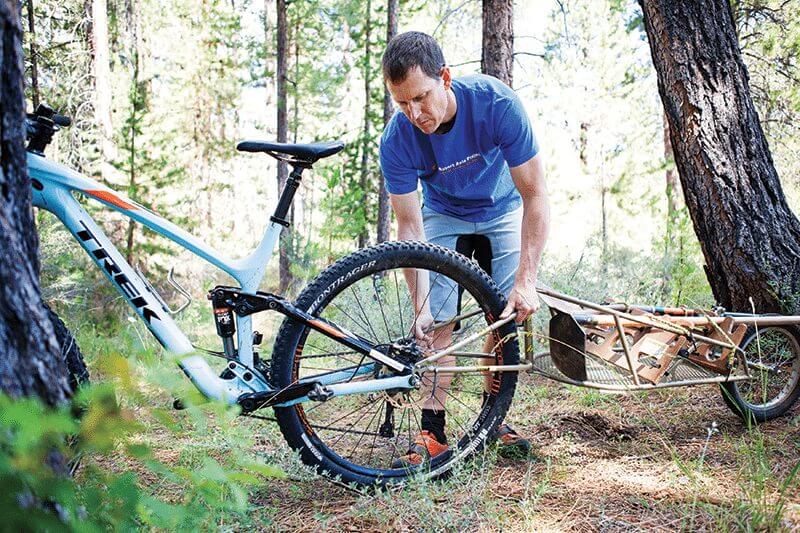 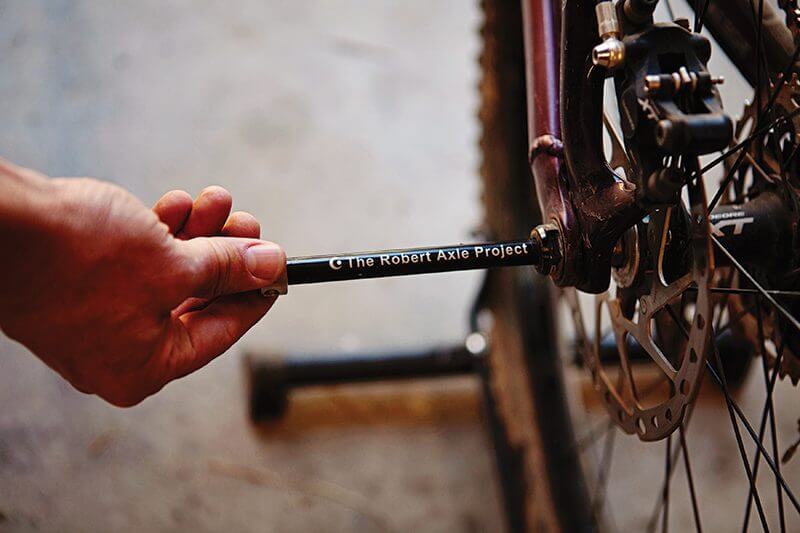 Shipped worldwide, all of the axles sold by the pair are produced at a two machine shops in Bend. Photo by Heaven McArthur 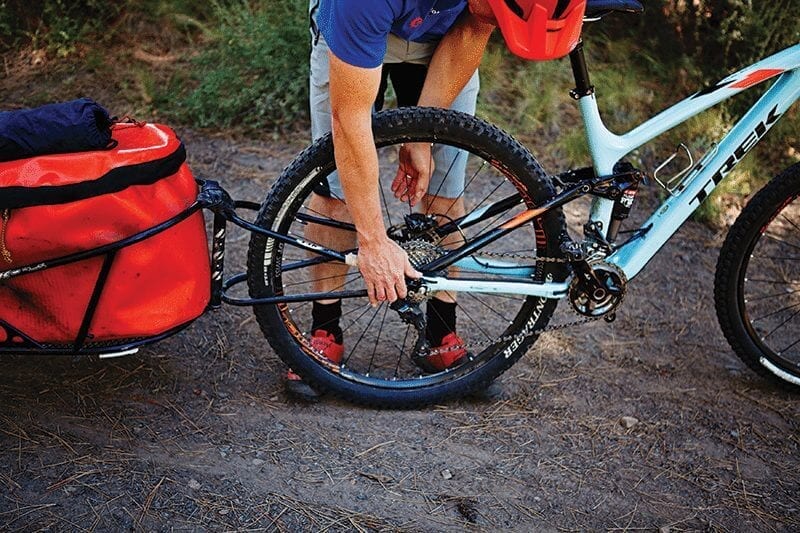 While originally designed for the ubiquitous “Bob” trailers, the axles are universal and pair with many trailers. Photo by Heaven McArthur