A new generation of Ultimate players is moving the sport slowly into the mainstream. 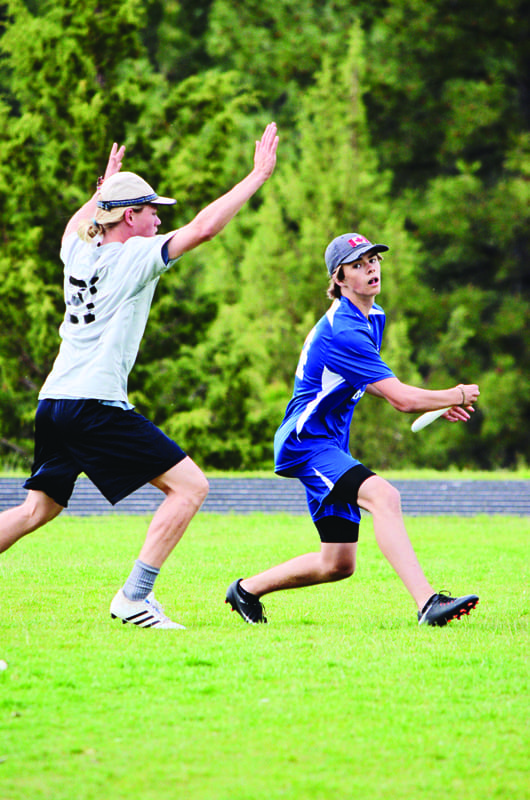 Name the fastest-growing sport in the world. Since you’ve already cheated and looked at this article’s photo, the answer is Ultimate. As in Frisbee or disc. (True players say, simply, “Ultimate.”) Just don’t dare confuse this sport with disc golf.

Oregon has been a hotbed of this nascent sport since its bootstrap beginnings. The University of Oregon has qualified for five of the past six NCAA Ultimate Final Fours prior to the team being suspended in 2016. (More on that later.)

In the last few years, though, the sport has migrated from college dorms to high school hallways as a new generation adopts the sport and blazes a competitive trail in the process.

Nowhere is the sport’s emergence and fast track to sanctioned legitimacy more apparent than in Central Oregon, where the Bend Senior High School team makes its official debut this fall, joining Summit and Mountain View in the formal high school ranks with High Desert bragging rights on the line.

Played in at least forty-two countries and in the running to be an Olympic sport as soon as 2024, Ultimate typifies why youth football and baseball are losing talent and interest so rapidly. Just show up; sneakers and an interest are the sole requirements. You’re soon on the ground floor of an exploding sport that blends true teamwork with finesse, quickly (and literally) grasped skills, self-policing for fouls and one helluva workout.

Only thirty minutes into practice and already winded, Bend High players are sweaty yet eager to learn and perfect each defense and hurl. Ultimate’s playing field size is eighty percent of soccer’s pitch. Kiwanis Park in southeast Bend is merely adequate for practice. BNSF trains rumble by loudly, black tankers in tow, but the players don’t notice—their focus is on this rather addictive sport.

Pitney has played Ultimate for twenty years on all levels, having learned in college and coached professional teams. He frames Ultimate’s present position in the pantheon of competition in terms of other sports. “Ultimate is like baseball in the 1890s, or football during the 1980s, when the USFL was competing with the NFL,” said Pitney. “We are still figuring things out, school leagues versus clubs, coed teams, but the interest just keeps growing.”

According to USA Ultimate, the sport’s official sanctioning body in the United States, membership numbers at the adult level have been growing at almost nine percent annually over the past six years. Youth participation has grown slightly faster than that with an estimated 14,500 members in 2016. That’s likely just a fraction of the sport’s actual participation numbers, thanks to the DIY and ad-hoc nature of Ultimate, where teams tend to eschew things such as leagues, uniforms and, sometimes, clothing. (The University of Oregon team was suspended for playing in a scrimmage with no shorts—or underwear—during an, ahem, exhibition in Corvallis last year. The bawdy shirts and skins game was witnessed by a female university official at OSU who filed a complaint with campus officials there.)

Incidents like this have added to Ultimate’s lore, but have also prevented it from gaining the mainstream acceptance of many other sports. Its popularity is an enigma; players both bemoan the sport’s relegation and relish its outsider image.

In Oregon, Ultimate’s relevance depends on the region. The state has ten total teams, yet Portland has only one; meanwhile, Bend now has three. Summit has had a team for nearly ten years, Mountain View a few, and Bend High’s entry, which begins play this fall formally, features a motley crew of freshmen through seniors, emerging stars that their coach continually refers to as “Gentlemen.” 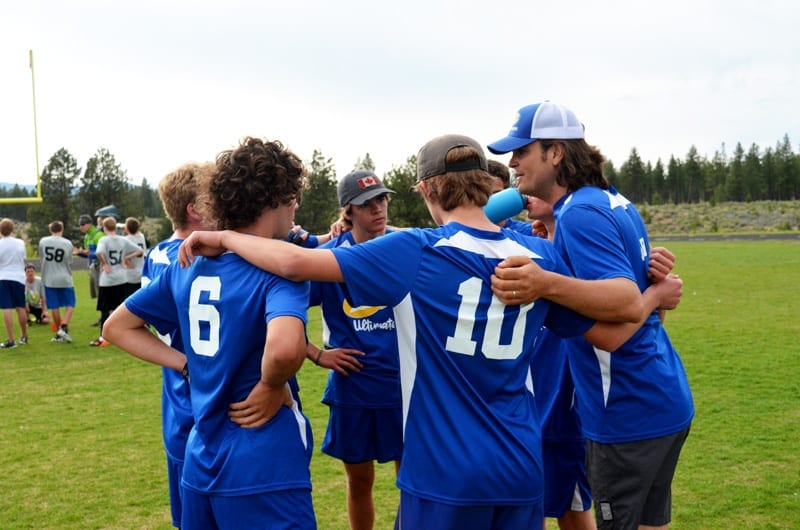 “I have to leave at four,” informed a rather new recruit.

“Okay,” acknowledged Coach Joel, scanning the field and his fourteen total players, knowing they wouldn’t have enough for a true seven-on-seven scrimmage after this young gentleman left. “Just practice your throws.”

“I practice my throws in my mind!” laughed another “gentleman” player. Bear in mind that these are teens. However new to the sport and gentlemanly, they must be kept busy—attention spans fleeting, energy incalculable.

And they did, sprinting into position. Veterans, after only a handful of practices, guiding the rookies. They showed the newest recruits how to force a backhand hurl, counting, “1-2-3-4-5…” because, once you catch the disc and set your pivot foot, you must pass it within ten seconds or it’s a turnover; the same with a dropped disc.

Push an opponent or slap his or her hand during a throw and it’s a foul. Infractions in Ultimate are called by the players, giving the game a self-directed feeling that is almost democratic, but hardly casual. It’s rather beautiful, too.

Ultimate is mashup of soccer, football and Frisbee that friends casually invented in 1968 and has now become a fully sanctioned sport. It was on the short list for inclusion in the 2020 Tokyo games and nixed only at the final hour this past summer by Olympic officials. Born on a New Jersey college campus, Ultimate has grown at the collegiate level rapidly, particularly in the 2000s when Ultimate registrations more than doubled. That participation has expanded to youth and adult leagues nationwide, as former college players foment interest in recreational leagues.

Coach Pitney has been part of Ultimate’s growth, and his Bend High team’s progress has been impressive. “Our first scrimmage with Summit, we got annihilated. Then, the next scrimmage, we won nine to eight.”

Natural talents are emerging, and their coach wasn’t exaggerating when he pointed out that a few of his players may be national, even Olympic, superstars in only a few years. These gentlemen are learning fast, and a newcomer who kept dropping the disc just made an impressive diving catch in the end zone—“SCORE!”