You are here: Home / Home / Urban Development Meshes with Wild Lands at The Tree Farm Neighborhood

As Bend continues its rapid growth and urban development collides with wild land, one neighborhood offers an example of how to do it right. The Tree Farm sits just outside of Bend’s city limits on the west side. Bordered by Shevlin Park and U.S. Forest Service land, the neighborhood is known for its stunning architecture and the kind of view that can stop a person in their tracks. 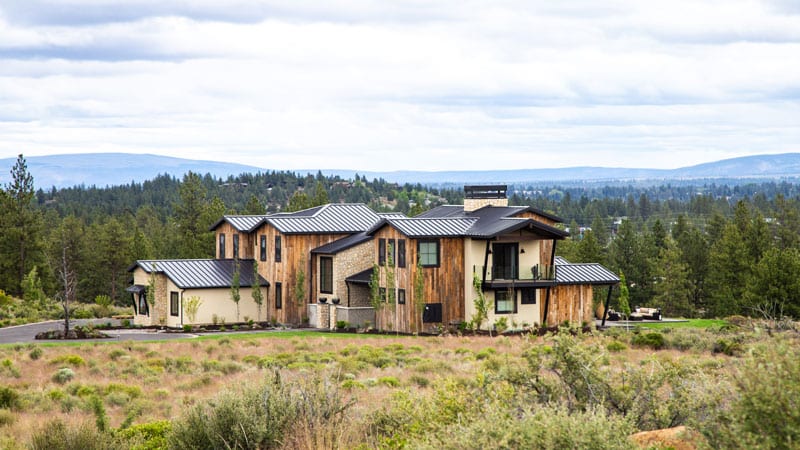 Bill Miller, of Miller Lumber, purchased the property in 1955. It was one of the first pieces of land to be logged in the area and remains a working tree farm today, although it hasn’t been logged since the 1990s.

Land use planning began in 2014 when the Millers partnered with Brooks Resources and West Bend Property Company. The 500-acre property was limited to fifty two-acre lots.

“Our family’s desire was to cluster the lots,” Miller said. “The idea was that the remainder of the land could be enjoyed by the rest of the community as well.” That’s why the public can still access the Shevlin Park trails and views of the property that the Miller family has loved for decades. “It’s turned out just how we envisioned thanks to the help of our partners.”

The development faced initial opposition by groups like Central Oregon LandWatch during the land use approval process. Concerns arose over safety and destruction over wildfire potential in the area, among other issues. The Bulletin wrote in a February 3, 2016 article that “Central Oregon LandWatch cited potential wildfire hazards and concerns about maintaining wildlife habitat in its prior opposition to the idea.” The neighborhood is also visible on the upper trails of Shevlin Park, a popular walking and biking area that had provided a secluded atmosphere from the city.

What could have been an ugly battle instead turned into an important conversation about sustainable and ethical future development that is inevitable for Central Oregon.

“It worked out great actually, sitting down with Central Oregon LandWatch,” said Brooks Resources VP of Marketing Romy Mortenson. “We learned what their concerns were, and worked together to make a better plan than what we had originally.” 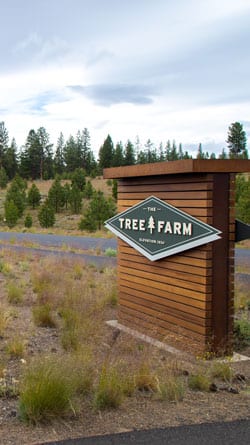 The Tree Farm was the first neighborhood development in Deschutes County to integrate guidelines from the National Fire Protection Association into the planning before any development took place, setting a precedent for inevitable future development and growth along Central Oregon’s wildland-urban interface.

“There was a huge demand and interest in that kind of a property,” said Linda Schmitz, a principal broker for Brooks Resources and the sales manager for the initial release of properties. “We reached out to the brokerage community and gave tours while the infrastructure phase of the project was still under construction.”

It’s not surprising that the gentle slope of sagebrush, wildflowers, evergreen trees, mountain vistas and Shevlin Park in the backyard drew enough interest to sell out the properties by October 2017.

The properties were initially sold between $370,000 to $907,000. Over the last year, only three homesites re-sold, with an average sales price of $591,250. There are currently eighteen completed homes, twelve under construction, and four designs in review, which all homes must go through to ensure continuity and meet the neighborhood’s guidelines. The 328 remaining acres of the Tree Farm were transferred to Bend Park & Recreation District to expand Shevlin Park in 2018.

Charley Miller now lives on one of the lots in a house designed by Neil Huston that was completed in the summer of 2019. Miller said that his family wanted the neighborhood to have a diversity of architecture, similar to the range of styles in houses in downtown Bend where they grew up. There are guidelines and a review team to ensure continuity, but already there are a range of styles from mid-century to craftsman to lodge.

The location—“you feel out of town, but you’re in town”—along with the park in the backyard and lack of light pollution have made it a great place to live.

Mortenson said that she doesn’t expect much turnover in the neighborhood. Of the eighteen completed homes, none have changed ownership—a sign of a healthy neighborhood and people willing to stake roots in the land. 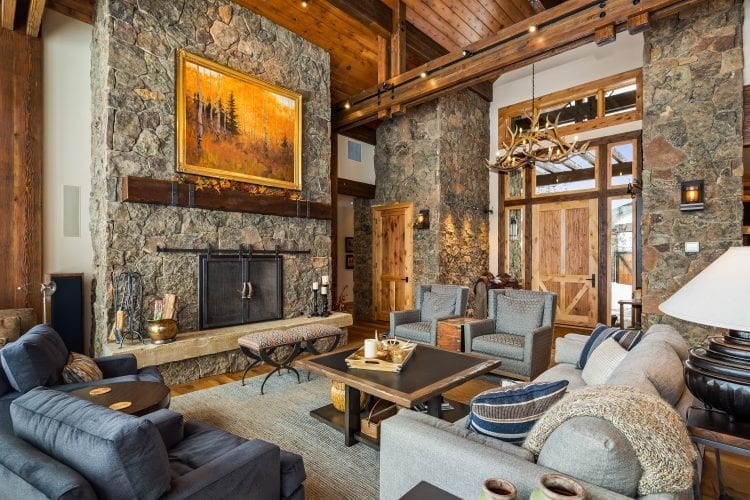