Since bringing beer production in-house in 2014, Sunriver Brewing Company has been turning out consistently solid, flavorful beers while winning awards locally and nationally. Head brewer Brett Thomas leads a team of talented brewers producing a wide range of styles, including a series on the cutting edge of trends, hazy IPAs. 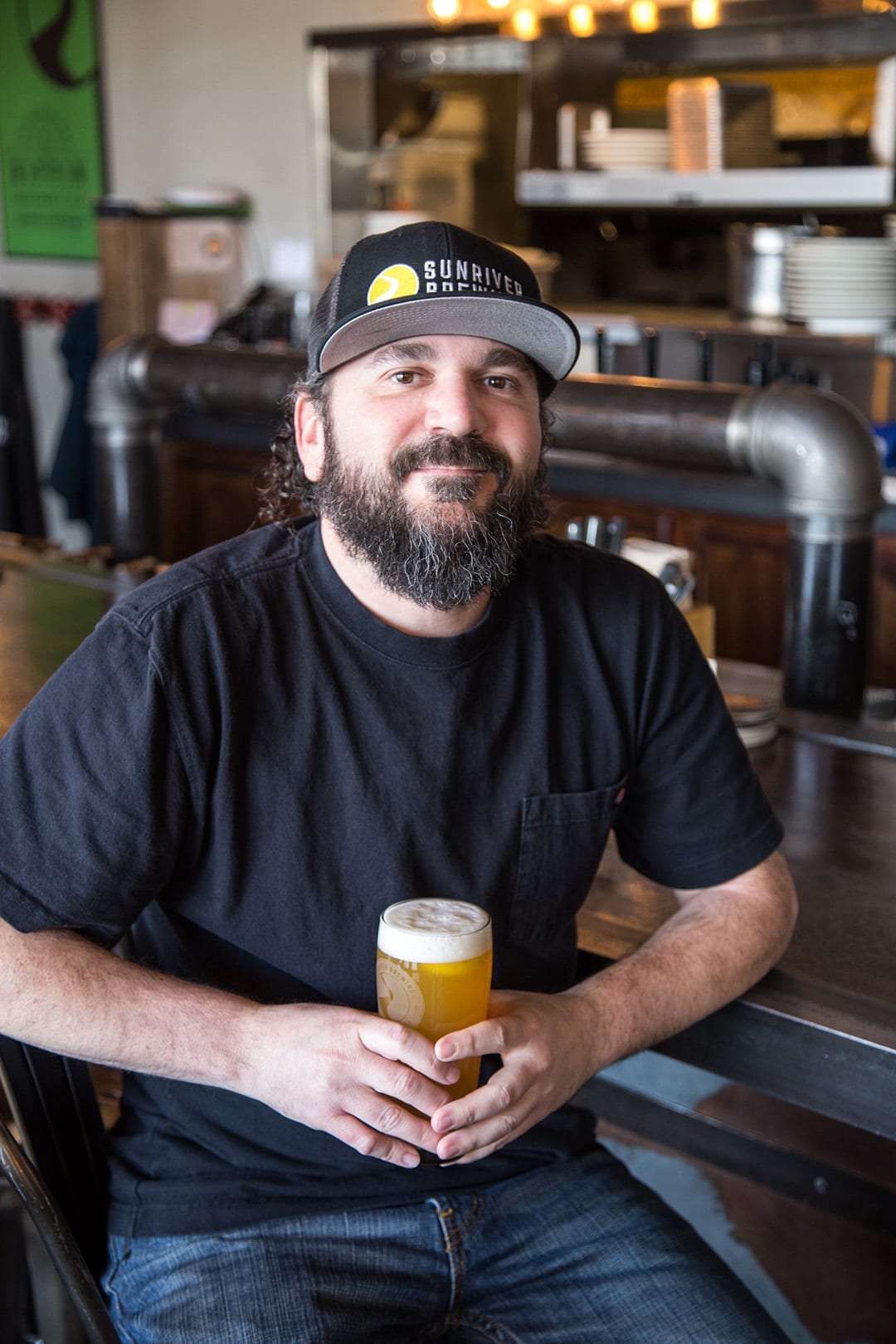 At Sunriver you’ve really embraced the hazy New England-style IPA, a style that has exploded in popularity in recent years. Why do you think the style is so appealing?

I think it’s appealing for a number of reasons. We’re really getting to work with different mouthfeel components from the wheat and oats in the grist, lower levels of bitterness and higher levels of residual sweetness from the yeast selection and a brave new world of hop flavors and aromas from the varieties being used, the quantities being used and where we’re using them in the process.

You have a solid lineup of award-winning beers and a firm grasp of the classic styles, but what’s the most “out there” style you’ve tackled?

From recent memory, I’d say it was the ThaiPA we brewed last summer. The beer was a moderate gravity, low bitterness IPA with the addition of ginger, lime zest, kaffir lime leaves, purple basil and dragon chilis. It was certainly one of the most unique beers we’ve worked on and was actually really tasty.

Going into Memorial Day to kick off the official summer season here, what are your favorite styles of beer to drink during the summer?