You are here: Home / Adventure / 4 places to drop a line and fish in Central Oregon 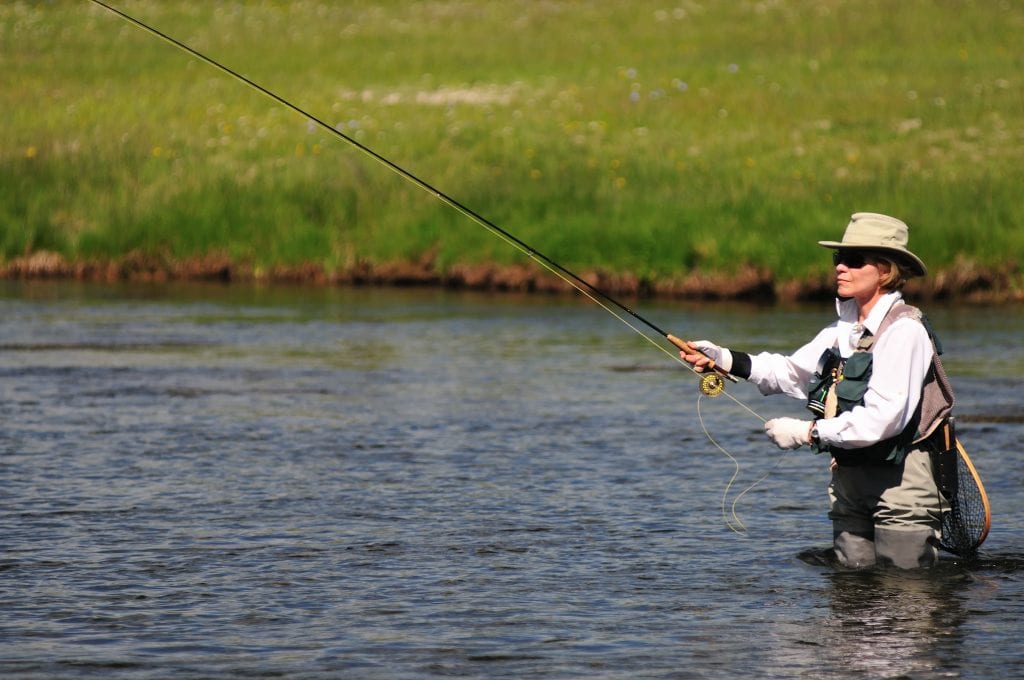 Central Oregon has many lakes, reservoirs and rivers for people to enjoy as temperatures begin to rise, and the summer heat sets in. These bodies of water offer many activities people can partake in, such as fishing. Fishing is a popular pastime in Central Oregon. Facing the difficult choice of where to drop a line this weekend? Here are four places for people to try out and fish near Bend.

Noted as one of the top places in Central Oregon to fish by Oregon Department of Fish and Wildlife, the drive to Crane Prairie Reservoir is just under an hour, southwest of Bend and past Sunriver. One highlight of the reservoir is that as people fish, the beautiful Cascade Mountains overlook the water. The many birds are also an attraction, as noted by Dave Merrick, the manager of Fly & Field Outfitters in Bend. “The views from the lake are some of the most spectacular in the area and sharing your fishing spot on Crane with numerous bald eagles, osprey and cormorants is a daily treat. They can put on a great show,” Merrick said. Many species of fish that people might get the chance to catch at the Crane Prairie Reservoir are redband rainbow trout, hatchery rainbow trout, brook trout, largemouth bass and kokanee. Some of the best months to go fishing are June, July and August.

Another fishing spot that people can enjoy is Wickiup Reservoir in La Pine which is about 24 minutes south of Crane Prairie Reservoir, or also about an hour drive from Bend. The largest of the Cascade Lakes, this reservoir was created in 1949 by the Deschutes River dam project. Some species people can catch at Wickiup Reservoir are kokanee, coho salmon, whitefish, chub, brown trout, rainbow trout and brook trout. If you have access to a boat, use the boat ramp by the Gull Point Campground and hit the water for a great day.

Hop in the car and make the hour-plus drive north of Bend to Lake Billy Chinook, out by the Central Oregon cities of Culver and Madras. Formed by the Round Butte Dam, the lake is at the confluence of the Crooked, Deschutes and Metolius rivers and is open year round, with the exception of the Metolius River arm, which is open March through October and also requires a tribal angling permit. People can catch rainbow trout, brown trout, kokanee, bull trout and smallmouth trout, and this lake is actually the only place in Oregon where people can keep one of their bull trouts. It does have to be twenty-four inches in length though. If the arm of the Metolius River is intriguing, this river is best accessed from the town of Camp Sherman. Merrick said that the Metolius River is one of the most challenging fisheries in the area, and that the quality of the fish is world class. “The Metolius is one of the country’s largest spring ‘creeks’ and it’s cold and amazingly clear water can be mesmerizing,” Merrick said.

Prineville Reservoir, the longest drive of the four with about an hour and a half trip, is open year round. While the reservoir is known for ice fishing from December to February, it’s also a great place for fishing in the warmer months. Some of the fish people can expect to catch are rainbow trout, smallmouth bass, largemouth bass, black crappie and brown bullhead. One of the best times to fish for bass and crappie are from May to October. Many other activities at the reservoir that people can be entertained by are waterskiing, wakeboarding, paddle boarding, kayaking and much more.

All four locations require people to have a fishing license, and you’ll need a fishing rod, tackle and lures. For more information on licenses, restrictions, when to fish and more, go to myodfw.com.