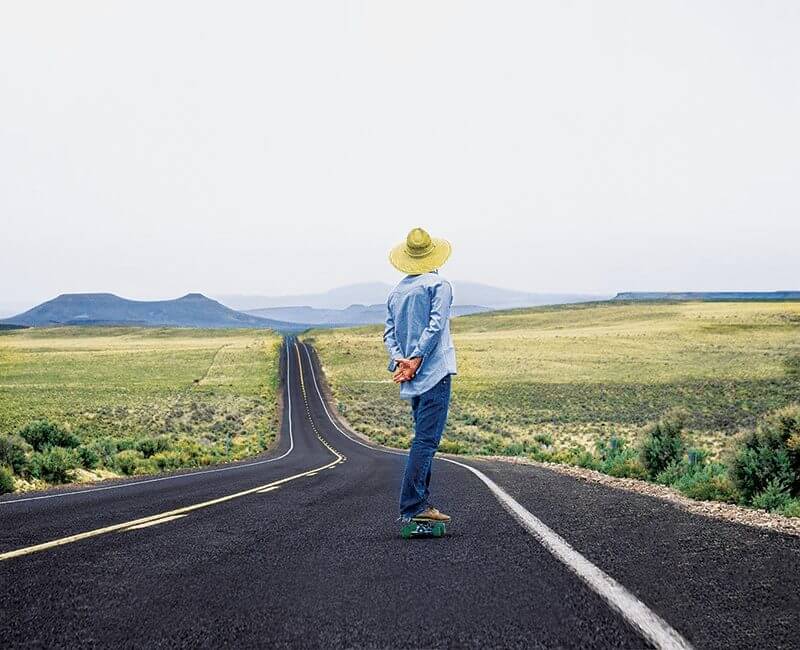 SINCE ITS birth on the beaches and boardwalks of California circa 1960, skateboarding, and skate culture, has been intertwined with surfing, its more Zen-like cousin. With the explosion of longboarding over the past decade, it’s no surprise that Bend, with its strong “board” culture, has been an early adopter. Whether commuting, cruising or going full downhill daredevil, longboarding has emerged as another way to experience Central Oregon.

“It certainly beats walking,” said Grace Seelye of The Longboard Store. The Bend-based company is located in the Old Mill and was founded by her parents Scott and Jennifer Seelye.

With fewer younger riders picking up skateboarding (the sport has largely seen declining participation for the past several years at the 17 and under level), longboarding is a bright spot for the industry in general. Graying riders ready to hang up their park boards transition easily into longboarding. That makes it a natural fit for Bend’s slightly older and more active population.

“It’s more popular than ever,” said SnoPlanks snowboard and ski company co-founder James Nicol. “It’s a great way to get from point A to point B.”

His company, also out of Bend, added longboards to its lineup this summer using leftover materials from their snowboard and ski manufacturing.

“It was awesome,” he said of the first year of production. “We couldn’t build them fast enough.”

Board designs were done in collaboration with renowned surfer, and longtime Bend resident, Gerry Lopez.

Less expensive than a bike and easier to bring along, longboard-riding has a lower skill- and risk-level barrier to entry than skateboarding. Unlike a traditional skateboard, a longboard is easier to balance and turn.

But don’t expect to get into it by picking up a rental at a local shop.

“It’s not really a rental thing. You kind of just have to go buy one,” said Nicol.

Getting on a board for the first time? Longboarders recommend the Old Mill and the Drake Park area, with their paved recreation paths, as a solid place to cruise.