Lloyd McMullen’s home studio is up a narrow set of stairs leading to a room crammed with discarded objects that she transforms into works of art. It’s her “fortress of solitude” that might also be described as a mini scrapyard, a chaotic mélange of scrap metal, string, wire, lamp parts, old Vogue and National Geographic magazines, vintage dress patterns, broken glass, acrylic paint and all kinds of tools. 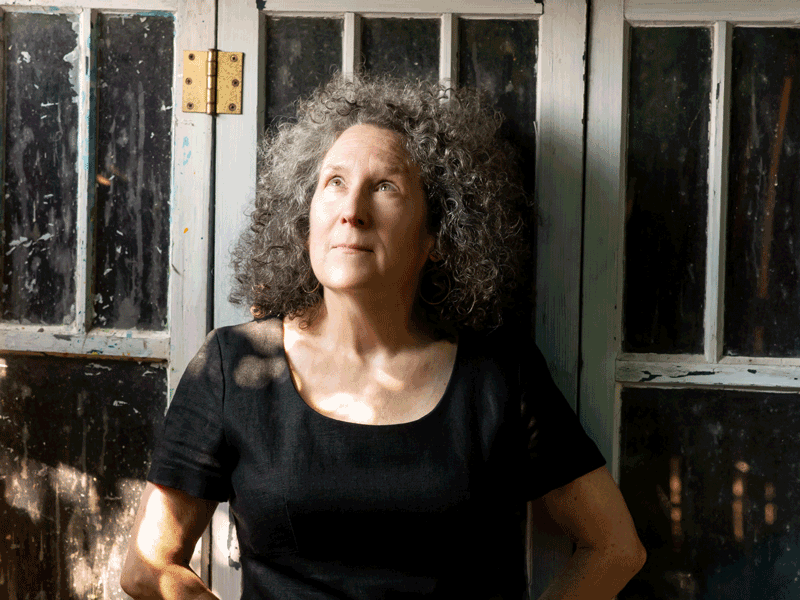 The space testifies to a lifelong habit of rescuing odd objects that she reshapes to reflect today’s world. A common theme of McMullen’s artwork and life is metamorphosis and transformation.

A second-generation Oregonian, she grew up near Portland in the 1950s and ’60s when young women learned homemaking skills, such as sewing clothes from pattern books. “If you wanted to be one of the cool girls, you could buy fabric and a pattern with a cool girl on the package cover,” she recalled. “It promised a metamorphosis to becoming that cool girl image.”

From an early age, McMullen was recreating herself. Raised by a literary-oriented family (her dad was editor of the Gresham Outlook newspaper), she made art in secret and entered a contest where she won a scholarship to an art school that ended up being too expensive to attend. Instead, she earned a journalism degree from the University of Oregon in 1976.

Still interested in art, she spent a year at Lane Community College. A visiting professor from the San Francisco Art Institute, Alan Crockett, inspired her to depart from hyper-realistic drawings to more impressionistic images and colors. 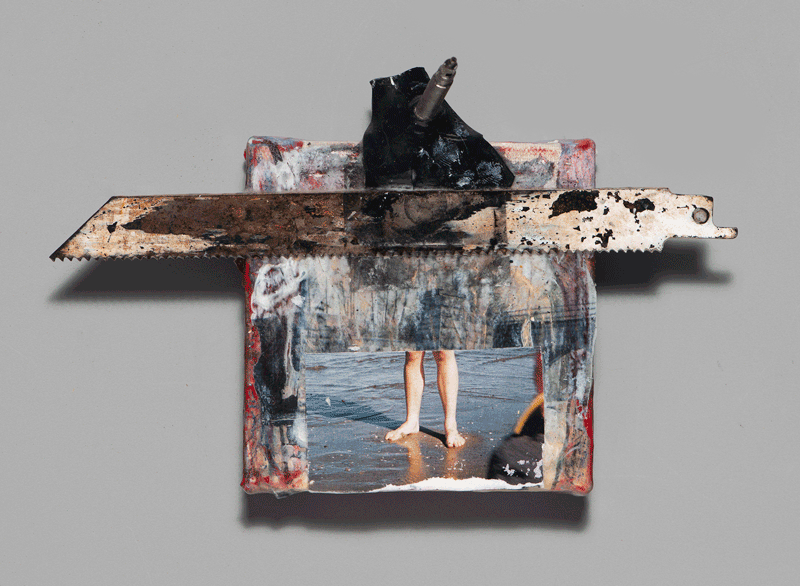 For the next several years, she toggled between jobs in journalism and graphic arts in Eugene until she married and moved to Redmond in 1984. Art in Central Oregon in the late ’80s was dominated by landscape, wildlife and Western themes. McMullen—who around this time changed her name from Carol to Lloyd in response to studies showing bias against artists with feminine names—joined with other artists to focus on more contemporary art. They formed Artists Local 101 and started off with a novel format to display local work.

They bought two vintage cigarette vending machines refurbished to dispense hand-painted art on blocks cut to the size of a cigarette package. A buyer could put $4 in the machine and take home an original piece of art. The heaviness of the machines and difficulty of moving them from various locations eventually scuttled the project.

Local 101 however, still grew its membership and held innovative exhibitions in random locations over the next ten years. “We partnered together to instigate contemporary art,” McMullen said. “This rowdy, random group had some of the best artists in town and a lot of stuff came out of it.”

McMullen and others delved into “Trashformations,” an American art movement of the late 1990s and 2000s that prized artwork made from recycled materials. They held a “Trashformations” exhibition outside in the Old Mill District and Bright Place Gallery which is now closed.

To Bee (or not) | Photo by Gary Alvis

“Lloyd has helped to push the edges about what art is in our community,” said Susan Luckey Higden, fellow artist, manager and member of Tumalo Art Co. in the Old Mill District. “Her art is earthy, urban, relevant, wryly humorous and has layered meanings that defy the obvious. Deep conviction runs through every project she does.”

“My art is mixed media and found objects,” she said. Pieces slated for her upcoming show entitled “Brave New World” include a barracuda made from found a fishing net and a six-foot-long cockroach, along with a 3D porcupine and smaller wall studies of moths, bees, a hummingbird and an owl.

“The show explores how we adapt to survive in our changing world,” she said, citing climate change, COVID, gun violence, rising bias and hate crimes as well as personal loss. “Everyday dawns with new challenges. What’s next? I want to remain optimistic; my work is hopeful. These times demand truth and tenacity.”