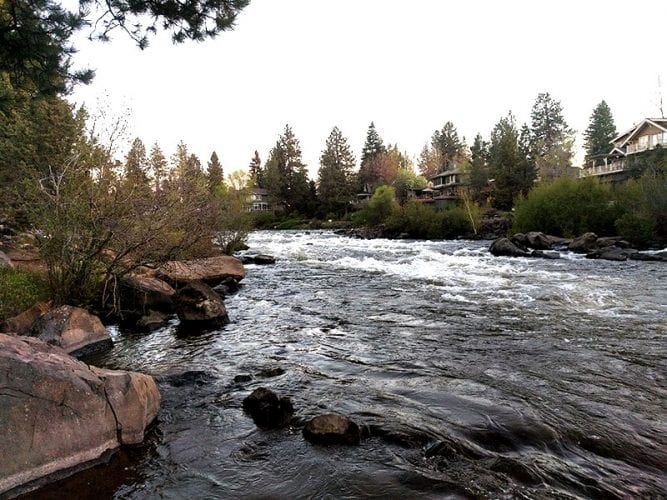 You don’t have to go far to find nature’s solitude in Bend. Through the Bend Park & Recreation District, there are 65 miles of urban trails that can be explored almost year-round. The trails cover many different landscapes, including parks, natural forests and urban areas. Many of the trails are accessible or have sections that are accessible. Here are some favorite trails to explore in town.

The Deschutes River Trail is a 19-mile trail that runs parallel to the Deschutes River and extends from Tumalo State Park to Meadow Camp, with connections to Sunriver in the works. The popular trails aren’t fully connected yet, but they all can be accessed from four different parks across Bend.

Awbrey: Located north of Sawyer Park, the Awbrey section of the Deschutes River Trail is unpaved and includes a few moderate hills. The middle stretch of the trail runs along the top of a canyon, allowing for spectacular views of the Cascade Mountains and Deschutes River below. The trail connects to Mt. Washington Drive.

Pioneer: Located between McKay Park and Pioneer Park, this easily accessible trail follows sidewalks through downtown and passes through Drake Park on Mirror Pond. There are several footbridges crossing the Deschutes River on this scenic urban trail.

River Run: Passing through neighborhoods and over the Tumalo Irrigation canal pipe, the River Run section is one of the flattest sections of the Deschutes River Trail. There are water and trail accesses at First Street Rapids Park and Riverview Park. 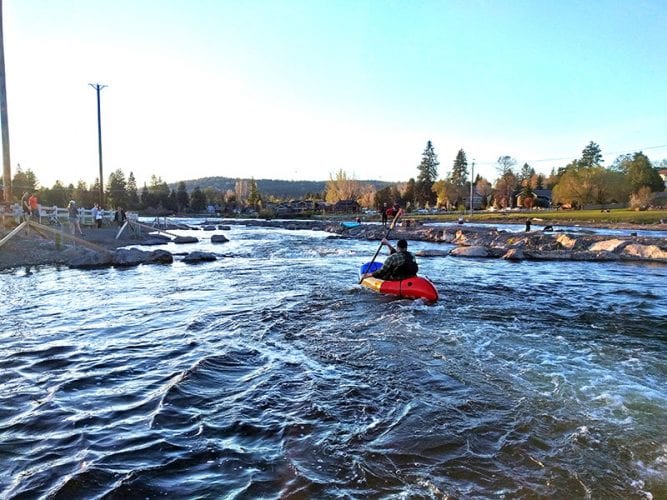 Shevlin Park is home to one of the most diverse growths of a forest at this elevation. There is an abundance of animal life including birds, deer, elk, bears and even occasional cougars. Dogs must be on a leash on the Shevlin Park trails because of the wildlife. The 6-mile trail follows the canyon rim with a few short and steep hills. The loop runs through old growth ponderosa pines and crosses Tumalo Creek twice. The Tumalo Creek Trail is 2.5 miles long and follows the creek upstream from the park’s south entrance. Mountain bikers are also allowed on the trails and are often sharing the Mrazek Forest Service Trail with hikers.

The Larkspur Trail extends about 4 miles between Pilot Butte Middle School and Larkspur Park. Users can add an additional mile by climbing the Pilot Butte Trail.

The Central Oregon Canal Trail spans a little more than 3 miles along American Lane to Alderwood Circle. It is an easy urban hike that follows concrete, dirt, and gravel along an irrigation canal. There is an additional part of the trail that spans between Blakely Park and Brookswood Boulevard.

The Cascade Highlands Trail spans about 4.5 miles and is good for hikers and mountain bikers. The trail begins at Overturf Park on 17th Street and travels west over Overturf Butte through neighborhoods to Mt. Washington, and continues through the Cascade Highlands and connects to the Forest Service’s Phil’s Trail system.

Explore Bend Park’s and Recreation’s Trail Maps if you are looking for more information on Bend’s incredible trail system!

Share This Article
« The 77th Annual Sisters Rodeo Kicks off in June
A Bold, Modern and Sustainable Home in Bend »