For some Central Oregonians, the competition for housing and living wage jobs is more than an inconvenience, it’s an obstacle that can trap them in a cycle of poverty and homelessness. 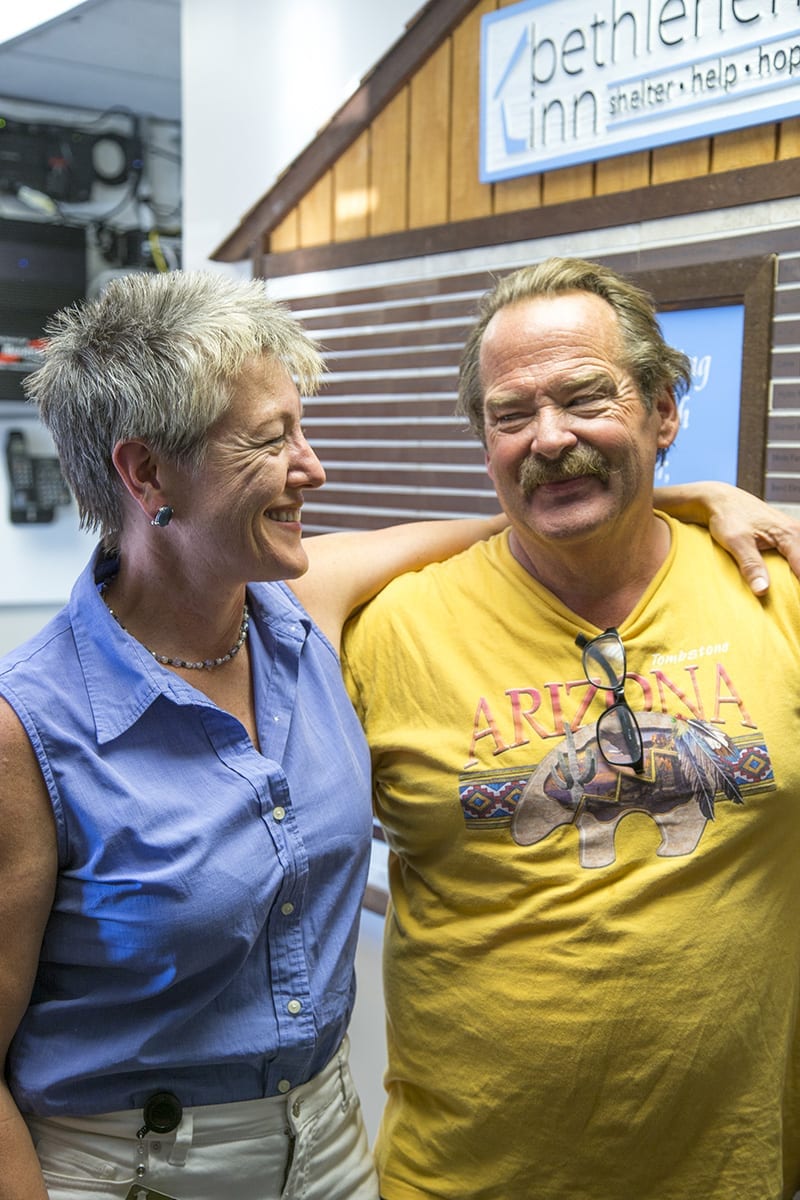 Executive director Gwenn Wysling cites that struggle as one of the key factors in people needing Bethlehem Inn, a nonprofit emergency shelter in Bend. “It is just one bad break, sometimes one bad break after another,” she said.

Each year, Bethlehem Inn helps more than one thousand people who are experiencing situational, or temporary, homelessness. The nonprofit opened its doors in 1999 and has occupied its current space, a renovated motel on old Highway 97 in Bend, since 2007.

Bethlehem Inn can currently feed and house about ninety people a night, including up to five families. It also is the only shelter of its kind in Central Oregon, which has seen an increase in homelessness—up thirty-one percent in two years—according to the most recent Point-in-Time homeless count conducted by the U.S. Department of Housing and Urban Development.

This past summer, the organization broke ground on the first phase of expanding their facility, which will increase the number of beds, be more accessible for an aging homeless population and add a commercial kitchen where volunteers can prepare meals onsite. With modern upgrades such as solar panels, it will help the organization operate at a lower cost per resident.

Soon, Bethlehem Inn will begin a second campaign to raise the rest of the funds to finish the expansion, which will double the amount of families they can support.

Above all, Wysling highlights the empathy and support that is found in the community at Bethlehem Inn. “We’re that place that can really offer that respite and that place of hope and renewal,” she said.